The world’s central banks are on a desperate mission to stave off deflation. But even if their short-term fixes work, the long-term outcomes may have unplanned results. 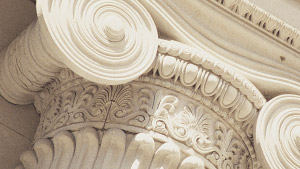 Central banks are in an unenviable position. They control nearly $11 trillion in reserves, more than at any other time in history. And in many cases their actions have been responsible for cushioning some of the damage from the widespread malaise in the global economy. Certainly the intervention of the central banks after the panic of 2008, controversial as it might have been, brought the global economy back from the precipice. But with their own reserves suffering from ultra-low returns and national economies continuing to drift aimlessly, they are starting to engage in more drastic action.

Central banks are being asked not simply to be liquidity managers but to be money managers on a grand scale, and also to catalyze economic growth and development. And they are being asked to come up with strategies—domestic and global—that allow for the mobility of capital between nations and within nations. More important, they are being asked to be champions of all business—not simply the multinationals that have been beneficiaries of their policies but also the SMEs that generally have been neglected in economic models and policymaking. Central banks—from the US Federal Reserve and the Bank of England to the Bank of Japan, India’s RBI and the Bank of China—are being asked to be the new economic game changers, especially as fiscal policymaking becomes mired in global politics and domestic partisanship.

“It’s a giant experiment on a massive scale. They are following patterns that have been analyzed in theory but never really put into practice,” says Harold Vogel, author of Financial Market Bubbles and Crashes and a financial industry analyst. “No one is sure of what the outcome will be or even how effective it will be.”

Ironically, the central banks have to stay healthy themselves in order to initiate change.

Toyota Motor, in spite of a sales slump in China, its largest market, revised upward its net profit outlook to $8.7 billion from $7.9 billion. And it projected revenue of $269.1 billion, compared with $262.9 billion in its prior outlook. Canon raised its full-year operating profit forecast by $300 million, acknowledging that the weakening yen had inflated its overseas earnings. The firm, which derives nearly 80% of its sales overseas, lifted its operating profit forecast to ¥450 billion ($4.5 billion) from ¥410 billion. Sony also raised its operating profit estimate to $2.3 billion, compared with the $1.3 billion it forecast in February. It doubled its net profit forecast to $410 million.

"It’s a giant experiment on a massive scale. They are following patterns that have been analyzed in theory but never really put into practice."

When the Bank of Japan in early April announced that it would increase purchase of domestic government bonds in an attempt to keep yields low, Japanese investors initially reduced their overseas holdings and grew their portfolios of domestic equities and real estate, according to data provided by Japan’s Ministry of Finance. However they have since begun to again grow their international investments.

“Reflating the Japanese economy has never happened before,” says George Joseph, managing director of CapAleph, a private equity fund based in Bangalore, India. And although it has boosted short-term profits and brought a semblance of health, the longer-term impact is mixed—for Japan and for the countries in its trading universe, says Joseph.

For Japanese companies, which have to rely on raw material imports for manufacturing, imports will begin to get more expensive and eat into future profitability. And for their multinational rivals, there will be a period of conservative growth, a deferral of capital expenditures and a drop in profits. “You may have solved the immediate problem of stagnation, but you still wouldn’t have solved the problem of economic growth,” says Vogel.

LOW INTEREST RATES: DRIVING GROWTH?
In early May the ECB cut its main interest rate, the main refinancing rate, by a quarter point to 0.50%. And this occurred in spite of ECB president Mario Draghi’s having previously argued that he wanted to be cautious because of the unforeseen consequences of the move. The euro rose in value around the time the rate decision was announced, only to fall through the floor later on during the ECB president’s press conference, dropping 0.7% against the dollar. “It’s like opening the windows in a convertible when the top’s already down,” one market commentator noted.

A key reason for central banks to continue keeping interest rates low has been to shift investors away from safe but low-yielding fixed income instruments to higher-yielding and riskier investments such as equities and real estate. That is certainly happening in Japan. And the record levels at which the various major markets are trading suggest that the strategy is working. But the other supposed goal of the strategy—to encourage corporations into a wave of new capital expenditures—has not been immediately evident. The flux in the market combined with the floating exchange rates is pushing corporations into a conservative stance until they can see how things are shaking out, notes CapAleph’s Joseph. “You will see a cautious attitude towards capital spending, especially among multinationals that are competing globally,” he adds.

The low interest rates have, however, led to massive corporate borrowing. In April, Apple Computer raised $17 billion in a corporate bond offering that was several times oversubscribed. Investors are being paid only 0.5% for Apple’s three-year debt—less than the US Treasury rate of 1.7%—but 3.9% for the 30-year debt. The borrowing is ostensibly to buy back its own shares. But for a company that has more than $100 billion in cash, to borrow instead of investing existing funds is clearly an anti-growth choice—despite its validity in low borrowing costs for the company. Other technology companies are following suit. IBM is raising $2.25 billion, Microsoft nearly $2 billion and Texas Instruments $1 billion.

"At the large multinational, the tendency is going to be conservative and plan-for-the-worst."

The low rates are also encouraging some mature technology companies to go private. Dell Computer is in the midst of a $24.4 billion takeover bid, led by Michael Dell, the firm’s founder, and Silver Lake Partners, a West Coast private equity firm. Two other private equity firms, Bain Capital and Golden Gate Capital, are spearheading the drive to take BMC Software, another Texas technology company, private. The privatization, on the table for more than a year, is expected to be valued at more than $6.5 billion.

Indeed low interest rates and central banks’ move away from just government bonds has unleashed a wave of corporate bond selling. Sinopec, the giant Chinese petroleum and petrochemicals company, raised $3.5 billion in April—and now plans to raise $3.6 billion in a May IPO. CNOOC, the Chinese oil company, raised $4 billion in Asia’s largest bond offering since 2003. In April, Diageo, one of the world’s largest premium drinks distributors, initiated a $3.25 billion, four-tranche offering priced between 0.625% and 3.875%.

MIXED MESSAGES
Can borrowing long term, even at the bargain basement interest rates that are being offered, bode well for the future? “You’re not really creating an environment for high-powered growth,” says Vogel. Companies can pay dividends, wiping out excess dilution and raise their EPS (earnings per share). “But, like Apple, they’re also sending out a message: ‘We don’t know what to do,’” says Vogel.

Most businesses and business leaders are still sitting on the fence. “CEO confidence improved again, but still remains rather weak,” notes Lynn Franco, director of economic indicators at US research and analysis body The Conference Board. The Conference Board Measure of CEO Confidence, which had increased in the fourth quarter of 2012, improved again in the first quarter of 2013. But the expectations are that conditions will only modestly improve in most markets with the exception of Europe, where the outlook for the next six months remains pessimistic, according to the survey.

CapAleph’s Joseph does not expect to see too many changes in corporate strategy until there is more clarity in the central bankers’ moves and policies and the volatility in exchange rates diminishes. Until rates and prices stabilize, expect companies to defer capital expenditures, says Joseph. “At the large multinational, the tendency is going to be conservative and plan-for-the-worst.”

RISKY ASSETS: EQUITIES
For the smaller central banks, the focus has simply been on restoring health to their portfolios. They are moving out of US Treasuries into riskier assets—uncharted waters for many. And there is fear that their forays will destabilize markets that already are unstable. A study by Scottish bank RBS of 60 central banks found that a majority of central bank reserve managers are now investing in markets and currencies they would not have previously considered. A quarter of the 60 managers said that equities were already part of their reserve management or would be within five years. Many said they are seeking to diversify into nontraditional currencies, emerging debt, gold and equities in response to low yields from traditional asset classes.

The Bank of Israel announced that it will increase its stock holdings to as much as 6% of foreign exchange reserves, or about $4.5 billion, up from 3% at the end of 2012. Investments in equities have risen to about 4.5% of assets in the first four months of 2013, as the institution made a “small allocation” to European equities in addition to its US funds, notes Yossi Saadon, a Bank of Israel spokesman.

Almost simultaneously the Swiss National Bank announced that in the first quarter of 2013 it had made its most aggressive purchase of equities. The purchase pushed the share of equities in the bank’s $477 billion portfolio to 15% from 12% in the fourth quarter of 2012, according to J.P. Morgan analyst Paul Meggyesi in his Global FX Strategy report. The bank still holds around $84 billion in cash reserves, notes Meggyesi, reserves that could be used for additional equity purchases.

THE NEW GROWTH DRIVERS
Monetary expansion policy—the generic central bank prescription for most ailments—has come under attack from all sides. In an interview with the Financial Times, Bill Gross, who runs fund manager Pimco’s Total Return Fund, suggested that expansionary monetary policies can be counterproductive. “Markets are beginning to wonder about the magic of not only the US Federal Reserve but the Bank of England and the European Central Bank and maybe even the Bank of Japan in terms of whether this will all work out in the end,” said Gross to the FT.

Indeed, many economists believe that if the liquidity created by monetary easing does not reach down beyond the big business level to SMEs, much of the effort might be purely cosmetic. Programs, such as Britain’s Funding for Lending program—an SME loan program administered by the Bank of England; the crowdfunding aspects of the US JOBS Act; and the efforts by Central and Eastern European economies to aid their SMEs, must take effect for the central banks’ larger initiatives to be meaningful.

The real movement—and driver of growth—may finally be from the SMEs in emerging and frontier markets that are serving their domestic economies, sheltered from the volatility in the global economies and prices. Says Joseph: “The entire thinking: There is growth; cater to growth.”