Apple’s $17 billion corporate bond offering was not only the largest in history, but it exemplified a clever financial strategy that will save the company billions of dollars in US taxes. Apple was able to borrow at record-low interest rates, while it avoided tapping into its $100 billion cash pile sitting outside the US. 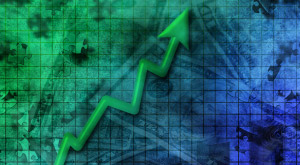 The company will use the proceeds of the record bond sale on April 30 to help fund its plans to return $100 billion to shareholders over the next three years via dividends and a record share buyback. If the company had used its overseas money instead, Apple would have faced an estimated $35 billion US tax bill (at a 35% tax rate) for repatriating the funds. Goldman Sachs and Deutsche Bank handled the sale.

The ease with which the corporate bond market absorbed the six-part bond issue, which attracted $52 billion of orders, confirmed a continuing strong appetite for debt of a new high-quality name, despite paltry returns. However, investor Warren Buffett of Berkshire Hathaway said he wouldn’t touch the issue because the yields were too low.

FIVE BASIS POINTS OVER LIBOR
Apple, which recently passed ExxonMobil as the world’s most valuable company, borrowed $5.5 billion for 10 years at an annual yield of 2.415%. It also issued three-year notes at 0.511%, five-year debt at 1.076% and 30-year bonds at 3.883%. In addition, the technology company issued three-year floating-rate notes at 5 basis points over the three-month London interbank offered rate, and five-year floaters at 25 basis points over Libor. The last time Apple borrowed in the corporate debt market was in 1994, when it paid 6.5% interest on $300 million of 10-year bonds.

Apple, which makes iPhones, iPads and Mac computers, has been under pressure from investors, including hedge fund manager David Einhorn, to find ways to return some of its $145 billion cash hoard to them. Standard & Poor’s rates the company AA+, while Moody’s rates it Aa1.

LONG-TERM RISKS
Moody’s analyst Gerald Granovsky says there are inherent long-run risks for any company with high exposure to shifting consumer preferences in the rapidly evolving technology and wireless communications sectors. “From a pure corporate finance theory perspective, this was a no-brainer,” he says. Apple generates more than $45 billion a year in free cash flow.

With the help of Apple’s $17 billion bond, investment-grade corporate debt issuance in April totaled more than $100 billion, making it the highest total for any April since 2008. Flows into bond funds during the week ended May 1 totaled a record $10.3 billion, while outflows from money market funds exceeded $21 billion, according to EPFR Global. Flows into high-yield bonds hit a 31-week high, as the search for yield drove fixed-income flows. Some $3 billion moved into European bond funds, as Spanish debt attracted buyers.

FRONTIER MARKETS BONDS
A lack of new issues from the most-liquid emerging-markets sovereign issuers has encouraged investors to venture into frontier markets. Rwanda issued its first international bond, attracting more than $3 billion of orders for its $400 million sale of 10-year bonds. Other African countries, including Angola and Zambia, have sold their first bond issues recently. For the year to date, there has been a record $400 billion of bond sales in emerging markets, according to Dealogic.

Meanwhile, high-yield corporate issuers in Asia have already set a record for any full year. As of mid-April, high-yield issuance in the region totaled more than $18 billion, surpassing the previous full-year record of $16.2 billion set in 2010, Dealogic reports. Recent issues have come from companies in India, Indonesia and the Philippines.

Latin American corporate issuers also have been active. Transportadora de Gas del Peru, the country’s largest pipeline operator, sold $850 million of senior notes on April 25, in the largest debt offering on record by a Peruvian corporate issuer, according to Milbank, Tweed, Hadley & McCloy, which advised the issuer. The 15-year notes gave a yield of 4.25%.

In the US high-yield market, total issuance in April was $21.7 billion, down from $30.4 billion in March, according to KDP Investment Advisors. The biggest issuer was DISH DBS, a unit of DISH Network, the second-largest US satellite TV company, which raised $2.3 billion in a two-part sale of five-year and seven-year senior notes. DISH Network later made an unsolicited $25.5 billion offer for Sprint Nextel.

Continental Resources, an Oklahoma exploration and production company focused on the Bakken, Cana and Niobrara shale plays, issued $1.5 billion of 10-year senior notes with a coupon of 4.5%.

In Europe, issuance in the hybrid corporate bond market totaled $20 billion for the year to date at the end of April. That was more than double the previous full-year record in 2006. Banco Bilbao Vizcaya Argentaria, a leading bank in Spain, issued $1.5 billion of perpetual debt that can be converted into equity. It thus became the first European bank to strengthen its Tier 1 capital under new Basel III regulations for contingent convertibles.

The new rules allow the securities to be counted as capital, since they can absorb losses outside of a default. BBVA could stop paying coupons on the bonds in the event of a crisis.

The bond will convert into equity if BBVA’s core equity Tier 1 capital ratio falls below 7%. BBVA, Bank of America Merrill Lynch, Goldman Sachs and UBS were lead managers on the deal. 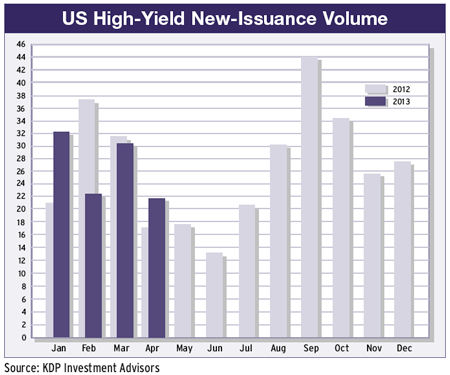 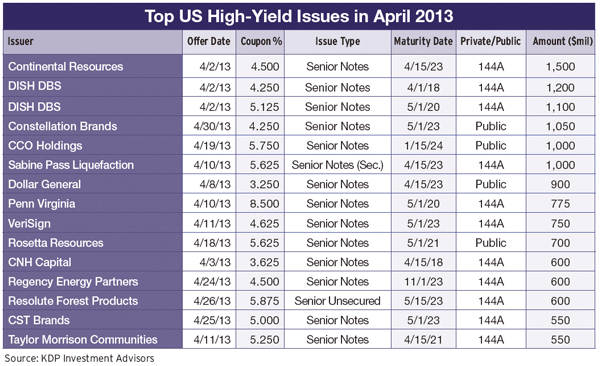