Japan has been invited to participate in negotiations that extend the reach of Nafta into South America and the Asia Pacific region. 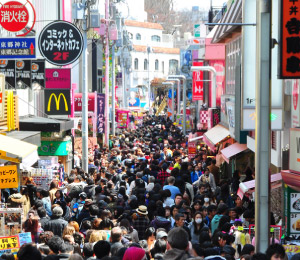 Other members of the Trans-Pacific Partnership (TPP), expected to be the world’s biggest free-trade zone, include the US, Canada, Mexico, Peru, Chile, Vietnam, Malaysia, Singapore, Brunei, Australia and New Zealand. With Japan, the world’s third-largest economy, the proposed trade agreement would encompass markets valued at about $25 trillion with 800 million people.

“The TPP would bring most import tariffs among its member countries to zero,” says Ian Gillson, senior trade economist at the World Bank in Washington. “But it would also include broader provisions that go beyond import tariffs on goods.”

The TPP’s ambitious plan is to provide a common framework covering a host of sticky economic issues, such as services trade, foreign investment, domestic regulations, government procurement and intellectual property. It is even expected to set minimum labor and environmental standards for its members.

President Barack Obama has been a particularly vocal advocate of the agreement, hoping it will help pull the US economy out of its prolonged doldrums and at the same time act as a counterforce to China’s growing influence in Asia.

“There is no question that if the TPP were fully implemented, it would have dramatic effects on both international trade and foreign investment patterns,” says Walid Hejazi, a specialist in international business at the University of Toronto’s Rotman School of Management. “It will build economic linkages between North and South America and the emerging economies in Asia.”

Japan is in a particularly interesting position because it is not only looking to join the TPP but is also negotiating an FTA with the EU and membership in the Regional Comprehensive Economic Partnership, which includes the Asean group of 10 countries along with China, South Korea, Australia, New Zealand and India. This strategic bargaining position creates an opportunity for Japan to become the hub of global trade in the 21st century. TPP members hope to conclude talks this year, but trade experts say they will likely continue into 2014.