Another tax haven is set to unveil its operations, this time in Western Europe. Luxembourg recently agreed to share confidential banking details belonging to multinational companies with its neighbors. 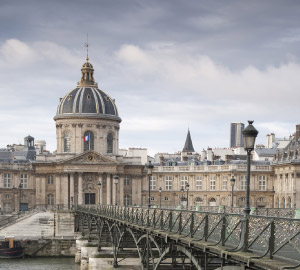 The move, which will help Luxembourg shed its image as a tax haven among its European Union peers, also aims to help other countries increase the flow of tax revenues, revenues that governments across the planet—but particularly in the US and Europe—desperately need in order to right their fiscal ships.

The transparency initiative took many aback. “This is a huge change. Bank secrecy is part of Luxembourg’s constitution,” says Peter Vinella, a director at the Berkeley Research Group consultancy. “I was shocked.”

Germany has put pressure on its neighbors to open up their banking sectors with the aim of finding otherwise hidden revenue sources. The US has applied pressure too, as many big North American multinationals have stashed holdings overseas for tax reasons. “Governments want their money, and they are forcing other governments to make sure that they get their money,” Vinella notes.

Still, don’t expect too much of an impact, as businesses can always find a new tax haven when one disappears, especially in Asia. Says Vinella: “China, through Hong Kong, is actively trying to be a tax haven.”

The Luxembourg economy relies heavily on banking, the secrecy of which has made the country one of the richest in the world. In 2012, Luxembourg was the second-richest country on the planet when measured by GDP per capita. At just shy of $80,000, it trailed Qatar at just over $106,000. Some estimates place the country’s banking assets as high as 22% of gross domestic product. The country also agreed recently to disclose more information on individual savers.