It is time to address developmental roadblocks globally if the world’s food supplies are to meet demand over the next 40 years. 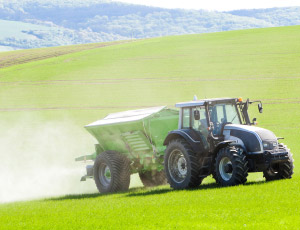 There is probably no industry where the basic laws of economics—demand and supply—work better than in the world of agribusiness, as the past year demonstrates. Some of the most extreme weather in recent history (drought in the US, a wash-out summer in Western Europe followed by freezing conditions in early 2013) led to predictions of shortages and price rises for most agricultural commodities for some time to come.

However, the reverse is now under way: Industry execs are worrying over price falls this year.

The main reason for the agricultural commodity price drop, of course, is that in response to the high prices of the past two years, farmers and agribusiness concerns invested madly, with the result that the supply of most agricultural products is now abundant.

Most observers, regardless, are optimistic that overall profits within the sector will hold steady, despite the impact of weather and short-term changes in supply and demand. Martin Richenhagen, CEO of agricultural equipment maker AGCO—which owns Massey Ferguson and Fendt, among other brands—admits the droughts and floods of last year were challenging but points out that insurance covers a lot of those losses. In the US, as an example, 85% of farmers have insurance.

“Yields in the US were down 20% but prices were up 25%, and we had a great year with farm equipment sales at record levels,” Richenhagen notes. This year, although overall demand is expected to be relatively flat because of Europe’s stalled economy, AGCO’s net sales in the first quarter were up 5.7% to $2.4 billion.

INCREASING DEMAND
The overall industry trend, moreover, is clear. With the global population projected to rise from today’s seven billion to nine billion by 2050 and incomes in developing countries continuing to grow, output needs to increase by 20% a decade for the next 50 years if the resultant increase in demand is to be met.

Short-term challenges are considerable: The industry needs an additional 90 million tons (m/t) of grain each year for the next 10 years, an extra 30 m/t of dairy produce and an extra 20 m/t of oil seeds. The agribusiness industry must boost mechanization where output is growing, help develop new products and techniques, and improve storage and distribution to prevent wastage, which in developing countries can be considerable. Given that much of the expansion in agribusiness is expected to come from emerging markets, it is essential that these challenges be addressed.

A recent OECD-FAO (Organization for Economic Cooperation and Development and the United Nation’s Food and Agricultural Organization) survey found that annual agricultural growth in emerging countries would rise 1.9% a year against the 1.2% a year expected in developed countries. And two emerging regions have materialized as key to future development: Eastern Europe and sub-Saharan Africa.

Russia, Ukraine and Kazakhstan were once called the continent’s breadbasket, famed for its huge acreage of arable land and the black humus and mineral-rich soil, known as chernozem. However, advances have fallen short of expectation in recent years, with corruption and underinvestment holding back growth. Per thousand hectares, Russia deploys just three tractors compared with 25 in the US, and yields are well below the average in developed markets. But the potential is enormous: These three countries are capable of doubling their wheat and cereal production over the medium term even without any major investments.

The good news is that local companies are increasingly undertaking major investments—often backed by international financial organizations. “We concluded €1.3 billion ($1.7 billion) of investments last year, including projects undertaken with co-financing, which is important because it shows companies and banks are increasingly prepared to invest in this field,” says Gilles Mettetal, head of the European Bank for Reconstruction and Development (EBRD) agribusiness unit, which now accounts for well over 10% of total bank business.

Mettetal argues that the private sector is key to helping these countries realize their potential because the sums needed are so huge: between $40 billion and $80 billion in Ukraine and much more in Russia. But he adds that local companies are increasingly efficient and transparent and that even governments here are realizing they need to create an open business environment. “I keep being impressed by the quality and also the transparency of companies in this sector. Things really have improved a lot.” He says, however, that corruption and land tenure issues are holding back investment. International banks are wary of committing funds in situations where there is effectively no collateral: In Ukraine private firms cannot own land, while in Russia there are often disputes over title.

Africa—specifically, sub-Saharan Africa—also holds huge potential. Companies like John Deere, CNH and AGCO are investing heavily: little wonder, perhaps, given that the continent is reputed to have 60% of the world’s arable land, with only 20% of it farmed. Investors have been buoyed by the improvements in democracy and the rule of law across the continent. Improved transparency and corporate governance have followed, with countries such as Mozambique, Ghana and Zambia leading the way.

AGCO chose Zambia as the site for its ambitious 150-hectare future farm project, which will train agribusiness SMEs to use the latest equipment, machinery and techniques. AGCO plans to pile $100 million into Africa over the next few years.

There are numerous challenges to investing in the continent, however. “Africa holds the key, but large, decent, listed companies are needed to put in long-term investments and finance. A long-term vision is needed. Often governments act on a short-term basis,” says Sierk Plaat, an analyst for Rabobank in Zambia. Citing underinvestment—for example, soil quality is declining because fertilizer use is about eight kilos per hectare when it should be 250-300 kilos—he says finance is one of the biggest bottlenecks. Lack of collateral, poor banking and limits on long-term financing are prime roadblocks, and inadequate education is also an obstacle.

At the global level other challenges remain, not least poor infrastructure and, of course, the weather. A poll of leading agribusiness concerns taken by Rabobank late last year found that, apart from demand from China for commodities, the other key factor likely to affect the industry is increasing weather extremes. There are some things even ambitious investments cannot address.