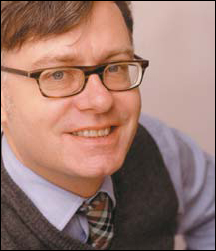 Is Russia now a safe place to do business? An overwhelming “Yes” would at first glance seem to be the answer to that question after oil giant BP sunk around $6.75 billion in a deal with the Alfa and Access/Renova groups. A recent week in Moscow meeting industrialists, bankers and investors for next month’s cover story on the Russian economy left this writer in little doubt about the sense of excitement gripping the country over the prospects of renewed capital flows from abroad.And, certainly, there’s much to be admired in the changes that Russia has gone through since its 1998 crisis.

The worst excesses of gangsterism are largely a bad memory, as is wheeler-dealering by regional governors. Putin’s remarkable popularity has allowed his administration to make inroads on a long list of reforms—though don’t expect any confrontation with entrenched interests in the run-up to elections from this most cautious of presidents.

Despite stresses caused by a high ruble, the central bank and the finance ministry have got a tighter grip on public finances than ever before—thanks partly to cash gushing into the nation’s exchequers from the oil boom, of course.

No, this time around the risks gather much more in the private sector than the public.Buoyant liquidity is fueling a potential bubble in the country’s domestic bond market. The few companies that are being floated on the stock markets are pricing at rich multiples of earnings.

Despite headline-grabbing rises in Russian equity and bond prices, it might be direct investment rather than portfolio buying that brings the biggest rewards for Western investors in coming months.

Private equity funds are clearly lining themselves up for a piece of the action, alongside Western companies looking for strategic purchases. This route offers an advantage that is still crucial to doing business in Russia: the ability to team up with domestic players.

The return of flight capital to Russia is a well-flagged phenomenon, as the country’s rich realize that knowledge of the Russian landscape is perhaps the most precious resource of all. If you can’t be an insider in Russia, at least make sure that, like BP, you’re not a total outsider.