The US corporate bond market rallied strongly in the early weeks of 2003, with lower-rated bonds outperforming higherrated issues. As cash positions remain plentiful, interest rates are holding at historic lows, and spreads of corporate bonds to Treasury securities have narrowed, analysts say. Insurance companies, the largest investors in corporate securities, have too much cash and are chasing too few bonds, says Kenneth Hackel, chief US fixed-income strategist at Merrill Lynch in New York.

“Many insurers must reallocate their investment portfolio from equities to fixed income as stock-market returns languish,” Hackel says.

As investors have had to put money to work, they have been willing in some cases to extend their risk tolerance to higher-yielding sectors.

US interest rates are likely to remain rangebound over the near term at low levels, says Robert DiClemente, chief US economist at Citigroup’s Salomon Smith Barney.

“Rates will continue to be held in check by a combination of below-trend economic growth, a handholding Federal Reserve and lingering safe-haven preferences,” he says.

Overall, business needs for credit continue to be relatively slim and are an important reason why rising US budget deficits are not lifting rates, DiClemente says.

The US Treasury’s reintroduction of three-year notes and more-frequent auctions of five-year securities are just the first steps in financing the growing budget deficits, according to Hackel. 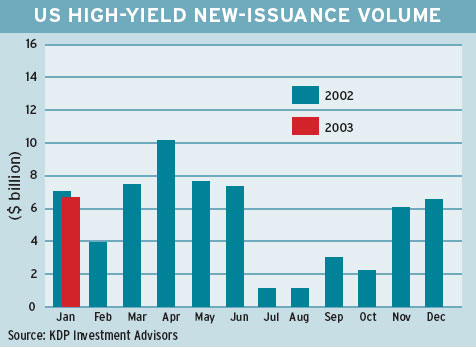 UK-based Mark-it Partners has launched an integrated daily pricing service for the credit markets by securing the cooperation of 11 large trading banks representing half of the global market.

Through an agreement with Mark-it, the institutions provide daily data on their global credit derivatives and cash credit instruments and allow confidential redistribution of the data for use by the wider market.

“At present most credit market participants are struggling to achieve daily price verification on all but the most liquid of assets, and this is hindering the growth of the market,” says Lance Uggla, CEO of Mark-it.The company was founded and is run by former executives of TD Securities. 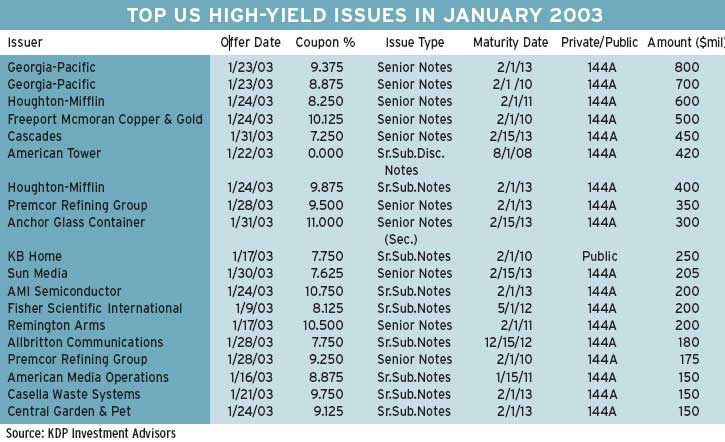