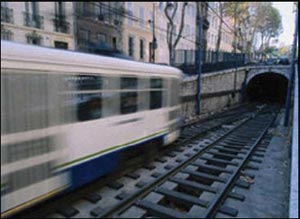 Whoever it was who said that inflation was dead forgot to tell bond investors. They’re snapping inflation-linked bonds as a long-term hedge against rising prices, and that swelling demand is tempting new issuers into the market.

Sean Taor on the syndication desk at Barclays Capital in London, one of the issue’s arrangers, said that for investors the bonds fill the gap between the French government’s 10-year and 30-year inflation-linked bonds. Bond buyers such as pension funds and insurance companies typically have long-term liabilities that are sensitive to inflation—or proxies, such as growth in wages. With oil at $35 per barrel stoking fears over inflation, matching those liabilities has taken on a greater urgency.

Mark Capleton, head of global inflationlinked strategy at Barclays, says that corporate interest in issuing “linkers” is growing on the back of the government market. “The French government have been able to step up their issuance,” he says. “Corporates now are really catching the wave.” The income RFF receives for running France’s railway infrastructure is partly sensitive to inflation, providing a degree of asset-liability matching for the issuer, too.

Coupons on index-linked bonds typically rise in periods of economic growth and dip in a tougher economic environment, making it easier to manage debt burdens.