Newsmakers : Blood In The Aisles 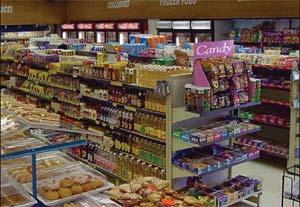 When Icarus flew too close to the sun and melted the wax on his artificial wings, he plummeted to the sea. By comparison, Cees van der Hoeven seems to have been held up by wires. The CEO of Dutch retailer Ahold was ousted in late February after accounting irregularities were discovered at Foodservice, a US ready-meal provider the company had bought in 2000.The cause of the exit came as a shock— and provoked the nowfamiliar bout of hand wringing over accounting standards—but for van der Hoeven the writing had been on the wall for some time.The 55-year-old businessman had tendered his resignation in spring last year, but was asked to stay on by the supervisory board.

Doubts had already begun to accumulate around the business model pursued by the cerebral van der Hoeven since he joined Ahold from Royal Dutch Shell in 1993. In particular, analysts began to question whether Ahold’s relentless pace of acquisitions—the company had grown to a top-three retail monster with over €66 billion of sales across the globe— was matched by quality of earnings.

But it was the botched announcement of the 2001 results—differing accounting treatments put the US and Dutch numbers way out of kilter—and the June 2002 announcement of the company’s first quarterly loss for two decades that really signaled that the wheels were coming off the model.

Van der Hoeven’s ouster will generate a degree of schadenfreude in Europe—particularly in his native Holland, where managers have typically proved better at navigating the choppy waters of international business than others. But it’s unlikely to spark the undisguised glee that accompanied the fall of other would-be grandees such as Vivendi’s Jean- Marie Messier.