WHERE WILL THE NEXT EMERGING MARKETS CRISIS ERUPT? 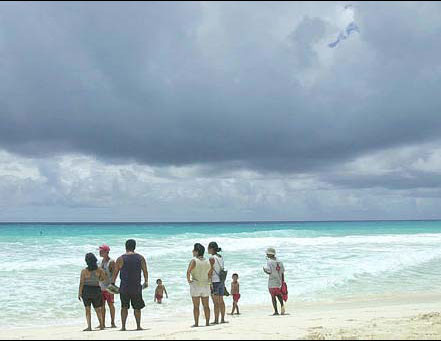 The mere hint that US interest rates would eventually have to increase from their lowest levels in 40 years was enough to send shock waves through some emerging markets, particularly in Latin America, where several major economies are still on the ropes.

While some analysts worry that China’s fastgrowing economy is a bubble about to burst, others are more concerned about fragile financial systems in Brazil and Argentina.

The announcement by the US Federal Reserve after its last meeting that it would be patient in reducing the amount of stimulus it is providing to the economy signaled that interest rates may rise sooner than previously expected.The reaction to this subtle shift in policy caused every currency and stock market in the world to decline, says Stephen S. Poloz, chief economist at Export Development Canada, which provides trade finance and riskmanagement services to Canadian exporters.

For the major economies, there will always be a market response correlated to what happens in the US, Poloz says.“The more important risk for the world is that developing markets will experience a disproportionate reaction,” he says.

Brazil and Argentina, for instance, saw their currencies drop by about 2%, stock prices decline by more than 10% and bond yields rise by more than a percentage point in the wake of the Fed’s new wording.This revealed a degree of financial fragility, especially in South America, that could threaten the nascent global recovery, according to Poloz. It is also a reason that the Fed will have to take a very gradual approach to raising rates, he says.

While US policy stimulus appears to be working, analysts say, there is a danger that by waiting too long to act, the Fed will have to move more abruptly later on.