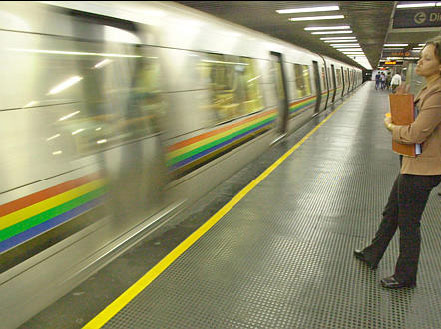 Some things never change. After sitting on the sidelines watching the halting but inexorable rise of the US and pretty much every other markets’ stock indexes last year, many investors seem to have decided, finally, that the time has come to join the fray. In January they piled into US-based mutual funds with a level of abandon not seen since the heady days of early 2000. Initial figures show funds raked in more than $40 billion in that month alone—more than twice the amount invested in December 2003 and almost three times the November total of $14 billion.

Some analysts, however, fear that excitable investors might be trying to board a train that has already left the station. They are concerned not just about the sheer volume of cash pouring into mutual funds but also about the markets into which the cash is flooding. As is so often the case, this year’s hot money is chasing last year’s hot stories.

According to fund flow analysts AMG Data Services, based in Arcata, California, international funds reporting strong inflows included Asia-Pacific (ex-Japan), Japan and Latin America—all regions that had seen strong growth last year and are predicted to face increasing challenges this year. Emerging markets debt funds continued to attract investment, too, despite concerns that they may be heading for a fall (see feature, page 43).

Of January’s $40.8 billion, almost a quarter went into international funds. Not surprisingly, though, flows into Latin America dried up in early February as the main South American stock markets pulled back.

While many investors may come to regret their New-Year exuberance, there is one group of weary souls who will be celebrating: US fund managers. After suffering a truly horrible year during which their entire industry came under a cloud of suspicion, mutual fund managers can rest assured that investors have not completely lost faith in them. Yet.