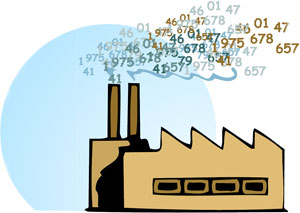 The European Commission has, after several years of negotiations and various incarnations, finally adopted a directive on minimum transparency requirements for listed companies.

The European Transparency Directive is the fourth and final step in the Financial Services Action Plan (FSAP), which also encompasses the Market Abuse Directive, The Prospectus Directive and the adoption of International Accounting Standards (IAS).

Under the directive, shareholders and the public will have access to the sort of information that those in the United States and United Kingdom have taken for granted for many years. The powers that be at the European Union hope the directive will create a new financial reporting regime, which will strengthen investor confidence in both the companies and EU regulated markets as a whole.

The directive applies to all issuers whose securities—equity or debt—are listed on an EU-regulated market. It will apply equally to non-European corporations that currently have a listing on any European bourse. It was officially ratified in December 2004, and all companies affected have a maximum of two years to implement the recommendations.

The implications of the new rules are far-reaching and have a decidedly American ring to them. All securities issuers must provide annual financial reports, which must give a “true and fair view” of assets, liabilities, financial position, and profit and loss. The report must be produced in accordance with International Financial Reporting Standards or equivalent and be audited to International Auditing Standards. The reports must be filed to the issuer’s home member state no more than four months after the company’s official financial year-end. Those issuers that do not already do so must provide semi-annual financial statements and quarterly management reports. The semi-annuals should contain statements relating to risk assessments and major related-party transactions.

While companies may be quaking at the prospect of exposing themselves to such scrutiny, analysts and investor groups have voiced broad approval. Nick Bradley, European practice leader for corporate governance at Standard & Poor’s, says, “Overall we believe that the adoption of the directive is beneficial and will assist in the understanding of companies and markets operating within the EU.”

Bradley points out, however, that the information will be of limited use unless it is widely available. “Just as important as the quantity and quality of disclosure is the access to it,” he says. “Standardization of accessibility is just as vital, as shareholders and other interested parties need to be able to find and analyze the data in a timely fashion.” His concerns are justified, as the directive does not specifically address this issue. All information must be disclosed but only with the various national bodies, some of which offer varying degrees of access to information.

Perhaps unsurprisingly, many corporations are against the new requirements and have actively resisted their adoption. Many firms have been particularly vocal with their concerns that compliance with IAS, combined with the new disclosure requirements, will result in significant financial costs, extra workload and unfair deadlines. In a report released in 2004, summarizing the effects of the directive, the UK law firm Linklaters concluded that “the measures could significantly increase compliance costs for both EU and non-EU issuers of equity and debt securities.”

Their complaints have fallen on deaf ears, and regulators are now looking forward to the time when the complete range of FASP directives cement a new, broader culture of internal and external reporting behavior at EU companies—and a consequent surge in external investors’ confidence. The EU stated that “introducing quarterly financial information should be part of our efforts to persuade international investors to diversify further their investments across world stock markets.”

Dominick Sutton, a director at London-based research firm BoardEx, believes this is only part of the story: “Although flagged by the EU as a significant step in developing a rival capital market to the US, its greatest impact will be on the internal financial reporting behavior of EU companies. It is a significant step towards achieving standardized financial reporting across the European Union.”

Currently, there are widely varying standards across the EU, which makes it difficult for investors to compare firms in different jurisdictions. Analysts complain that the varying levels and timings of disclosure can create significant problems when trying to analyze data across borders—and that it can be difficult to identify financial concerns before they develop into problems that could have a negative impact on investors.

Bradley also feels that this is important. “With the growth in sector-based investment, there is a much greater need for shareholders and fund managers to be able to compare information on a like-for-like basis,” he says.