Sistema, a Russian conglomerate controlled by billionaire Vladimir Yevtushenkov, raised $1.35 billion last month in the form of global depositary receipts that are traded on the London Stock Exchange.

The sale, which was handled by Morgan Stanley and Credit Suisse First Boston, was the largest-ever initial public offering in Russia. 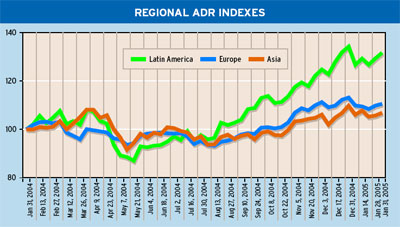 Sistema plans to use some of the proceeds of the GDR offering to acquire telecom providers in Ukraine, Kazakhstan and India. It also wants to participate in the planned privatization of national telecom holding company Svyazinvest.

Yevtushenkov, a former Moscow government official who founded Sistema in 1993, saw his holding in Sistema reduced to about 65% from 78% following the IPO.

The record Russian IPO overshadowed other recent capital raisings in the DR market, including offerings by two Indian companies.

Morgan Stanley and Merrill Lynch were the joint global lead managers for the issue.

One ADR is equivalent to three ordinary shares of HDFC Bank. The ADRs trade on the New York Stock Exchange. JPMorgan Chase is the depositary bank for the program.

HDFC Bank plans to use the proceeds from the offering to fund growth.

The second Indian company to tap the DR market was Essar Projects, the construction and materials subsidiary of India’s Essar Group, a conglomerate with interests in oil and gas, steel, power, shipping and telecommunications.

Mumbai-based Essar Projects raised $86 million through an issue of GDRs at the end of January. Essar plans to use the proceeds to partially fund the group’s Vadinar oil-refinery project in Gujarat.

Bank of New York is the depositary bank for Essar Project’s GDRs.

The largest equity-capital market transaction worldwide in January was Kuwait Petroleum’s sale of a $3.4 billion stake in French pharmaceutical firm Sanofi-Aventis, according to London-based Dealogic.

Western Areas holds a 50% interest in the South Deep joint venture with Placer Dome. For the past decade, South Deep has been developing the Twin Shafts gold mine, southwest of Johannesburg.

JPMorgan Chase established an ADR facility for Mediaset, which operates three television channels in Italy and has a controlling stake in Spain’s Telecinco. Mediaset is listed on the Milan Stock Exchange.

Citigroup established an ADR program for Hurray Holding, which provides wireless services for mobile phones in China. Hurray is a market leader in wireless application protocol, or WAP, services over China’s 2.5G networks. The ADRs are listed on Nasdaq, and each ADR represents 100 ordinary shares.

Citigroup also set up a Nasdaq-listed program for pSivida, an Australian biotechnology company that is developing drug-delivery products using nanotechnology.