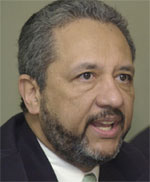 US President George W. Bush may have only recently shunted social security reform to the top of his to-do list but in Latin America the issue has been on the agenda since the 1980s, when Chile moved to put pension and social security benefits under private management. The IMF and World Bank later promoted the Chilean model as a tool to tame fiscal deficits. Peru, Argentina, Colombia, Uruguay, Bolivia, Mexico and El Salvador adopted private pension systems in the 1990s. Costa Rica reformed its social security in 2000, while the Dominican Republic launched the process in 2003 for completion next year. Brazil adopted a “mixed” system of public and private management in 2003. Nicaragua hopped on the bandwagon just this year.

However, the dismantling of publicly-funded solidarity-based systems has left many with no safety nets. A World Bank study published last year says that, while pension reforms eased fiscal strains on the region’s governments, they failed to offer formal protection for much of the population. In Mexico, where 52% of retirees already live in poverty, another 19 million workers in the informal economy will have no pension coverage. The government is expected to send a pension reform bill to Congress that offers guaranteed minimum pensions.

“Social security reform in Latin America has fundamentally remade systems that were bloated and inequitable, but the failure to extend coverage to a broader segment of society makes it premature to call the reforms a success,” says Guillermo Perry, World Bank chief economist for Latin America.

Not having private accounts could also create headaches. Panamanian economy minister Ricaurte Vásquez is also concerned that his nation’s bankrupt state-run social security agency may threaten the government’s financial stability. “That’s not any different than the social security and deficit problems faced by Alan Greenspan in the US,” Vásquez said in a press interview. “In fact, during the last IMF annual meeting, he and I were discussing this and I offered my services as a consultant because, while the numbers in the US are larger, in Panama they are proportionately higher.”