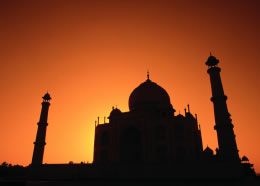 Indian technology companies have long been in demand from private equity investors, but now that demand has enveloped sectors ranging from retail to real estate. In addition, global investment structures are emerging in the private equity drive that show the market is both maturing and getting stronger. First, New York-based Coller Capital, which specializes in the global private equity secondaries market, has carried out what is considered to be the first secondaries transaction in the Indian private equity/venture capital space by buying assets being liquidated from ICICI Ventures-managed Advantage Fund I. Coller has reportedly committed $35 million. Second, Thomas Weisel Partners Group, a San Francisco-based private equity firm, has created a $300 million US-based fund of funds for venture capital and private equity going into India. It is thought to be the first such fund. Both these developments underscore the serious interest that global investors have in the Indian market and the fact that private equity flows are now moving into higher gear, with greater liquidity being created for long-term institutional players.

So far, a lot of the private equity flows into India have come either from corporations looking to invest in new technologies pertaining to their sectors or from large funds that have a diversified global base and adequate resources to enable a plunge into India. Companies such as Cisco, Intel and AMD have committed huge resources for private equity in India. Now the evidence is that smaller and more specialized deal shops are getting in on the act. One of the largest private equity investments into India came from Warburg Pincus, which invested more than $1.1 billion in Indian companies. One of its earliest investments, a $300 million investment in Bharti Televentures, made between 1999 and 2001, was a huge success. Warburg sold two-thirds of its investments for a total of $1.1 billion, including a single block sale of $560 million in the first quarter of 2005. Private equity successes like Bharti Televentures have prompted other large private equity groups such as Carlyle and Blackstone to commit to India, while Citigroup Venture Capital (CVC), which is also one of the larger funds active in India, has decided to look for larger deals compared to the smaller-size deals it did in the past.