The European Bank for Reconstruction and Development has found new relevance—and a key role—in the aftermath of the financial crisis. 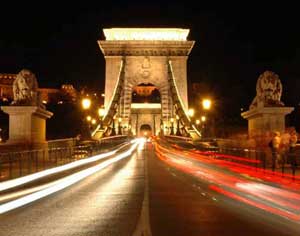 Aside maybe from Goldman Sachs and J.P. Morgan, few banks have emerged from the global downturn seemingly in better shape than they went into it. Even fewer have come through with reputations enhanced, becoming a focus for congratulation rather than opprobrium for how they handled things during capitalism's great crisis. One that has is the European Bank for Reconstruction and Development (EBRD).

At first glance, the EBRD appears to have little cause for cheer. In 2008, as a direct result of the global financial crisis, it posted a net loss of €602 million against profits of €1.9 billion the previous year. First-half figures for 2009 were not much better—net losses of €545 million against gains of €223 million in the same period of 2008.

The EBRD, though, is not an ordinary bank. Set up 20 years ago to help foster the transition of former communist countries to the free market, its primary purpose—as an international financial institution (IFI)—is to invest in largely private sector entities whose financing needs cannot be met by the market. If it lacked something of a raison d'être pre-crisis, when private investors were pouring into central and east Europe (CEE) and the bank stood accused by some of irrelevance, it has certainly found it now. Last year, business volume—the amount of money invested in projects across the region—reached €8.2 billion, against just €5.2 billion in 2008. This year it expects a similar volume spread across more projects, and over the next five expects annual business volume to average between €9 billion and €10 billion. It also expects to step up its activities in Turkey—the newest country of operation and the only one without a communist past—with investments in 2010 to top €400 million against €150 million last year.

Against such a backdrop, it is unsurprising to find EBRD president Thomas Mirow in such an apparent good mood. Sitting on the 10th floor of the bank's London headquarters and back from several weeks traveling around its 30 countries of operation, he says the EBRD is destined to play a crucial role as the post-communist countries recover from the most serious recession since transition started.

"We have a saying in Germany that you shouldn't send your fire brigade home simply because you haven't had a fire for a while," says Mirow. "We expect private sector capital flows to slow until at least 2012, which makes the role of IFIs like the EBRD much more important than in the years before the economic crisis."

A glance at the bank's recent investments illustrates how key some have been, especially in the financial sector. A $200 million loan to OTP—formerly the National Savings Bank, and the largest financial institution in the country—in July 2009 helped ease pressure at a critical time, when doubts about Hungary had many investors running scared. EBRD also made investments totaling €432.4 million in UniCredit subsidiaries in eight countries across the region—including Serbia and Bosnia and Herzegovina—to support medium- and long-term financing to SMEs, lease finance and energy efficiency projects. Meanwhile, loans made with the World Bank Group's International Finance Corporation (IFC) to Georgia's main banks in the wake of the August 2008 war with Russia—which prompted a run on the nation's savings, threatening systemic liquidity—have been credited with pulling the sector back from the brink of collapse. (In December 2008 some $200 million was provided to the Bank of Georgia alone.) The fallout from this would have been dramatic and almost certainly would have affected neighboring countries.

"Our resources are limited—there's no way we could unilaterally save Ukraine's banking system, for instance—but having people on the ground in our local offices, who know the region well, has proven significant in mitigating the crisis," Mirow says.

To enable the EBRD to increase business further and more fully plug the private sector shortfall, it is approaching its shareholders—chiefly the countries of operation and leading developed nations—for a major capital increase, around €8 billion to €10 billion. It hopes to see this approved at the bank's annual general meeting in Zagreb, Croatia, in May.

Given the economic prospects of the region, the EBRD will have no shortage of companies, municipalities and banks lining up for its cash. Although the general outlook has improved, the region is by no means out of the woods. The EBRD's latest figures suggest that after a contraction of 6% last year, GDP across the region should grow by 3.3% in 2010, 0.8 percentage points more than initially anticipated, thanks to a recovery in commodity prices (benefiting Russia and Kazakhstan) and a resumption in capital flows, notably to large nations. However, small countries will continue to have a rough time, with some—notably the three Baltic states and Hungary—expected to endure a further year of negative growth. Bulgaria and Romania will continue to suffer from continued fiscal tightening.

"Recovery in the region remains fragile, with large variations across countries," concludes EBRD chief economist Erik Berglof. Mirow agrees the going will be tough this year and almost certainly beyond. He says risks include persisting bank sector fragilities, a rise in non-performing loans—reflecting the vast increase in often euro-denominated consumer debt over the past few years, which following the rise in that currency's value has become increasingly expensive—and rising unemployment.

"Even if the downside risks do not materialize, there is a lot for us to do," Mirow argues, identifying a number of priority areas for the bank.

The first concerns the financial sector. As regards banks, the EBRD expects its focus to switch from addressing liquidity issues to re-capitalization. Given the negative impact caused by the loss of Western capital, it will also concentrate on building up local capital markets, especially in those countries without any immediate prospect of joining the euro.

A second area of focus will be on climate change mitigation and improving the energy efficiency of the transition countries, almost all of which—as a consequence of communism's energy inefficiencies—continue to have high energy-usage-to-GDP ratios.

Another will be aiding corporate restructuring; the EBRD plans to recruit additional experts in this field to work in countries across the region. It will accompany this with boosting economic diversification, particularly key in economies—like Russia and much of central Asia—that remain highly commodity dependent. The hope is that, in this way, unemployment will be alleviated. Mirow is under no illusion how tough many countries' prospects are, given that some—like Latvia and Lithuania—have seen one-fifth of their GDP evaporate during the economic downturn. However, he is heartened that despite accompanying hardships the basic concept of a transition to a free market economy has not been questioned.

"Although the risk remains, it is remarkable the degree to which there have been no political setbacks," Mirow points out, adding that the key concern of the EBRD—and of the other IFIs—remains the region's continued stability.

"Particularly given the risk of deleveraging by some [Western] banks," Mirow says, "we must take care that the overall engagement with the region remains stable."