Although it was hit hard by the downturn in the US, Mexico is setting a course for a strong recovery. Its banks are helping to stimulate renewed growth. 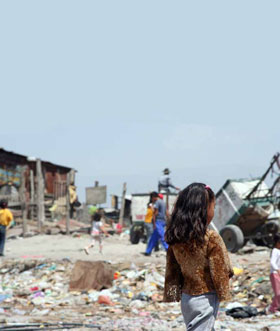 Long controlled by foreign players—Spain's BBVA and Santander, the United States' Citi, Britain's HSBC and Canada's Scotiabank together control almost 70% of the Mexican market's total loans and retail deposits—Mexico's banking industry is particularly vulnerable to the effects of global economic shocks. The country's economy is also especially exposed to external factors—most notably the health of its northern neighbor, the United States, which purchases some 80% of Mexico's exports. Unsurprisingly, the past two years have been tough both for Mexico's economy and for its financial services industry.

The economy shrank 6.8% last year after slipping into recession in 2008. It may be turning around, however. The central bank recently upped its 2010 growth forecast, initially set at 2.5% to 3.5%, to as much as 4.2% in the hopes that the Mexican government's stimulus spending and a gradual turnaround in the US will drive stronger growth. Inflation is expected to rise to 5% this year from last year's 3.6%, which was the lowest rate in four years. The inflationary spike will be fueled partly by the introduction of new taxes.

Despite the short-term local gloom, the glimmers of recovery in the global economy are prompting bankers to expand credit and support Mexico's rebound. Mexican banks began loosening their purse strings and extending credit in fourth-quarter 2009 after pulling back substantially amid the recession, though not all analysts agree loans have been fairly apportioned. "In 2009, total outstanding lending by commercial banks to the private non-banking sector shrank by about 8.5%," says José Alberro, director of LECG, a global expert services and consulting firm. "Remarkably, mortgages went up, because there was no subprime lending in Mexico, but consumer credit and corporate lending were almost 20% down."

Overall, bank loans still rose 5.2% year on year to $152 billion last year, and there was a marked surge in December, when commercial loans rose by an annualized 6.9%, mortgages 15.6% and loans to government agencies 55.6%. Consumer loans, however, remained weak, with credit card loans down 23.6%, according to data from Mexico's banking regulator, CNBV. That trend, however, appears to be changing.

Scotiabank, Mexico's second-largest auto lender, with a 13% market share (BBVA Bancomer holds the top spot, with a 27% share), says it will increase its number of auto loans this year, though adding it will also make credit requirements more stringent. The Mexican banking sector saw non-performing loan ratios soar to as high as 10% last year, before falling closer to 3% by year end. Auto loans as part of the overall financial sector fell by 29% last year, when auto sales fell 26.4%, according to the Mexican Banking Association. Auto loans are expected to grow by 10% in 2010.

HSBC in late 2009 injected $700 million in fresh capital to its Mexican unit in a bid to spark growth through expanded credit over the next three years. The bank will focus on growing its small-business and commercial-loan portfolios, particularly important in a country where small and medium-size enterprises (SMEs) employ about 70% of the economically active population. The capital injection, which will be used partly to upgrade its branch and ATM network, brings HSBC's total Mexican outlays to some $3 billion since acquiring Bital, Mexico's fourth-largest bank at the time, for more than $1.1 billion in 2002.

Banorte, currently Mexico's fourth-largest bank and the largest remaining Mexican-owned institution, expects to expand its loan portfolio by at least 10% this year. As foreign banks turned cautious, Banorte increased its business last year, expanding mortgages and loans to SMEs and the government. "We don't have to ask for authorization from New York, London or Spain," Banorte CEO Alejandro Valenzuela told the press. "Nobody has to explain to us where Monterrey or Puebla is located," he added, highlighting the relative benefits of Mexican ownership. Valenzuela nevertheless acknowledged 2009 was a challenging year in which Banorte was forced to restructure a percentage of its loan portfolio.

"The banking sector in Mexico is relatively strong because of reasonable regulation and conservative management," says Alberro, pointing to the fact that the capitalization index is at an all-time high, bank reserves are 50% higher than the default portfolio, and delinquency rates are at about 3%. "Banks should be ready to finance the recovery without much strain," he adds.

Banks Stand By
"The Mexican banking sector is well capitalized and ready to grant credit once demand recovers," says Mario Correa, chief economic analyst for Scotiabank Mexico. Correa attributes the sector's better positioning to hard lessons learned from the 1995 peso devaluation and "tequila crisis." According to Correa, the biggest challenge for banks will be to remain profitable under an uncertain economic environment created by the withdrawal of monetary and fiscal stimulus measures. "As long as the global environment remains without serious setbacks, the outlook for the banking industry in Mexico looks quite promising," he says.

Moody's maintains a negative outlook on the Mexican banking sector over the next 12 to 18 months, as the country's economic recovery could be slower than anticipated. Moody's concedes the banks have healthy liquidity, reserves and capitalization levels, and it maintains a stable outlook on most Mexican bank financial strength ratings.

Financial institutions will have to look to those who do not currently have bank accounts for growth. "Banking penetration in Mexico is still far away from that in other countries, while the population is young and with a gradually increasing purchasing power, which represents a great opportunity to grow and contribute to economic development," notes Correa. Only 25% of Mexican households have access to bank accounts, compared with 43% in Brazil, 60% in Chile or 91% in the United States. In Mexico, there are only eight bank branches for every 100,000 people.

Robert Gitter, an economics professor at Ohio Wesleyan University, remains wary of the impact on banks' bottom lines of tapping the unbanked. "I would hope that more people would get banking services, but I am not sure it will be a big source of revenue for banks," he says. "The unbanked don't have a great deal of money and, in my view, will not be a part of banks' growth in the next few years."

For Robert Smith, founder and managing director of Boston-based Turan Corporation, the sector's concentration among a handful of borrowers is another challenge. "Commercial bank lending is greatly concentrated; 287 borrowers accounted for about 50% of bank lending as of March 2009," he says. "The commercial banks need to diversify away from those borrowers to sectors where credit is sorely needed." Credit currently accounts for less than 20% of GDP.

Interest rates do not appear to be a significant factor. The Mexican central bank has kept the benchmark interest rate unchanged at 4.5% this year, after cutting it last year from 8.5%. "Economies where debt is a relatively small proportion of GDP cannot be stimulated as effectively through interest rate policy as economies where debt markets are more developed," adds Smith. "Fiscal stimulus through deficit spending is really the only alternative."

Foreign investments could provide an important funding source this year, though investors are cautious when they are considering the country's financial services sector. According to the 2010 FDI Confidence Index of global executives published by consulting firm A.T. Kearney, Mexico ranks eighth among the world's countries for its attractiveness for foreign investment, soaring from 19th place in 2007. When assessed for North America-based investors, Mexico fares even better, ranking fifth behind the US, China, India and Brazil.