One of Africa's most vibrant economies is in the midst of a high-stakes political transition that will determine whether it continues on a path of reform or contends with the type of backlash that shook Nigeria in January. 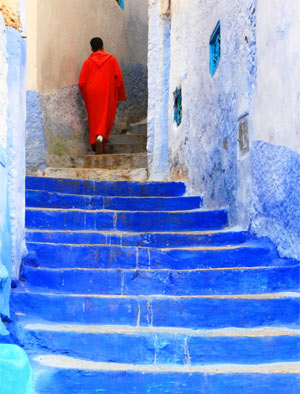 Morocco has long thrived on its advantageous perch as an economic crossroads between Europe, Africa and the Arab world—and between emerging and developed markets in general. Trade and manufacturing have grown, thanks to the kingdom's proximity to Spain, just nine miles north across the Straits of Gibraltar, and from its legacy as a French colony. Thanks to a brisk pace of financial reform, Morocco's finance industry has grown steadily in line with the Casablanca Stock Exchange—Africa's fourth-largest after those of South Africa, Nigeria and Egypt—where listed Moroccan banks serve as proxies for emerging markets overall as constituents of the MSCI Emerging Markets Index. And this nation of 32 million people shares an economic cooperation zone across the Maghreb region with Algeria, Libya, Tunisia and Mauritania.

But this year, Morocco finds itself at a different crossroads—a political one—that will determine the future of its economy. The stakes are high, and the outcome is uncertain. By some accounts, the country could just as easily follow the path of Nigeria, which was shaken by nationwide strikes in response to the removal of gasoline subsidies in January, as it could follow Algeria, Tunisia, Libya, which overthrew their governments last year and are still in varying stages of turmoil.

Thanks to years of well-advised policy decisions and fiscal discipline, Morocco's economy has grown by an impressive average of 5.5% over the past 10 years—growing at 4.5% in 2011 alone despite the sovereign debt crisis that has brought Southern Europe to its knees. Among the latest foreign investors is Renault, which opened a huge new factory in the northern port of Tangiers that is to produce 400,000 Renault and Nissan cars a year.

But the economy is still plagued by some of the same issues that triggered the Arab Spring revolts across North Africa last year. Unemployment in Morocco is running high at 9.5%. The country's mainstay textile exports have been hampered by relatively high wages that run three times those of China, the budget deficit is 5.5% of GDP—thanks largely to gasoline subsidies that are choking the budget—the bureaucracy is hounded by allegations of corruption and, according to the World Bank, close to 9% of the population lives in poverty.

"It is very important that they [the government] succeed. If they don't succeed, they are going to go away"

The shock waves from the Arab Spring gave rise to pro-democracy protests in Morocco in February 2011, in response to which king Mohamed VI of Morocco signed a new constitution and called early elections under new, more democratic rules last November. The party that won the most seats in parliament and now leads a coalition government is a liberal Islamist party that has branded itself along the lines of Turkey's moderate Islamic government.

Investors in, and analysts of, Morocco wonder whether the public will press for a more substantial political transformation that would undermine the monarchy. The outgoing government was careful to assert that it had not buckled under the weight of the Arab Spring and that the new constitution had long been in the pipeline. "It's been many years that we were working on that, and today we're happy to see that many people are expressing their opinion, and we're happy to respect their opinion," says Salaheddine Mezouar, who was finance minister until the election in November, when he became the parliamentary opposition leader. 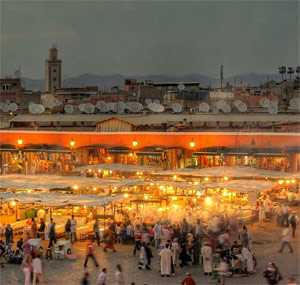 When prime minister Abdelilah Benkirane took power and formed a cabinet stocked with European-educated technocrats in January, he came in burdened with a catalogue of campaign promises that now look unrealistic. For example, his party had promised to lower unemployment to 7.5%, which will mean creating 200,000 new jobs at time when Europe's sovereign debt crisis is putting pressure on Morocco's tourism industry.

The new ruling party also promised to increase wages for civil servants, which will be difficult unless tax revenues rise. Benkirane also pledged to shore up the tattered budget by removing gasoline subsidies—which, if Nigeria has any lesson to offer, could trigger protests far beyond the scale of the pro-democracy protests of February last year.

"I cannot understand how they [the government] can do it," says Mohamed Berrada, a former minister of finance of Morocco who famously reduced the fiscal deficit from 12% of GDP to just 3.5% and is now a professor at Université Hassan II. "It is very important that they succeed. If they don't succeed, they are going to go away."

It would take big structural reforms to effect the measures that Benkirane's government has promised. But there are reasons to expect that the new cabinet will take a pragmatic approach to fulfilling these promises—or dialing them back. For one, Benkirane has filled pivotal cabinet positions with experienced bureaucrats who are not expected to take dramatic risks. For example, the new finance minister, Nizar Baraka, holds a PhD in economics from the University of Aix-Marseille in France and previously served in the cabinet as minister delegate to the prime minister for economic and general affairs. He has had a long career in the ministry of finance in economic-forecasting and trade-promotion jobs and was also a law professor at a Moroccan university.

The nation is waiting for the government to release a five-year economic plan, which is expected to take months. Yet even in such turbulent times, Benkirane's newly installed array of such evenhanded bureaucrats is unlikely to signal a dramatic departure from the policies of the outgoing government.

For Morocco's finance industry—and many companies that finance themselves on its capital markets—it's almost as if the political turbulence swirling in the kingdom and around North Africa did not exist.

If anything, there's more confidence in the country's capital markets now than there was a couple of years ago. A new study by the World Bank and International Finance Corp found that Morocco made more progress than any other country in the world in improving its business environment with reforms in several key areas of regulation in 2010 and 2011.

One sign of such progress is that the Casablanca Stock Exchange is pressing ahead with a couple of initiatives that its management hopes will grow market cap substantially from its current level of about $70 billion. Casablanca is already Africa's fourth-largest stock exchange after Cairo—where pitched street battles between pro-democracy protesters and armed troops have scared investors away and given Casablanca a void to fill.

The main issue the Casablanca exchange is addressing is liquidity, which can be scarce in a market with only 75 listed stocks—only about 64 of which trade regularly, says Karim Hajji, CEO of the exchange.

Last year, Hajji began working with Moroccan corporations and regulatory authorities to require a minimum free float for companies that launch IPOs. He is arguing for large-cap companies to list at least 5% of their equity and small-caps 20%. "Moroccans are control freaks, and they really want to have control of their own companies," explains Hajji.

In 2010 the exchange approached the asset management arms of two of Morocco's largest banks, Attijariwafa Bank and BMCE Bank, to set up the country's first exchange-traded funds. One of the ETFs would be based on the 15 stocks in the FTSE CSE Morocco 15 Index, which would eliminate the transaction costs of purchasing enough individual Moroccan stocks for a foreign investor to get sufficient exposure to the domestic equity market, says Hajji.

The other ETF is likely to be based on commodities—as are ETFs that Nigeria launched in January—says Yassine Mahjoubi, manager of Attijariwafa Finances Corp in Casablanca. "Our capital markets floor was thinking, 'What can we offer the markets, how can we gain market share?'" explains Mahjoubi. And they may very well have found an answer.