Although rival political parties in the UK agree on the need for austerity, debate rages on over the timeline and severity. 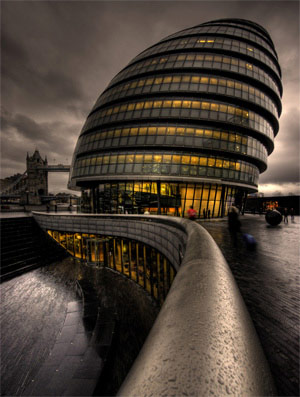 There is little controversy among politicians or economists in the UK about the need for fiscal discipline, but there is great dispute on the appropriate pace for it. The Conservatives, who initiated a five-year austerity measures program in 2010, remain steadfast in their resolution to maintain the measures, with prime minister David Cameron repeatedly pledging to stay the course. The opposing Labour party counters that the cuts have already been too fast and too extreme, and may precipitate a recession.

Some degree of tightening is critical to preserve global market confidence, policymakers say. Given levels of public debt, the government fears that if yields on Gilts (UK government bonds) were to rise, second-order effects could be disastrous. “Although other parts of Europe were more under the gun, the UK voluntarily chose to follow multiyear tightening to avoid market pressure,” says Michael Saunders, UK economist at Citi.

The island nation has even emerged as a beneficiary of European turmoil, as foreign investors have withdrawn funds from the eurozone and plowed them into the Gilt market. That capital infusion keeps UK borrowing costs lower and even compensates for some loss of export growth. The deficit, which rose above 10% of GDP in 2010, is now on a solid downward trajectory. “We’re seen as a safe haven, with a credible plan—otherwise we might have found ourselves in the same boat as eurozone countries,” notes John Hawksworth, chief economist at PricewaterhouseCoopers in London.

A glance back in time helps to frame the context of today’s challenges. A binge of borrowing, initially in the private sector, had been building up for 30 years, fueled by easy credit. By 2008 the hangover was beginning to set in. “The Labour government at that time overestimated tax revenues and embarked on a spree to improve education and health. That approach was laudable, but it was overdone,” comments Howard Archer, chief UK and European economist at IHS Global Insight. Thus, when tax revenues disappointed, the country entered the recession with already weakened finances.

In 2007 the government had set out three years’ worth of spending plans on public services for 2008–2010. Despite a shrinking economy, the government resolved to maintain its generous spending as a form of fiscal stimulus. Gemma Tetlow, program director at the Institute for Fiscal Studies, explains how forecasts in 2008 had initially looked sustainable: “The impact of the credit crisis and the recession reduced the potential economic output to about 13% lower GDP than anticipated. That big structural hole now requires an adjustment to restore balance.”

The current Conservative government, in contrast, wants to reduce the level of borrowing between 2010 and 2016. It has launched a two-pronged attack by implementing discretionary cuts to spending—which accounts for 80% of its plan—and increases in taxation—which accounts for 20%. The latter involves some new taxes and some higher rates on existing taxes. For instance, the rate of value-added tax (VAT) was raised from 17.5% to 20% in 2011; the rate of income tax for high earners with a threshold of £150,000 was raised from 40% to 50%; and personal tax allowances were reduced or withdrawn for those earning over £100,000.

The other prong—belt tightening—comes from a combination of welfare and public service spending cuts, such as refuse collection and libraries. Military spending has also been pruned.

Healthcare, however, has been ring-fenced, as has education—albeit to a lesser extent. The National Health Service will still receive annual increases, although future increments will be smaller. Students are now expected to contribute more toward their own education through government loans, with university tuition rising from £3,000 to £9,000. Funding for social housing, the police and law courts has been slashed, and infrastructure spending has been drastically curtailed. The government is working on a public-private partnership program to make up for the infrastructure spending cuts.

The resulting pain is palpable. Unemployment reached a 17-year high in December 2011, rising to 8.3%. “Last year private sector gains did not outweigh public sector job losses as they did in 2010,” Hawksworth explains, adding that recent data showed some stabilization in the services sector.

These privations cannot entirely be attributed to the austerity program. Rather, a confluence of international factors is exacerbating the impact of belt tightening. In particular, higher oil prices are squeezing UK consumers, while the eurozone crisis has affected both exports and business confidence.

The UK's GDP languished in 2011, held back by the ongoing decline in its own North Sea oil and gas production. "Growth for the year would have actually risen 1.4% if you stripped out the drag effect of declining reserves," suggests Simon Ward, chief economist at Henderson Global Investors.

On the bright side, there is some hope next summer's Olympics in London will provide a much-needed economic boost. Plus, the falling pound has improved the UK's competitiveness. Citi's Saunders notes that sterling has declined by 20% to 25% against a basket of world currencies.

The austerity program has been constructed so that tax hikes constitute a dominant part of the burden over the early years of the plan, with public spending cuts scheduled to pick up further down the line. "In general, tax increases have more negative economic effects than public spending cuts," says Ward. He and others argue that, while fiscal austerity may have contributed to economic weakness, the bigger culprit has been inflation, which peaked in September at 5.2%, driven by the VAT hikes and higher commodity prices.

A case for optimism suggests inflation may continue to decrease, as the effect of the VAT drops out, while food and energy prices globally appear to be moderating. Archer says: "Retailers will have to price competitively, which will ease the squeeze on consumers' purchasing power." In cash terms, labor incomes grew last year by 3%. If that rate can be sustained and inflation comes down (the Bank of England predicts it will reach 2% by year end), real economic growth will follow.

Right now the UK appears to be barely skirting a recession, but economists warn that it will not be immune to upheaval in the eurozone, its major trading partner. The worse the crisis on the Continent becomes, the more sharply it will hit UK exports and UK companies operating within the eurozone. Hawksworth cautions that it might make sense for businesses at least to stress-test against a double-dip scenario. "The UK government must be prepared to release fiscal strings if a recession or tight credit conditions take hold," Archer predicts. Under such a scenario, the UK would most likely concentrate on tax adjustments rather than on easing the spending cuts. It is generally easier to institute temporary tax cuts and later remove them, than to tinker with long-term spending levels.

It is still early days for the austerity program, but already it is possible to predict some of its impact on the population. For example, since large portions of public spending are allocated to wages, departments will be compelled to reduce wage bills in several ways. Public sector workers will not see pay increases; redundancy payouts have also been chopped, even in the face of poorer employment prospects. "Eventually, less spending on public services will feed through into lower-quality services provided," Tetlow observes. The government has already changed the measure of inflation indexing for benefits, by moving from a retail price (RPI) to a consumer price index, which is typically lower than the RPI over long periods. "The policy is hitting people at the bottom rungs of the income distribution scale," says Tetlow. That said, pensioners have been relatively protected, receiving more- rather than less-expansive benefits.

It might well take another three years to return to GDP levels that the UK enjoyed in pre-recession 2007. "It's a long haul, but there's no alternative," Hawksworth insists. "If we spend a lot of money, we become vulnerable to markets turning against us. We need to take our medicine."