The US market for initial public offerings is off to a strong start in 2012, with anticipation building ahead of the expected $5 billion Facebook IPO, which will be the biggest Internet IPO on record.

This is a good sign for the historically large backlog of companies waiting to go public, which includes 217 companies seeking to raise $50 billion, according to Renaissance Capital. The technology sector has been the major driver of activity, with 54 technology companies in the pipeline.

Chinese social-network operator Renren benefited greatly from news of Facebook's imminent IPO. Renren was the largest IPO in the Asia-Pacific region last year, raising approximately $855 million on NYSE Euronext. Renren's share price rose more than 50% on the NYSE in two days at the end of January.

Facebook named Morgan Stanley as the lead underwriter on its IPO. In addition, J.P. Morgan, Goldman Sachs, Bank of America Merrill Lynch, Barclays and Allen & Co will manage the sale.

"By weaving brand messages into the fabric of people's lives, Facebook has come close to achieving the holy grail of advertising platforms, says Andrew Tonks, a social media expert at London-based online marketing agency Koozai. "It can deliver advertising to people without them realizing they are being sold to."

Facebook can provide advertisers with extremely detailed information on the [around] 400 million people who use it every day, Tonks says. "With [Facebook's] flotation expected to raise 10 or even 20 times its current estimated annual revenue, Wall Street appears willing to bet that its earnings will continue to grow," he says.

The transition to being a publicly listed company will inevitably change the dynamics of Facebook, Tonks says. "The quest for ever-greater profits should spur it into making its advertising platform more user-friendly in an attempt to lure advertisers away from the steadily more expensive world of conventional pay-per-click ads," he says. "But with greater competition for advertising space on Facebook, its prices are also likely to increase over time as demand for key advertising space outstrips supply."

Menlo Park, California–based Facebook is considering a valuation for the company of $75 billion to $100 billion. If the latter figure is reached, Facebook CEO Mark Zuckerberg's stake in the company would be $28.4 billion, making him almost as rich as Oracle founder Larry Ellison.

Eight IPOs were completed in the US market in the week ended February 10. That was the most since the week of December 12, the busiest week of 2011, according to Renaissance Capital. Caesars Entertainment was the top performer, gaining 71% in its first day of trading. The Las Vegas–based casino company raised $16 million, as only 1.4% of shares outstanding were offered.

EPAM Systems, an offshore IT services provider with delivery centers located in Eastern Europe, rose 17% in its debut, after cutting its deal size by 43%. The company develops software to create complex, mission-critical applications.

Peruvian firm Cementos Pacasmayo, a cement maker, raised $230 millionby offering 20 million ADRs at $11.50, the low end of the anticipated range. The stock, which is already traded on the Lima Stock Exchange, declined 3.7% in its first day of trading on the NYSE.

FX Alliance, better known as FXall, which operates a leading institutional foreign exchange trading platform, raised $62 million by offering 5.2 million shares at $10, which was below the expected range of $13.50 to $15.50.

The company didn't receive any proceeds from the listing, as all of the shares were offered by a group of selling stockholders, including Citi, Goldman Sachs, HSBC and Royal Bank of Scotland. 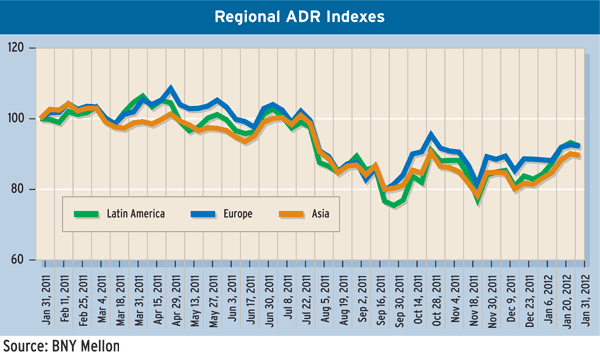