With new regulations and tighter enforcement that could lead to more corporate legal action, many companies are increasing their cover for directors and officers insurance. 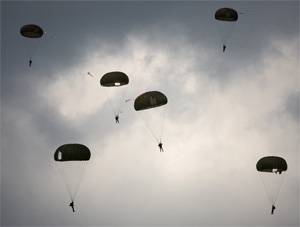 Most corporate risk officers should still enjoy favorable terms this year as they cut deals with their insurers for directors and officers liability insurance. Although certain segments of the corporate D&O liability market currently deemed high- risk—such as financial institutions and companies in economic distress—may face greater restrictions and rising rates, the surge in capacity that began a decade ago after 9/11 is still generally causing rates to decline.

But a variety of factors—including more frequent claims, insurers' lack of investment income and the increase in corporate legal action—are pressuring insurers to hold the line on pricing. "

"There could conceivably be pressure, from at least the primary D&O insurance layers, to cease giving back premium dollars in 2012," says Brian Wanat, national practice leader of Aon Risk Solutions Financial Services Group. "With little or no investment income, carriers are forced to make an underwriting profit." Overall, in 2011, companies saw premium prices decline about 10%, but Wanat notes that the rate of declining premiums slowed during the second half of the year.

Edward House, divisional director, directors and officers, at UK insurance brokerage FINEX, says the D&O market in London and Europe remains soft for nonfinancial commercial clients as additional capacity among existing insurers, as well as new players, keep driving rates downward. This trend is particularly evident when buying extra coverage. "The market is likely to continue to soften in 2012 on excess layers, however the large primary reductions we have seen over the past few years may slow," says House. FINEX is a subsidiary of global insurance giant Willis.

But tough economic times in Europe have prompted some insurers to rein in their premium reductions. Companies, facing their own belt-tightening, may choose to reduce their cover. However, some companies may rather use the availability of inexpensive cover now to lock in greater limits as the specter of more frequent claims against directors and officers looms ahead, House adds.

Corporate risk officers and their insurers are watching how recent pieces of legislation will play out in legal actions now under way against multinational corporations' (MNC) executives and board members.

The Wall Street Reform and Consumer Protection Act, for example, gave stronger teeth to the enforcement authority of the Securities and Exchange Commission. The Dodd-Frank Act, as it is known, aims to reshape the banking and financial industry landscape after the global financial debacle that began during 2007-2008. The industry wants to see how enhanced protection and compensation for whistleblowers, as well as clawback provisions, will play out in the contracts that are now a part of the D&O world. "From the corporate risk perspective, this is something to watch," says Tripp Sheehan, US D&O leader for international broker Marsh.

Another piece of legislation at center stage in the US D&O market is the Foreign Corrupt Practices Act. It has been in place since 1977, but only in recent years have the US Department of Justice and the SEC been aggressively pursuing companies that violate it. The act makes it illegal for a company, its employees or its agents to hand over corrupt payments to foreign officials in order to secure a deal or keep business.

Across the Atlantic, the industry is watching how the United Kingdom Bribery Act, which finally took effect last summer, impacts D&O policies.

HIGHER PRICES FOR HIGHER RISK
Financial institutions, especially those with exposure to the sovereign debt crisis in the eurozone, are one segment of the D&O customer base that is facing a hardening market. Cristina Martínez Garcia, director of corporate risk management at Campofrio Food Group in Madrid, Spain, says: “Many insurers are reducing their capacity and coverage, as well as increasing rates, in companies that have an exposure to sovereign debt, particularly banks and all other companies considered to be financial institutions.” In particular, this applies to private equity firms, asset managers, stockbrokers and insurance companies.

"Many insurers are reducing their capacity and coverage, as well as increasing rates, in companies that have an exposure to sovereign debt"

Another segment of companies up against possible restrictions in their D&O cover are financially distressed corporations, as insurers warily eye the expanding pool of corporate bankruptcies in these economically edgy times.

D&O underwriters are introducing “insolvency exclusions” that mainly impact a corporation’s subsidiaries and other affiliated companies, says Martínez Garcia, who also is a board member of the Federation of European Risk Management Associations in Brussels. “They [insurers] are suffering increasing claims arising from companies that go into liquidation or voluntary receivership,” says Martínez Garcia, adding that the troubled economy has left many companies unable to pay off their debts.

Meanwhile, the eurozone crisis continues to cause headaches for risk officers whose companies do business in Europe. The first question that now comes up in almost every D&O underwriting meeting, especially for financial institutions, Wanat notes, is: “[Do you have] any exposure to Greece or other problematic countries in the EU?”