The global economic slowdown and regional political turmoil are casting a pall over investment banking in the Middle East. As there's no change in sight, bankers in the region may be in for another challenging year. 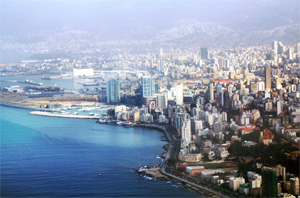 Global economic uncertainties have not abated. "Rather, they have escalated in the beginning of 2012, and it is not expected that 2012 will witness effective solutions for the financial crises in the eurozone," says Mohamed Ali Beyhum, executive general manager at BankMed in Lebanon. The Arab Spring imposed another layer of uncertainty. It is hard to predict when and how the many uprisings across the region will be resolved and what will be the aftermath in countries such as Egypt, Libya, Tunisia, he says. For investment banks in the region, the result was a tough year in 2011—and 2012 may not be much better.

Stock markets in the region have been affected, and investors are cautious. "These developments are not expected to provide investment banks with any logical basis to drive more business and generate higher fees," Beyhum says. However, Saudi Arabia, Qatar and Turkey show the greatest potential, he adds. "The severe level of competition among investment banks trying to capture business, especially in the most attractive markets, where a large number of local, regional and international investment banks are competing for new opportunities, is expected to weigh on the pricing of investment banking services going forward."

Overall investment-banking fees in the Middle East declined to $407 million last year, the lowest since 2004, according to Thomson Reuters. Advisory fees on mergers and acquisitions, which were paid primarily to international banks, fell 37% from 2010. Debt capital market fees slumped by 66%.

A number of global investment banks, particularly those based in Europe, have cut staff in the Middle East as a result of the dearth of deals and the need to deleverage to meet regulatory requirements. Crédit Agricole last year shut its M&A advisory unit in Dubai. Lloyds is looking at a range of options for its Lloyds TSB Middle East banking unit. Royal Bank of Scotland sold its UAE retail operations last year to Abu Dhabi Commercial Bank and is considering selling its cash equity and M&A business in the Middle East. Meanwhile, investment bankers are moving into Baghdad in search of new opportunities, although security is a major concern.

All of these activities increase business for investment bankers, Kasaji notes. “However, firms attempting to reposition themselves must find willing investors, whether for IPOs, capital increases or debt. Firms must also find a willingness on the part of banks to bankroll such activities.”

Banks and investors are leery of the increased risks in the current environment, and with a limited number of debt investment vehicles available for retail investors, capital markets activity will likely continue to be low, Kasaji says. “The same goes for mergers, because few companies are still cash-rich and able to make deals,” he adds. “Nonetheless, there could still be a growing market for advisory services.”

However, international banks are not competing for the small and medium-size deals. “Difficult times always invite high-risk-takers with cash, and these times could be very attractive to venture capitalists and other forms of private equity,” Kasaji says.

The political turmoil in the region is forcing governments to take a more active role in the economy in the hopes of reducing the economic gap between the various segments of the population and reducing unemployment as well, he says. “However, government spending is usually geared toward mega infrastructure projects, for which the government pays the bill, so little investment banking is needed aside from the advisory function,” Kasaji says.

Countries in the region that don’t currently have strong budgets might need to raise capital or attract foreign investments, and these activities will need the help of investment bankers, he says. Countries such as Iraq, Jordan, Lebanon, Egypt, Tunisia, Libya and Morocco fall into this category, according to Kasaji. Most of these deals will likely go to the international investment banks because of the possible involvement of foreign governments and international financial institutions, he says.

Meanwhile, the equity capital markets will remain subdued, he says. “Smart businesses that are not in distress will not seek to go public in the current market conditions because they will not receive the price they seek for their stocks,” Kasaji says. “However, some firms might be forced to sell shares to survive. We feel that there is a better chance of capital increases than IPOs.”

Yahya Alyahya, CEO of Gulf International Bank, based in Bahrain, says there are some favorable signs for the region, although 2012 will be a challenging year. International investors are seeking diversification away from eurozone assets and into high-credit-quality emerging markets assets, he says.

In the debt capital markets, the substantial refinancing requirements of corporations and financial institutions through 2013, coupled with a move by banks to reduce their reliance on interbank markets to avoid liquidity crunches and to comply with Basel III, creates a favorable environment for capital markets issuance in the Gulf Cooperation Council, Alyahya says.

Although GCC governments are expected to continue their infrastructure funding initiatives, project finance opportunities are likely to be limited, given the scarcity of term funding in the bank market and the retrenchment of loan books by most of the European banks, according to Alyahya. “We believe the capital markets component in project finance transactions is going to increase over the year, with more project bonds and IPOs for infrastructure companies,” he says.

CULTIVATING SUKUK
Saudi Arabian equity markets are showing promising developments, with the oversubscription of three IPOs in recent months, Alyahya says. “We expect this momentum to continue, with several additional IPOs,” he says. “However, such activity is expected to be subdued in other GCC markets, with more focus on debt refinancing.”

Since the start of the financial crisis, the sukuk (Islamic bond) market in the GCC has been comparatively underserved, with many issuers opting for simpler conventional structures in an uncertain market, according to Alyahya. Sukuk issuance picked up significantly in 2011 and, to some extent, this wave of issuance has satisfied some of the latent demand for sukuk among shariah-compliant banks, he says. “However, the demand still exceeds the supply, and we expect sukuk to outpace growth in conventional bonds.”

Pricing in the eurodollar market has been unfavorable over the past 12 months, and a number of issuers from Gulf Cooperation Council countries will continue to tap alternative markets, such as the Malaysian ringgit sukuk market, when the swap market allows windows of arbitrage, Alyahya says.

Regional markets are continuing to mature and develop, and this process will hopefully be accelerated in Lebanon by the new capital markets law, according to Beyhum of BankMed. The Capital Markets Authority, headed by central bank governor Riad Salameh, will soon implement initial rules and regulations.

A majority of Lebanese corporations are small to medium-size enterprises that are privately held by Lebanese families, and many of them are seeking the proper tools to expand and finance their operations, Beyhum says.

Regional private equity funds and high-net-worth individuals are exploring the Lebanese market for companies that have the operational capabilities and expertise to become regional champions but are lacking some growth elements such as equity capital, a regional foothold and a more institutionalized approach, he says.

“This is an important area that can generate activity for investment bankers, who usually have a major role to play in introducing private capital into the local corporate market,” he says. Another promising area, Beyhum adds, is structured finance. Banks can help companies grow their business by providing them with asset-backed financing.

Certain markets in the region will be better than others this year, although overall the environment remains tough, says Shahzad Shahbaz, chief executive of QInvest, based in Doha, Qatar. Despite global uncertainties and political developments in the region, the member states of the Gulf Cooperation Council are doing quite well, he says.

"There will be a decent amount of investment banking activity in Qatar, where the economic outlook remains quite good," Shahbaz says. "The main drivers of growth for the Qatari economy are energy, which will remain relatively firm, and infrastructure, which will be the largest sector of investment ahead of the 2022 World Cup [of soccer], to be held in Doha."

QInvest was granted a license last year to commence operations in Saudi Arabia. It also has a representative office in Turkey, where "the pipeline of prospective deals looks interesting," Shahbaz says.

Debt financing will be a major area for investment banking in the region in 2012, particularly for sukuk, he says. There were more than $23 billion of sukuk issued globally last year, the most since the financial crisis hit in 2007-2008. Saudi Arabia is among the most promising Islamic finance markets in terms of assets and liquidity.