FOR BETTER OR FOR WORSE

While neither Brazil nor Uruguay have any trade pacts aside from Mercosur, Chile and Mexico have many agreements in place. The two strategies have met with varying success. 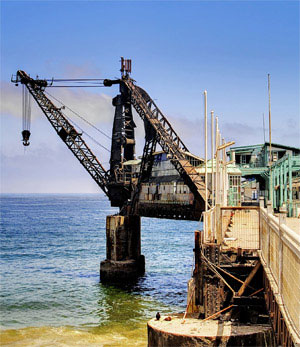 When the US approved free-trade agreements with Colombia and Panama last year, Latin America again began discussing the pros and cons of such pacts. After all, while Mexico and Chile are among the countries with the greatest number of FTAs, Brazil, the region's largest economy and an export powerhouse, has steered clear of the free-trade bandwagon, prompting charges of protectionism in a country that last year reported a record $29.79 billion trade surplus.

Brazil has limited its trade pacts to those established through its membership in the Southern Cone Common Market (Mercosur), a trade bloc founded in 1991 that includes Argentina, Uruguay, Paraguay and Venezuela. A Mercosur resolution adopted in 2000 says members may negotiate FTAs only as a bloc.

Zalkin believes establishing trade pacts with the world's largest trading blocs would require Brazilian companies to become more efficient or risk significant displacement. "To date, that is a choice that Brazil has been reluctant to make; however, we believe that Brazil will continue to move in that direction based on both internal and external pressures," he adds, noting some sectors will not be able to compete.

Victor Manuel Rocha, a former US ambassador and currently a senior adviser on international business at Foley & Lardner, thinks Brazil is protecting local producers to supply its growing domestic market. "Hence, it has no inclination to open its economy via multiple free-trade deals that would harm its nascent industries and weaken the manufacturing capability it intends to continue to develop and mature," he says. "Brazil is following a rational and nationalist economic policy that seeks to protect what it has." Rocha says Brazil is being "selectively protectionist."

The 2012 global trade freedom ranking by the Heritage Foundation, a Washington-based policy research organization, scored Brazil 126th among 179 countries in its annual study, which considers a variety of criteria, including quotas, trade restrictions, regulatory restrictions and direct government intervention, among others. In Latin America, only Ecuador, Argentina, Cuba and Venezuela ranked lower than Brazil, which tied with the Pacific island nation of Fiji and with the kingdom of Swaziland in Southern Africa.

China has been driving Brazil’s export boom, displacing the US as the country’s main trading partner since 2009. Brazilian exports to China grew 43% year-on-year, to $44.3 billion in 2011, when the nation’s total exports were $256.04 billion. The Dilma Rousseff administration, while benefiting from Chinese demand for Brazilian goods, has begun taking a closer look at the relationship. In January the government said it would take anti-dumping measures on imports of Chinese citric acid used mainly for food and beverage production. Imported Chinese cellphones also came under scrutiny to ensure they meet Brazilian standards.

"Brazil has done a nice job of cultivating trade relationships with foreign partners without formal trade agreements," says Christopher Robertson, professor of international business and strategy at the Northeastern University College of Business Administration. "Brazilian leaders have had many meetings with China, and there are some formal agreements in place and in process, yet the big outcome has been the introduction of Brazilian materials exporters to Chinese manufacturers. It seems as if Brazil has many agreements at the industry level, as opposed to the country level."

For Brazilian foreign trade secretary Tatiana Lacerda Prazeres, China presents a complex relationship. "The questions concerning Brazilian exports to China involve more than tariff issues," she says. "There are also rules and administrative procedures which are important to the access of Brazilian products to the Chinese market." Lacerda says Brazil maintains direct contact with Beijing through the China-Brazil High-Level Coordination and Cooperation Commission, responsible for leading bilateral trade discussions.

Uruguay has favored liberal trade policies for close to a century, yet it demurs when it comes to current free-trade practices. "True free trade will produce a net benefit for Uruguay, but the problem is negotiating a perfect trade pact in an imperfect world," Zalkin contends. "Smaller nations with less bargaining power often suffer from manipulated trade disguised as free trade. The result is often the decimation of a country's manufacturing base, the loss of manufacturing jobs and the loss of sovereignty." Zalkin recommends Uruguay maintain its cautious approach.

Uruguayan president José Mujica has criticized Mercosur, charging the trade bloc is "stuck" and lacks structure. "We dismantled our production structure because of Mercosur, thinking about the region first in order to be able to export to the rest of the world later," Rafael Sanguinetti, head of the Uruguayan Chamber of Industry's foreign trade committee, told media in January. "But now we are depending on a lot of Argentine products entering our country when we are unable to send ours to them."

On the other end of the spectrum is Chile, which has more than a dozen FTAs in place, including the US’s first South American FTA. Ernst & Young’s 2011 Globalization Index ranked Chile as Latin America’s most globalized economy, followed by Mexico. “Chile has been through a lot politically and economically, but it’s become clear that their current leadership is pro export and pro trade,” says James Min, vice president of international trade affairs and compliance at shipping firm DHL Express. “This has really benefited the country.” Chilean exports soared from $8.5 billion in 1990 to a current $74 billion.

Zalkin argues FTAs were not Chile's only route to economic stardom. "While Chile has been an economic model that others have long admired, it is overly simplistic to attribute its success solely [to] its FTAs," he says. "Its economic engine was growing long before it put the bulk of its FTAs in place and has been the result of a unique economy and the effect of a host of economic policies."

For some US business leaders the possibility of a trade pact with Brazil remains the ultimate prize. "From the US perspective, we certainly believe that lower trade barriers are generally good for countries that pursue them," says Kevin Lynskey, assistant director for business initiatives at the Port of Miami. "Many Americans are eager to gain greater access to Brazil's dynamic economy through trade and investment. It would be a little presumptuous to state that Brazil should enter into free-trade agreements broadly and quickly, but we do expect that an economically maturing Brazil will continue its successful path to liberalized trade."

The North American Free Trade Agreement (Nafta) between Mexico, the US and Canada went into effect in 1994. Since then, analysts have debated its impact on Mexico. Although the country has signed FTAs with many countries, it still ships more than 80% of exports to the US.

James Min, vice president of international trade affairs and compliance at DHL Express, says Nafta has been positive for Mexico. “Mexico is currently the third-largest supplier of goods to the US, [which is] the largest economy and consumer market in the world, so they have done well under this agreement,” he contends.

Min believes that focusing on the US, despite maintaining FTAs with other countries, has been savvy. “They are doing the right thing by staying close with the largest consumer market in the world, but their long-term approach is sound because they have trade policies in place with other countries that matter as well.”

According to Gabriel Sánchez Zinny, managing director at trade consultancy Blue Star Strategies, Nafta’s results are mixed. “A study conducted by the Carnegie Endowment for International Peace found that Mexico’s exports and foreign direct investment tripled after 15 years of Nafta, but GDP per capita increased 1.6% in the same period,” he says. “Although FDI did increase, domestic investment decreased, which is indicative of the government’s lack of a broad response to low growth.” Sánchez says that while the number of jobs in Mexico rose owing to more opportunities in the services sector, the number of jobs lost because of competition from imports exceeded the number of those created.

In 2010, Mexico and Brazil, Latin America’s two largest economies, agreed to initiate free trade talks at a time when bilateral trade was $7.6 billion. Under the pact, Brazil and Mexico would cut their tariffs to zero, from 12.5% and 5%, respectively. However, by 2011 talks were stalled as both sides saw each other’s economies not as complementary but as competitive. Negotiations are not expected to resume in the near future.