In spite of poor global economic and investment conditions, Middle Eastern investment banking looks set for another solid year in 2013. 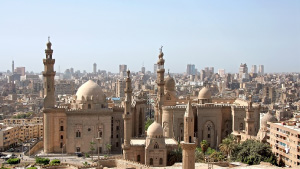 The outlook for investment banking in the volatile Middle East region is surprisingly upbeat. A surge in intraregional mergers and acquisitions and a pickup in Islamic debt, or sukuk, issuance contributed to a 19% rise in investment banking fees in the Middle East last year, as oil-producing countries in the Gulf funneled some of their export earnings into the purchase of companies in neighboring countries.

M&A transactions involving Middle Eastern targets doubled in 2012, compared with a year earlier, reaching $20 billion, according to Thomson Reuters. Telecommunications and financials were the two most targeted industries, and Egypt, the most populous country in the region, was also the most popular Middle Eastern country for takeovers last year.

Mohamed Ali Beyhum, executive general manager of BankMed, a leading bank in Lebanon, says: “Despite a relatively weak year for global economic conditions and another discouraging performance for the global investment banking industry, which saw revenues fall to a three-year low, 2012 proved to be a relatively healthy year for the Middle East investment banking industry.” Going into 2013, the short-term outlook is uncertain, however, with mounting sociopolitical and security risks in certain countries in the Middle East overshadowing the economic and capital market resilience of the region’s oil-rich economies, he notes, most notably Saudi Arabia, Qatar and the United Arab Emirates.

In the equity capital markets, the increased liquidity supporting last year’s strong turnaround could help the markets to at least exhibit signs of resilience in 2013, Beyhum says. “We think that as soon as the noise and political uncertainty that had dominated the region in 2012 finally subsides this year, investor confidence in equity capital markets is bound to gain momentum,” he says.

There is a long list of initial public offerings scheduled for 2013, more than double the number announced last year, according to SaudiMed Investment, BankMed’s investment banking arm. Saudi companies raised $1.4 billion from seven IPO sales last year, according to Ernst & Young International. UAE companies came in second, with $277 million. “Saudi Arabia and the UAE will continue to be the regional hubs of IPO activity for investors in 2013,” Phil Gandier, head of transaction advisory services for Ernst & Young in the Middle East and North Africa, said in a statement.

Bond issuance activity will continue to be strong, as it was in 2012, Beyhum says. “The overall environment remains favorable, supported primarily by the improved credit profiles of issuers in oil-exporting countries and their wish to take advantage of the current deep pool of liquidity to lock in medium-term financing.”

Demand for sukuk continues to exceed the available supply. Overall debt capital market activity in the Middle East rose 26% in 2012 to $38.6 billion, according to Thomson Reuters.

M&A activity in the region is also expected to increase in 2013, as companies consider how to use their mountains of stashed cash. “There is a backlog of investment opportunities, both from private equity firms looking to exit their positions and from local corporates that are looking for strategic partners to grow their core competencies and fund their regional expansion plans,” Beyhum says.

The biggest M&A deal in the region in 2012 was Qatar National Bank’s $2 billion acquisition of a majority stake in National Société Générale Bank in Egypt. Emirates NBD, based in Dubai, purchased BNP Paribas Egypt. Qatar Telecom took over rival Wataniya in Kuwait, in one of the biggest telecom deals of the year. And Qtel plans to double to 60% its stake in Asiacell Telecommunication in Iraq, expanding its extensive operations in fast-growing emerging markets. Under Asiacell’s license requirements, it must float one-quarter of its shares, and the $1.35 billion sale was under way as the issue went to press.

A number of European banks have withdrawn from the Middle East to reduce costs and focus on their home markets amid new banking regulations and stricter capital requirements. This withdrawal has created new opportunities for local investment banks. Middle Eastern equity capital markets and syndicated-loan fee league tables, which were dominated by international banks in 2011, are now led by major banks from Saudi Arabia, Qatar and the UAE.

QInvest, the largest investment bank in Qatar, ranked second in Middle Eastern M&A fees last year and fourth in the syndicated-loan-fee league tables. “QInvest has been at the forefront in Qatar, the region and beyond in providing shareholders and investors with creative financial solutions that comply with the guiding principles of shariah,” says Tamim Hamad Al-Kuwari, the bank’s CEO. He joined QInvest from Goldman Sachs, where he was a managing director and country head for Qatar.

“There are tremendous opportunities in the Middle East countries,” Al-Kuwari says. “Qatar has one of the highest per capita GDPs in the world. The growth in Qatar and the region has attracted many foreign investors hoping to take advantage of the many opportunities available across different sectors.”

QInvest is partly owned by Qatar Islamic Bank, Qatar’s largest shariah-compliant lender. QIB’s biggest shareholder is the country’s sovereign wealth fund, the Qatar Investment Authority. In 2012, QInvest was joint lead manager and bookrunner, on behalf of QIB, for two $750 million sukuk, which were the first international sukuk offerings from a Qatari financial institution. QInvest also was joint lead manager and bookrunner for a $4 billion sovereign sukuk for Qatar. This is the largest dollar-denominated sukuk ever and attracted an order book of more than $25 billion.

Last year QInvest announced a joint venture with EFG Hermes, Egypt’s leading investment bank, which is still pending regulatory approvals. The deal would create the largest investment bank in the region. QInvest will hold 60% and EFG’s holding company will own 40% of the venture. “The new joint venture represents an ideal platform to expand the client lists of both QInvest and EFG Hermes by providing a comprehensive suite of brokerage, asset management and investment banking services,” Al-Kuwari says.

Meanwhile, sovereign wealth funds in the UAE, Kuwait and Qatar are flush with cash from high oil prices and are on the lookout for attractively priced European assets. The UK was the most popular target for outbound M&A transactions from the Middle East last year, with Brazil second and India third, according to Thomson Reuters. Abu Dhabi state investment fund Mubadala paid $2 billion for a stake in Centennial Asset Brazilian Equity Fund, which was the largest outbound deal with Middle Eastern involvement.

"Saudi Arabia and the UAE will continue to be the regional hubs of IPO activity for investors in 2013."

Political turmoil in the region threatens to stunt any equity-market rallies, but the oil-producing countries of the Gulf have strong economies and active sovereign wealth and private equity funds. The same sociopolitical factors that are making some investors cautious are keeping oil prices high. With booming sukuk issuance and excess liquidity, the region is keeping many investment banks active and profitable, helping Middle Eastern economies to develop and become more integrated.