A unique banking system long revered as a safe haven for the world’s tax dodgers now faces gut-wrenching transformation in order to endure. 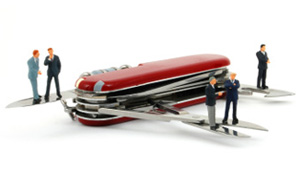 For centuries Swiss banks have thrived on absolute secrecy, accepting deposits with few questions asked from wealthy individuals who sought to avoid paying taxes in countries around the world. They’re as central to the Swiss national identity as pharmaceuticals, watches or precision engineering. At the end of 2011, they accounted for SFr35 billion ($37.9 billion) in value added, according to the Swiss Bankers Association, corresponding to 6.2% of Switzerland’s gross value added. Riding the pristine reputation of the country’s legal system, they have helped establish the Swiss franc as a safe-haven currency—and helped drive the franc to alpine heights since Europe’s debt crisis unfolded a couple of years ago.

“Sound and safe Swiss banks are one of the elements of the overall economic and political picture and therefore contribute to the stability and the strength of the Swiss currency,” says ambassador Oscar Knapp, head of the markets division of the State Secretariat for International Financial Matters (SIF) of Switzerland’s Federal Department of Finance.

But now the core business of Swiss banks, private banking—which Boston Consulting Group estimates produced 43% of the total SFr58.6 billion in annual revenues of the 311 banks in Switzerland in 2010—is under attack. Swiss banks lost a critical battle in September last year, when UBS was forced to pay the US Internal Revenue Service $780 million to settle civil and criminal charges that it helped thousands of American clients use secret bank accounts to evade taxes. When the Foreign Account Tax Compliance Act (Fatca) came into effect in January this year and Switzerland agreed that US taxpayers’ deposits would be disclosed to the IRS, Switzerland was hit with a full-scale onslaught from all sides, with the UK, Germany, Italy and other European countries all demanding the same privilege.

Now Switzerland’s neighbors are being emboldened by the high-stakes endgame into which the US Justice Department and the IRS are methodically drawing one helpless Swiss bank after another, large and small. Tension rose in December when the Justice Department indicted three employees of the Cantonal Bank of Zurich, which is owned by the Swiss government, and caused the closure of Switzerland’s oldest bank—Wegelin & Co—in January this year.

SWISS REINVENTION
Consensus is building in Switzerland’s finance industry that the country’s banks have no choice but to reinvent themselves if they are to continue operating in the US and the world’s other major economies. Such a transformation carries the risk of substantially depleting current deposits: SFr2.70 trillion of the banks’ assets under management—or 51% of the total—belong to foreign clients, according to the Swiss Bankers Association. Reconfiguring their business model would ultimately involve abolishing banking secrecy, a process that has already started with Fatca.

According to securities analysts who cover Swiss banks, secrecy for purposes of tax evasion is by far the main attraction of Switzerland’s so-called offshore private banking business. And the banks make a hefty profit from these services. Guido Hoymann, an analyst at B. Metzler seel Sohn & Co in Frankfurt, estimates the gross margin of offshore banking services at double that of so-called onshore private banking services, which are offered in Switzerland and branches in other countries. Deposits in onshore accounts are routinely reported to the local tax authorities. Overall, private banking is so lucrative that, even though only about 6% of the workforce of large Swiss banks like UBS and Credit Suisse work in that product line, it brings in roughly 60% of their revenue, Hoymann estimates (UBS and Credit Suisse declined to comment).

For any such reinvention to be taken seriously, Swiss banks will have to start anew with a clean slate. To that end, SIF has recommended that the banks negotiate a “global settlement” with US authorities that settles all potential tax and other claims. While being extremely costly, easily running into billions of dollars, such a settlement would serve to allay any doubt over their credit-worthiness as they strive to transform themselves in the years to come. Going forward, Swiss banks would share their clients’ secrets only with tax authorities, “applying the international standards and managing exclusively taxed assets while preserving the protection of clients’ privacy,” says ambassador Knapp. In the absence of such a global settlement, Fitch Ratings warned in a recent report, Swiss banks could ultimately be threatened with “exclusion from US dollar clearing”—in other words, pariah status.

Whatever happens, many of the banks’ largest clients—even in offshore accounts—can be expected to leave their deposits in place simply out of loyalty to the financial advisers they have learned to trust at UBS, Credit Suisse and other large banks, predicts Christian Kuendig, an analyst at Fitch Ratings in London.

CAPITAL OUTFLOW
But there is still likely to be a substantial outflow of capital. The Swiss Bankers Association is prodding the banks to imitate their global peers and build up currently-less-lucrative business lines. In a joint study with the association, Boston Consulting Group recommended that Swiss banks diversify into taxed asset management and investment banking worldwide. BCG suggested that Switzerland establish an offshore hub for trading in securities denominated in Chinese renminbi—a hub like Hong Kong, where Standard Chartered and HSBC underwrite renminbi-denominated bonds for multinational corporations. The report estimated that such steps could increase the total revenue of Swiss banks by about 3.2% a year, reaching a total of SFr10.1 billion in five years.

According to BCG, such improvements will have to be driven by Swiss government policy. Switzerland’s tax environment is not nearly as conducive to taxed asset management as that of Luxembourg, and there aren’t enough fund-management specialists in Switzerland. “Apart from funds of hedge funds, today Switzerland is not an internationally relevant asset management location,” BCG warned.

This recipe for global diversification would appear to be better suited for Switzerland’s largest banks. Credit Suisse, for example, set a precedent for other Swiss banks by acquiring First Bank of Boston in 1988—long before banking secrecy came under attack. With their economies of scale, the large banks can afford the type of restructuring that BCG recommends on top of the cost of any new banking regulation or global settlement. While their most profitable business line shrinks, they can absorb the cost of developing new products to replace it—or acquiring financial services companies that already have a track record for managing those products, says Braden.

But it’s a different story for smaller banks, which are expected to undergo a wave of consolidation. According to a securities analyst at a Swiss bank, who asked not to be named, Switzerland’s finance sector could shrink from 311 banks to 200 in just two years. UBS CEO Sergio Ermotti recently predicted that Switzerland’s banks could lose 15% of their 146,000 jobs.

"Many of the banks’ largest clients will likely leave their deposits in place out of loyalty to their financial adviser."

According to S&P’s Braden, Switzerland brought much of this pain on itself by stiffening capital requirements, requiring “systemically important” banks to hold Tier 1 and Tier 2 capital equivalent to 19% of their assets in a cautious response to the global financial crisis of 2008. That’s nearly double the 10% capital requirement under the new Basel III banking rules. Central bankers from around the world agreed at a meeting in the Swiss town of Basel on January 8 to give all lenders four more years to meet those requirements—and even watered them down.

In January this year, finance minister Eveline Widmer-Schlumpf formed a committee of 10 experts, including Swiss university professors and political party leaders, to formulate a recipe to wean banks off of private banking.

In her previous role as president of Switzerland, Widmer-Schlumpf proposed eliminating a fine distinction in Swiss banking law between tax evasion and tax fraud. Until they made an exception for the IRS, Swiss banks were not legally required to disclose their clients’ accounts to tax authorities unless they suspected fraud. Until that distinction is eradicated, Widmer-Schlumpf has argued, Switzerland will never shake off its reputation as a haven for tax dodgers—much less build a new reputation as a destination for depositors seeking better returns on their investment than they can find in the US or the EU.

When Wegelin & Co, Switzerland’s oldest bank, pleaded guilty in a New York courtroom to helping its American clients evade US taxes in January, it suffered a harsher penalty than its owners could bear. When the final sentence is handed down this month, the bank is expected to have paid a total of $79 million in fines and unpaid taxes. As one of 25 Swiss banks that are unlimited-liability partnerships, in which the owners are personally liable, Wegelin was forced to announce that it was closing down after 272 years in business.

“It was clearly a strong signal that a comprehensive solution has to be found. It was also one reason why we believe a global settlement is probably the best solution for the banks,” says Christian Kuendig, analyst at Fitch Ratings. Without such a settlement, many of Switzerland’s small banks—the 161 banks that each have SFr156 billion ($168.9 billion) or less in assets—may not stay in business long enough for reform to take hold. They are emerging as prime targets for tax authorities not just in the US but also in European countries that are clamoring for the same level of disclosure that Switzerland gave the IRS.

Deposits follow linguistic lines from wealthy Europeans to Swiss cantons where their languages are spoken. So small private banks in Lugano, where the cantonal language is Italian, derive almost all of their revenue from offshore private banking services for high-net-worth individuals in Italy, while small banks in Geneva, where French is spoken, are similarly dependent on clients in neighboring France, explains Kuendig.

With only one core business to speak of—private banking—these small banks lack the diversity that their larger Swiss peers will use to their advantage in expanding other business lines and generally embracing reform. As a result, Kuendig warns, the brunt of reform is likely to be felt from the bottom up rather than by global giants like UBS or Credit Suisse.

Small banks are emerging as pawns in a test of the Swiss government’s political will. In December last year, when the US Justice Department indicted three employees of the Cantonal Bank of Zurich, it singled out one of 24 cantonal banks that are government-backed and comprise 16% of Swiss banks’ total assets. The Justice Department was touching a particularly sensitive nerve. In January the bank asked the Canton of Zurich for a capital increase of SFr2 billion in addition to its existing SFr2.5 billion in capital. To settle with the US, the bank is expected to ask for another increase.