Distressed debt and bankruptcy restructurings completed in 2012 more than doubled from 2011 to $423 billion, according to Thomson Reuters. Excluding Greece’s record $263 billion debt-exchange transaction, however, produces a very different picture.

In the US, distressed-debt deal activity totaled $62 billion in 2012, down 19.2% from 2011. The media and entertainment industry accounted for 34% of the US debt-restructuring market last year, led by the Tribune Company’s $13 billion deal. The Tribune Company, publisher of the Chicago Tribune, emerged from Chapter 11 bankruptcy in December, following four years of legal wrangling.

ASIAN DEALS FALL
The Asia Pacific region’s distressed debt and restructuring activity totaled $10 billion last year, down 25% from 2011. The telecom industry was the most active in the region, accounting for 48% of the total.

LEGAL BATTLES
The holding company for Washington Mutual finally had its reorganization plan approved in February 2012, following three years of legal battles about the low price paid for its banking assets. It filed for Chapter 11 bankruptcy in September 2008 after its Washington Mutual Bank subsidiary was seized by regulators and sold to JPMorgan Chase.

Cemex completed its $7.4 billion restructuring plan in September 2012. The refinancing pushed back the maturity of debt coming due in 2013 and 2014. Cemex was forced to sell some of its businesses as part of the restructuring.

A poll of 100 hedge fund managers, traders and asset-managers that invest in distressed debt found that they expect US corporate defaults to remain low this year. The poll by Debtwire, Bingham McCutchen and Macquarie Capital also found that the investors were split over whether bankruptcy filings by large companies will increase this year. In 2012, there were 17 bankruptcy filings by companies with at least $150 million in debt. 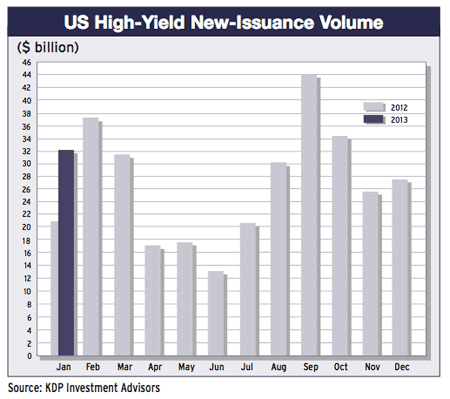 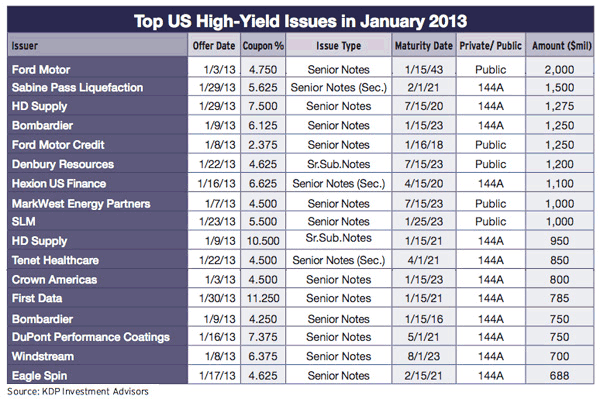