Spain wants to make life a little easier for its business sector. 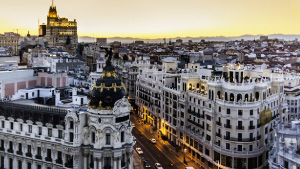 Recently, Madrid drafted legislation to make it simpler for companies to conduct business in different autonomous regions within the country by streamlining local regulations.

Although Spanish law allows goods and services to flow freely within its borders, regional rules and norms often prevent companies from expanding outside their provinces. Economists applaud the law, which would basically make one region honor the rules of another.

“I think the reforms will go a long way to streamlining business operations in Spain by removing some of the red tape the various regions impose,” said Walter Molano, a partner at BCP Securities investment bank in Greenwich, Connecticut. “Each region has a great deal of autonomy in managing business transactions, taxes and trade, which imposes a great deal of difficulty on Spanish businesses.” But not all regional politicians are expected to welcome the proposal with open arms, as in the end, scrapping bureaucracy often means stripping bureaucrats of their power. “The problem will be in getting the regional parties to agree to the changes, since it centralizes power,” Molano said.

Meanwhile, Spanish prime minister Mariano Rajoy insists the country’s economy continues to recover. He has faced calls to resign in the wake of allegations that he and senior officials in the ruling Popular Party took kickbacks, charges he has denied.

At a joint news conference with German chancellor Angela Merkel, as reported by the AFP newswire, Rajoy said that he had “the same enthusiasm, the same courage, the same determination to get Spain out of the most difficult situation which it has experienced in the last 30 years as when he came to power.”

Other economists point out that Spain will need time to work through its problems as many banks and companies remain in weak shape.