Global executive risks are mushrooming in the midst of charges around Libor rate fixing and an explosion of M&A legal suits. 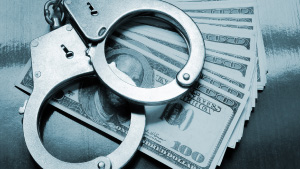 The Libor scandal involving rate-rigging has triggered widespread investigations of major banks. But it is simply the latest in a series of calamities influencing how insurance companies view executive risk and underwrite directors and officers’ (D&O) liability insurance and related coverage for financial institutions. And an explosion of lawsuits related to mergers and acquisitions is leading to coverage adjustments for companies across virtually all sectors.

Although Libor improprieties surfaced a few years ago, it’s premature to discuss the full impact for financial institution risk and insurance, notes Richard Magrann-Wells, senior vice president, financial services practice leader, Willis North America. “Every major currency has its own version of Libor,” he says, adding that while dollar Libor is the largest, there are concerns with other currencies. “There already have been talks, investigations and settlements about yen Libor.”

Magrann-Wells also queries the outcome of evolving private litigation: “So far, we’ve seen settlements with regulatory agencies, but there have already been double-digit private suits filed by major institutions against some of the Libor banks … that could take years to play out in court.” Problems related to Libor are “going to be with us for a while,” he says. “This is a very long, slow-moving train wreck.”

As to the Libor scandal’s effect on insurance coverage, it has created both winners and losers. Ann Longmore, executive vice president, Finex North America, Willis Group, says that while some parties may not sue, “those who have been harmed; who paid excessively high rates on loans, for example, or had depressed values of assets … may be stepping up. And these could be some of the largest institutional investors globally.”

Longmore says Libor issues initially may trigger professional liability claims, which may or may not be accepted. When settlements or related actions start affecting balance sheets, they will morph into D&O claims, as shareholders ask: “Where was senior leadership when all this was happening?”

HEIGHTENED CLAIMS
For now, Libor holds a prime place among a series of issues in recent years—including the global financial crisis of 2007–2009; Basel I, II and III; and the implementation of regulations under the Dodd-Frank Act in the US, along with other large-scale regulatory reforms around the globe—that are affecting executive liability and D&O rates.

“Certainly, everything going on in the financial institutions sector the last four or five years has resulted in heightened claims activity. This is manifesting itself in higher pricing and tougher underwriting,” says Evan Rosenberg, senior vice president and global specialty lines manager for the Chubb Group of Insurance Companies.

Tom Orrico, managing director and Finpro financial institutions practice leader at Marsh, adds: “From a D&O perspective, after 2007, when the credit crisis hit, banks had nine consecutive quarters of D&O rate increases before the fourth quarter of 2009.” At that point, “things started to stabilize.” The fourth quarter of 2009 to the third quarter of 2011 saw “seven consecutive quarters of rate reductions as the banks demonstrated strong capital, balance sheet and liquidity.” Rates climbed again throughout 2012.

Still, D&O insurance has no shortage of available capacity. But firms seeking the best deals should “start the process early; at least 100 to 180 days prior to renewal,” advises Orrico, who also suggests meeting with underwriters to help differentiate your firm.

M&A SUITS EVOLVE
As potential litigation related to Libor is still evolving, executive liability and D&O markets—in the US, in particular—are absorbing the explosion of lawsuits across all industry sectors in connection with mergers and acquisitions. Merger objection lawsuits—filed by shareholders that, as the name suggests, object to a proposed or completed acquisition—are rampant, and executive compensation lawsuits are also on the rise.

Although most suits come in against the acquired firm, Longmore notes that some are made against the acquirer. She adds the suits typically “settle out fairly quickly—that’s the good news; within six months they’re up and gone.” Companies are often under time pressures to complete the deal and are motivated to settle. Those that do not settle out quickly tend to be the difficult ones—more likely “to blow through one or more policy limits,” says Longmore.

The suits are a boon for plaintiffs’ attorneys, who typically bring them in multiple jurisdictions. But they deliver “no value to shareholders and are like death from a thousand paper cuts for insurers,” says Brenda Shelly, managing director and US D&O Leader of Marsh. Underwriters are trying to find a way out for themselves and their policyholders but they still lack a solution.

“In talking with some defense firms, we’d like to get some of these cases in court and win,” says Chubb Group’s Rosenberg. “But it’s hard because the directors are gone: They’ve been acquired; they’re out. They have moved on to other things or have retired and are not interested in litigation.”

"There have already been double-digit private suits filed by major institutions against some of the Libor banks … that could take years to play out in court."

Predictably, the response of many insurers has been to limit coverage provided under D&O policies for M&A transactions, says Andy Brett, a D&O broker with Miller Insurance. “A lot of those claims have been defense-cost-and-plaintiff-fees-only issues, and deductibles have been set to take care of that situation. Thus, they are quite high … in the $750,000 to $2 million range.”

Libor and M&A aside, executive risks have become more pervasive globally, especially across Europe and in Asia. Longmore warns of insider trading issues around the world as the concept of privileged information is not universally applied by international subsidiaries and trading partners. Meanwhile, Magrann-Wells eyes emerging risks under the SEC’s recent guidelines on annual report disclosures of potential cyber threats: For major banks, the “largest risk may be distributed denial-of-service attacks by a sovereign nation,” he says. But “nobody wants to be saying those things.”