Argentina: For A Few Dollars More

Argentina has it tough. With GDP growth expected to fall to approximately 1.5% this year (compared with growth of more than 8% in 2011), foreign reserves at a seven-year-record low and an unofficial inflation rate well above 30%, the country’s sharp devaluation of the peso in January came as little surprise.

Devaluation in Argentina dates back to the 1820s, when the country first gained independence. So, when in January the Cristina Fernández de Kirchner–led government let the official price of one US dollar slide from 6.9 to around 8 pesos, the question for the financial markets was for how long the new level would hold. 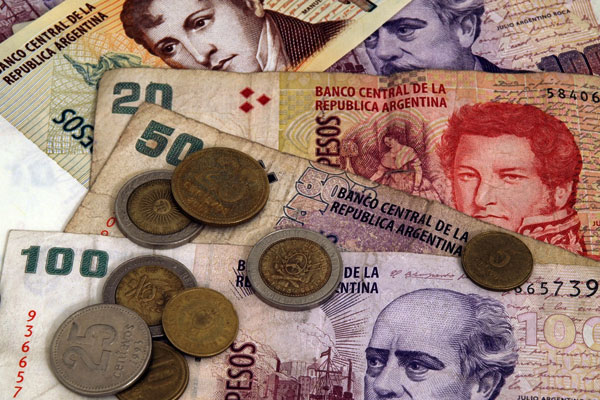 According to some, the government may be buying time until the elections in October 2015.“The current government is actually taking some steps in the right direction, buying precious time and [trying to] avoid a major crisis,” said Sebastian Vargas, a New York–based economist at Barclays. Vargas added that any major reform will have to wait for the new government.

Two administrative measures are supporting the peso, whose official value is a mere 60% percent of the black market rate, which is estimated at 12.60 per dollar.

The first measure is legislation allowing some private citizens—those making at least $900 per month—to change 20% of their salary into dollars, which is designed to contain demand on the black market, creating some arbitrage that will eventually reduce the difference between the official and the unofficial rate.

Second, a decision announced by the central bank in February to limit the banks’ holding of dollars, also appeared to support the peso.

An ultimatum last December by the International Monetary Fund to the Kirchner government to stop reporting questionable statistics on inflation and the economy has so far been largely ignored, but if the country wants to resume contacts with the capital markets and have some funds flowing into its coffers, a different approach to the Washington-based IMF is vital.

“The shortest way to avoid a big-time crisis of the national and popular government has three letters—IMF. It may well be the only one,” stated Lucas Llach, a professor of history and government at the Universidad Torcuato Di Tella, in his blog at La Nación.