Over the past six years transaction banking has been one of the best performers in an otherwise lackluster banking sector. Even in the midst of a global financial crisis, suppliers and salaries still need to be paid, which provides a steady stream of income for transaction banks. Investment banks, by contrast, are more volatile; their fortunes have waned in the wake of the subprime mortgage crisis.

However, banks attending BAFT (formerly BAFT-IFSA: Bankers’ Association for Finance and Trade and the International Financial Services Association) global annual meeting in London in mid-January said regulations such as Dodd-Frank and Basel III could make transaction banking a less attractive business for many banks. “Regulation could lead to less investment in transaction banking, resulting in more focus on riskier areas of banking,” stated one banker at a leading global transaction bank. 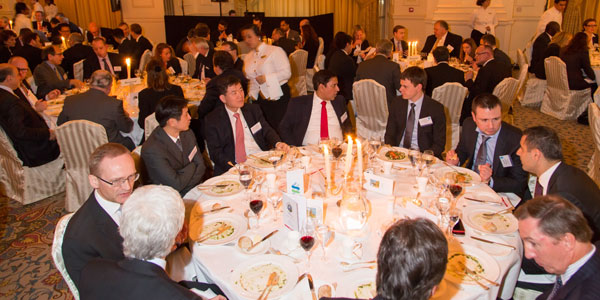 The annual meeting highlighted some of the latest developments in transaction banking—including new solutions, such as the bank payment obligation (a letter-of-credit-style product for open account trade), a new master trade loan agreement for bank-to-bank trade loans drafted by BAFT, and more robust definitions of supply chain finance to bring commonality to supply chain finance and attract institutional investors.

These aspects were overshadowed, however, by wider concerns regarding the impact of regulation. The BAFT meeting heard how the leverage ratio under Basel III could change the way cash management structures—such as cash pooling and zero balancing—are set up. With banks forced to assign capital to cover gross exposures on their balance sheet, the decades-old debate as to whether banks would start charging customers for the provision of intraday liquidity also resurfaced.

Aside from Basel III, the Financial Stability Regulation, which is part of the all-encompassing Dodd-Frank Act in the US, could force transaction banks to subsidiarize, the meeting heard, resulting in de-globalization and fragmentation.

The trade finance business, which was propped up by the intervention of multilateral development agencies like the International Finance Corporation and US Ex-Im Bank during the global financial crisis, could be particularly hard hit by regulation. One leading commodities-financing bank at the BAFT meeting noted: “Banks are collectively shrinking correspondent banking, [in emerging markets]. Trade finance is in danger of only working with a club of countries.”

One of the main reasons given by transaction banks for reducing their correspondent banking networks, particularly in emerging markets, is the time and money spent complying with onerous Know Your Customer regulations. “Banks wanting to exit certain markets could [lead to] underserved markets and populations effectively being turned off because of KYC,” noted one European transaction banker. “We have to question whether that is the right thing to do. We don’t want money to be driven underground. It could result in more opaqueness if big banks don’t want to deal with [certain] counterparties.”

One piece of good news to emerge from the meeting for those banks struggling with KYC regulation was the announcement of a new industry utility, KYC Exchange Net, based in Zurich, which will facilitate the exchange of data between financial institutions via a standardized KYC questionnaire. Banks, however, will still need to perform their own customer due diligence on new bank accounts that are opened.