Not all emerging markets are created equal, as the current EM crisis has once again demonstrated. Global Finance sat down with Markus Schomer, chief economist at PineBridge Investments, to discuss the 2014 economic outlook and how emerging markets are adjusting to the tapering of expansionary US monetary policy. 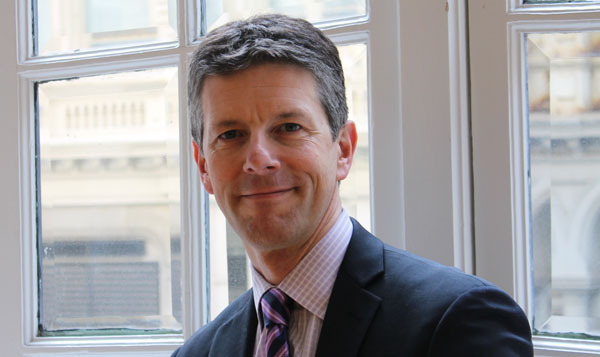 Global Finance: What is your outlook for 2014?

Markus Schomer: There is the need for a correction in the emerging markets—which was predictable, but it was not predicted. The crisis is not going to go away until they all have raised interest rates and closed their current-account deficits. All of the “Fragile Five” countries—Brazil, India, Indonesia, Turkey and South Africa—have elections later this year, so that it will take some time for them to adjust.

But globally, there are still plenty of reasons to be optimistic. Europe, the US and Japan are improving, and they are three large pieces of the world economy. Emerging markets represent the fourth or even fifth story, meaning that unless there is a systemic crisis as a result of the current sell-off from emerging markets, I see no reason to change our generally optimistic outlook.

GF: Does the form of the current crisis suggest that investors are discriminating among emerging markets?

Schomer: Yes. Venezuela, Turkey, Brazil and India are in very different situations. Should I rank the Fragile Five, I would put them in the following order [least fragile first]: Indonesia, India, Brazil, Turkey and South Africa. Some of them have already taken action to correct their imbalances. India should get a lot of credit. They picked the right guy [Raghuram Rajan] to run the Reserve Bank. He brought instant credibility, and he is now moving toward an inflation-targeting central bank. Their stock market and the rupee are doing well. Some countries are still very much in the limelight, like Russia, Argentina, Venezuela and Ukraine. And you can make money differentiating amongst them, depending on where these markets are in the adjustment cycle.

The forthcoming political elections in the Fragile Five countries are generating expectations that some reform could be resumed. India is an example. There is a lot of hope right now that Modi [Narendra Modi is the candidate of India’s main opposition Bharatiya Janata Party (BJP)] might institute more business-friendly reforms. He has other issues, but from the economic and business perspective the fact that he is leading in the polls is very positive for India. He could be another catalyst for reforms. In Brazil it looks like Dilma [Rousseff] will win again, but she might choose a different team to run the economy. In Indonesia the policy adjustment cycle has already gone through, and the country is now much more stabilized. South Africa has done nothing, and elections are unlikely to bring change. They would need stronger worldwide commodity demand to boost their growth.

GF: Is the current EM crisis similar to that of the mid-1990s?

Schomer: It is a similar crisis with the same driver. But there are two major differences. First, we were then at a different point of the business cycle. In 1998 we were much deeper in the cycle, and in that situation if you start rocking the boat, there is a much higher risk that the boat will capsize. Even more importantly, there were more countries with fixed exchange rates. In the present situation floating currencies have helped a quicker correction of imbalances.

GF: Does the January decision by the Fed to keep its tapering plan unchanged show indifference toward the difficulties of emerging markets?

Schomer: From the very beginning the understanding has been that tapering would mean scaling back acquisitions by $10 billion at every meeting. This has never been in the Federal Reserve statement, but it was said clearly by Ben Bernanke [chairman of the Federal Reserve until the end of January]. Therefore the decision to announce another tapering for an additional $10 billion was a mere continuation of what they had decided in December. You are right in saying that this is a decision entirely based on US numbers that completely disregards the turbulence it causes in emerging markets. But one of the bad things about tapering is that when you start, there is no way back; there is no safety valve. You cannot start tapering a bit and then, if you see an adverse reaction in the equity market, stop for a while. In doing so you would lose a huge amount of credibility. The risk would be to create even more uncertainty.