Do open-door trade policies provide greater long-term benefits? Or is protectionism worth the costs? Brazil and Mexico have taken completely different routes when it comes to foreign trade. And the results are telling.

Brazil’s weaker foreign trade performance in 2013—posting a $2.6 billion surplus, compared with the previous year’s $19.4 billion—could prompt the government to introduce additional protectionist measures in a country already accused of unfair trade practices. In contrast, Mexico has open doors to foreign trade—and has benefited as a result.

The 2013 surplus was Brazil’s worst since 2000, despite government programs aimed at supporting the export sector by providing subsidized loans to local producers. The government is trying to downplay the outcome, but analysts point to deep structural problems. 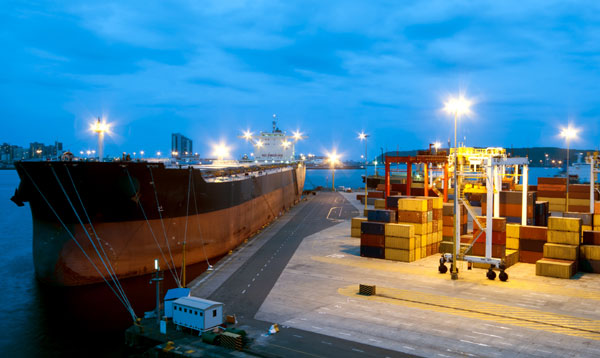 As more Brazilians have moved into the middle class, they too have contributed to the weakened trade balance. Appetite for foreign-made goods remains high, with imports of electronics and apparel up 3.2% last year. A strong currency, which weakened in early 2014 as a consequence of the trade results, also made it affordable for record numbers of Brazilians to travel abroad. The trade result contributed to an $81.4 billion current-account deficit (nearly 4% of GDP) in 2013, 50% higher than the 2012 gap.

“Arguably, such a fall [in the trade surplus] could be seen as an isolated event or a ‘bad year,’ but digging deeper, we can point to some structural problems that could have caused this weak result,” says Charles Meacham, a partner in law firm Gardere Wynne Sewell, whose practice extends throughout Latin America. Meacham points to Dilma Rousseff’s administration’s populist policies, which have led to increased government intervention in the economy.

“In Brazil it [populism] includes keeping interest rates artificially low and offering cheap government loans; choosing ‘national champions’ who benefit from incentives and protection from competition; and all kinds of governmental interference with the economy,” says Meacham, citing government-set oil prices and subsidized electricity rates as examples. “On top of that, the government has an expansionist monetary policy and expands the monetary base to create more liquidity in the credit markets.”

Meacham argues the government began trying to boost domestic consumption as a response to the 2008 global financial crisis, but has not stopped creating incentives for credit expansion, increasing social investments and boosting public-sector expenditures since then. “However, the national industry did not experience an improvement of its capacity to react to that extra demand,” he says.

Elizabeth Johnson, director of Brazil research at Trusted Sources, an independent emerging-markets advisory firm, believes fuel subsidies are dampening trade. “Brazil’s poor trade balance is largely a result of the massive increase in oil products imports,” she says. “Because of strong automobile sales in recent years, the government’s policy of subsidizing fuel prices, delays in refinery projects and the lack of investment in ethanol production, Brazil will remain a net importer of gasoline and diesel for the next decade, which will weigh on the country’s trade balance.” The total value of fuel and lubricants imports rose nearly 14% in 2013.

Yet, says Johnson, “although domestic content requirements are likely to continue, I don’t expect Brazil to move in a more protectionist direction, particularly given the recent weakening of the Brazilian real.” While she contends that the weaker currency provides a welcome relief for exporters, Johnson is not convinced the government will allow the currency to slip further, given the challenges of controlling inflation. “If the government does allow the currency to weaken, it will be a major boost to all exporters and will help the trade balance.”

Meacham agrees inflation concerns may halt increased protectionism. “The government already faces high social tensions due to inflation, which was around 6% in 2013, and that could be a reason for them to back off on protectionism,” he contends. “Because protectionism is a driver of inflation, as imports become more costly, the government might consider slowing down on its protectionist policies for the sake of preserving the value of the Brazilian real.” In 2013 the government missed its 4.5% inflation target for the fourth consecutive year.

Whether or not Brasília decides to increase protectionist measures, those already in place remain problematic. Brazil maintains tax incentives on domestic goods and higher import duties on some 100 products. The situation led the EU to file a complaint before the World Trade Organization (WTO), alleging the country’s tax scheme gives Brazilian manufacturers unfair advantages. In the complaint, the EU cites a 2011 law that upped taxes on motor vehicles by 30%, though providing an exemption for those produced locally. The complaint also cites similar issues in the electronics and technology sectors. The US and Japan are reportedly considering joining the case.

Though Roberto Azevêdo, the new director general of the WTO, hails from Brazil, it doesn’t appear that this will give Brasília much respite. “My job is to prioritize multilateralism, and that of course interests Brazil, which is a global player,” he told the press after his appointment. “I’m representing 159 members, and one of them happens to be Brazil.” Azevêdo believes protectionism is on the decline globally but thinks it will slow world trade growth to 4.5%—compared with a previous outlook of 5%—in 2014.

While analysts debate Brazil’s protectionist stance, they point to Mexico as a country moving in the opposite direction, toward a greater opening of its economy. In January, Mexico commemorated the 20th anniversary of the North American Free Trade Association, the free-trade agreement with the US and Canada. “There is no possibility of a doubt that Mexico’s trade situation has improved significantly as a result of Nafta,” says José Alberro, director of the Berkeley Research Group in Washington, DC, and a key Nafta negotiator, having represented the Pemex state-owned oil company at the negotiating table.

“Exports to the US have increased seven-fold, from about $40 billion in 1992, when the agreement’s negotiation was concluded, to about $300 billion in 2013,” says Alberro. In 1992, he notes, Mexico had a $2.5 billion trade gap with the US, but last year it posted a $100 billion surplus. “Brazil has sided with China and has benefited from its growth, but it has remained a closed economy that has not benefited from competition; Mexico chose a totally different route to face the challenges of competition head-on.”

A Standard & Poor’s report published in November bears this out. “In our view, Nafta has had the biggest impact on the Mexican economy, which has become more open and has developed a significant manufacturing base,” says the report.

However, Mexico’s trade situation has room for improvement. Despite a 2.6% year-on-year rise in exports in 2013, to $380.2 billion, Mexico posted a $1 billion trade deficit, up from a meager $46 million shortfall in 2012. Analysts feel the higher shortfall was caused by a 25.8% drop in Mexico’s oil sector surplus, coupled with a 17.5% increase in the nonpetroleum products deficit. Likewise, the country still sells more than 80% of its exports to the US, providing little diversity.

Alberro considers geography a key factor in what some say is Mexico’s self-imposed isolation. “Mexico is at the doorstep of the largest market in the world; it does not export high-density goods, so transportation costs can represent a significant portion of the final price. If France and Germany were Mexico’s neighbors, it would mostly export to those countries. If its 2,000-mile border was with China, it would sell 80% of its products to that market.” Meanwhile, Brazilian president Dilma Rousseff, speaking to participants at the 44th World Economic Forum in Davos, Switzerland, asked investors not to focus on short-term economic data but instead to look at long-term trends. “The time has arrived for us to overcome defensive stances and recognize the role of world trade in economic recovery,” she said during her debut visit to the international event.

Meacham believes reversing Rousseff’s populist policies could be a good start. “The strategy of imposing barriers to imports in order to leave the runway free for the domestic industry to take off has backfired consistently,” he says. “In this sense, by opening up to foreign trade and resisting the temptation of engaging in protectionism, the country would be able to achieve better results. Brazil should wake up from its populist dream before it becomes a nightmare.”

THE ECONOMICS OF THE WORLD CUP

Brazil expects to generate more than $11 billion in revenue from the FIFA World Cup, to be played in 12 cities across the country between June and July. The figure is more than 20 times greater than that generated by South Africa, the 2010 host. But the event is running into some major pitfalls even before the first player hits the field. 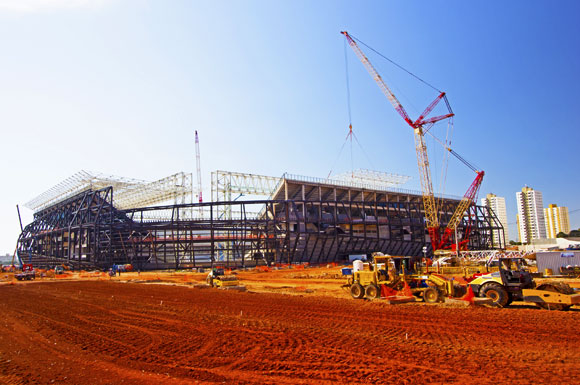 Brasília says it is investing some $10.7 billion in the event, compared with South Africa’s $4.5 billion, but estimates say the figure tops $15 billion and could double once tallies are in. The government, which won the bid in 2007, originally said the event would cost less than $1 billion and that much of it would be covered by private-sector funds. Taxpayers, however, are now carrying some 80% of the burden.

While Brazilians, who have won the World Cup five times, initially cheered the decision, they have since unleashed violent street protests in several cities, vowing to stop the event. Protestors argue that funds should be used for public transportation, healthcare, education and other priorities. Protestors’ signs claim: “There will be no World Cup.”

FIFA is disappointed by lengthy delays, with half of the venues missing construction targets in 2013. Three workers were killed in two construction site accidents. “Brazil has now realized it started up too late,” FIFA President Sepp Blatter said after an inspection. “It is the country with the biggest delays in World Cup preparations since I became president, and it is the one that had the most time to get ready.”

Brazilian president Dilma Rousseff ended her speech at the World Economic Forum in Davos, Switzerland, by inviting visitors to attend the event, saying: “Football [soccer] is an important affirmation of peace.” For Rousseff, its success could prove critical. Not only is it considered a dress rehearsal for the 2016 Olympic Games in Rio de Janeiro, but she will also be seeking reelection in October, just months after the World Cup’s closing ceremonies.