Vietnam: Not For The Faint Of Heart

Vietnam has great potential, but it also has significant hurdles to overcome to improve its business climate for foreign investors.

Like the US, Vietnam had its own financial crisis, real estate bubble and troubled banks—with some similar consequences. The fallout included bad loans officially estimated to be 6% to 7% of all loans but unofficially pegged at closer to 18%, according to Michael Yeo, an analyst at the Singapore office of IDC Financial Insights, citing his banking sources in the country. “The Vietnam government two years ago realized the banking system was in a stage where it may fail,” he notes. 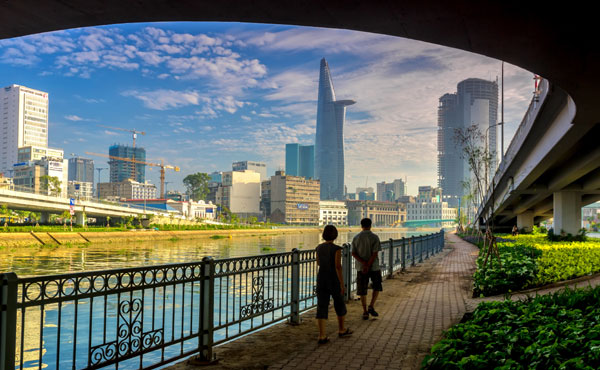 Van Pham, Vietnamese-born associate professor of Economics at Baylor University in Waco and author of several papers on Southeast Asia, including Vietnam, says that uncertainty over the debt situation extends to musings about changing the currency. But, Pham notes: “This is just rumor.”

Currency fears have in fact led to other drastic measures, says Pham—such as a ban on the sale of gold, starting in 2010. The dong had already been devalued, but fear of future devaluations drove some investors to gold as a safe haven—which, in turn, has added to downward pressures on the dong.

To be fair, the picture has improved—at least in part because the government has transferred an estimated one-quarter of the total faulty loans into a separate corporation called Vietnam Asset Management and instituted limits on allowable loan amounts, as well as rigid currency and exchange controls. Some envisioned consequences appear to be based more on anxious fantasies than on reality.

Foreign direct investment is welcome, but pressure on the dong and fear of capital flight have led to foreign exchange controls—exports of US dollars are limited to a prescribed list of situations. A foreign company dealing in Vietnam would have to investigate the limitations that controls would have and measure their plans against regulations.

However, Vietnam has some big advantages. It is politically stable and has a financial community that is familiar with global business practices and used to dealing with foreign companies.

Understanding the business climate of Vietnam means understanding the doi moi (change anew) strategy and economic events that followed it. Following unsuccessful five-year plans from 1976–1981 and 1981–1985, the government launched its doi moi strategy in 1986 to drive political and economic renewal. It allowed private enterprise and foreign direct investment and essentially canceled the push to collectivization of the industrial and agricultural sectors. Like any economic strategy, it has had both successes and problems.

Yeo explains that doi moi helped the rise of small and medium-size businesses, but that “at the back end you still have large state enterprises that still control a lot of major industries.” These include agriculture, utilities and banking—although the government has allowed some privatization.

In the near term, the future holds continued debt concerns—possibly worsened by costs connected to state-owned enterprises, which in turn could add to the debt levels. There are also questions about corruption, bank capitalization levels and infrastructure.

But to the extent it resolves these issues, Vietnam remains a promising frontier country. “In the long run you still have the positives of a very young workforce—hardworking, literate and well-educated,” Pham argues. Labor is inexpensive, the door is open for FDI, and export levels will continue rising so long as global recovery continues. The Vietnamese diaspora in European countries, moreover, is building trading networks.

But given the government’s dominance of industries such as agriculture, utilities and banking, those looking to invest must be prepared for the challenge. “You’ve got to have guts,” says Yeo.