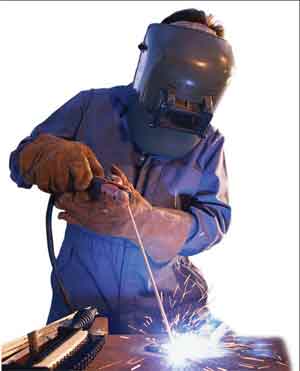 Times are tough in the project finance market as lenders pull in their horns, equity investors scuttle home with their tails between their legs, and project after project gets its credit scorched.

“Not since we began rating projects have we seen such credit erosion,” says William Chew, managing director of corporate and government ratings at Standard & Poor’s in New York.“And it’s not just isolated project problems—but real defaults.”

It’s in the US power sector where the pain has been felt the most. Desperate to take advantage of deregulation, gung-ho power companies had borrowed $435.8 billion by the end of 2002, according to Charlottesville, VA-based research firm SNL Financial.

“A massive debt bubble,” is how Karl Miller, senior partner at Miller McConville, describes the situation. His New Yorkbased firm was set up to stalk the wreckage of the US power sector. Increasingly, Miller and his like will be buying from bank lenders who have been left holding the keys to bust projects.

Combine that chastening experience with a whirlwind ride in emerging markets such as Brazil and Argentina and it’s little wonder that risk appetite has been sharply curtailed for projects across the globe. New issues of bonds and loans for projects almost halved, from $138 billion to $77 billion, in 2002, according to figures from data providers Dealogic in London. Players have been bailing out from both sides. Portuguese power company Electricidade de Portugal is typical in deciding to retreat to its home market after forays into Brazil left it bruised. In March, German airport operator Fraport wrote off the entire €293 million investment it had made in a new terminal in Manila, after protracted wrangles with Philippine governments. Credit losses, emerging market volatility—and looming changes to the regulatory capital regime—have prompted a number of banks to exit from the markets. That’s included onetime big hitters from Germany, Japan and the US.

“The disappearance of so many banks has had an inevitable effect on liquidity,” says Tom Hardy, global head of project and export finance at the Royal Bank of Scotland in London. But it’s not all bad news. Batul Sharif, a senior analyst at Dealogic, says European and Australian banks are still opening their pocketbooks in areas such as infrastructure and partnerships with state bodies.And a small circle of banks remain committed to project markets across the globe.They are not about to jump ship.“This market is battered, not bust,” says Chris Beale, global head of project finance at Citigroup in New York. He points out that project financings typically held up far better than mainstream corporate lending in recent sector meltdowns.

For leading lenders it’s a question of taking a deep breath, looking at new ways of doing things—and going back to square one. “Banks have learnt a tremendous amount of lessons over the past couple of years,” says RBS’ Hardy.“We’ve reasserted some of the basic principles of project finance—cash inflows and cash outflows,” says S&P;’s Chew. He argues that in the go-go days investors placed too much faith in contracts with parties such as power users that proved illusory when it came to the crunch. “It proves the absolute importance of stand-alone analysis,” says Chew. AES Drax, the largest power plant in the UK,was forced to renegotiate some $1.5 billion of bonds and loans in November 2002 when its principal customer TXU Europe went into administration.

That new caution is being reflected in the structures arranged by project financiers.Sponsors such as a power company now have to stump up more equity and typically at the beginning of a project rather than at the end. “There has been a dramatic refocusing by banks on key facets of risk and risk strategy,” says Hardy.

In truth, credit committees have often struggled to cope with the intricacies of project loans.Complex,often opaque, project financing has also suffered by association with other out-of-favor forms of structured lending—and that’s made it harder to get deals past internal committees. Projects are often big and lumpy, involve lending to newly set-up entities and can involve parameters such as political risk that are hard to monitor. All of that makes fitting project financings into the actuarial risk models that dominate the portfolio management structures of most modern banks a little like fitting a square peg into a round hole.

But that’s a trick bankers are trying to pull off.With large areas of the globe desperate for infrastructure investment, the game is worth it.

Citigroup’s Beale points out that almost all arenas of project finance—energy, power, communications and transport—are likely to grow at a faster clip than head line GDP.Even wealthier countries are seeking to use private money to deliver public goods. In August 2002, the Italian government set up a new agency called Infrastrutture, a key part of whose task will be to mobilize project finance to overhaul the country’s ageing railways, roads and bridges.

The UK government has allocated £60 billion over the next decade for schools, hospitals and military facilities to be built under the Public- Private Partnership. PPP is a broad term for a whole range of private sector financing of public services, most involving elements of project finance.

Despite widespread perceptions of a capital-intensive, low-return business, participants point out that project financing can generate risk-adjusted rates of return of up to three times the 10% or so available on straightforward corporate lending.

That’s tempting some lenders to swim against the tide. Brussels-based Dexia is building on infrastructure expertise honed with European local authorities.GE Capital is an increasingly active player,say bankers,seeking to parlay its financial strength and its specialized industry expertise into a winning hand. In September 2002, the Stamford,CT conglomerate bought the bulk of the structured finance business of Swiss-Swedish engineering concern ABB. GE Commercial Finance CEO Mike Neal said the move was aimed at extending the company’s reach in energy, transport and infrastructure project financing.

Non-banks are free from the capital pricing straitjacket dictated by the Basle Committee (see below).

Some of the shortfall in conventional project financing may be filled by newer means. The market for Islamic financing is steadily growing, channeling funds from investors wishing to lend money without receiving interest, in accordance with Islamic shariah law.

US construction company Bechtel has already built a motorway in Turkey with Islamic finance arranged by Citigroup. Rumman Faruqi, CEO of the London-based Institute of Islamic Banking and Finance, says wholesale Islamic finance has traditionally been trade-related, but many participants are keen to move into infrastructure.

Bankers and project sponsors are working hard to bring in other sources of liquidity and support. That’s particularly important in emerging markets, where commercial lenders increasingly fear to tread alone. Just a couple of years ago one prominent banker declared the role of the Export Credit Agencies as redundant. Now, when times are hard, they’re proving their mettle.“Official agency finance is a stable,counter-cyclical product,” says Joseph Casson,a managing director in Citigroup’s project finance group in New York.Official agencies come in a range of shapes and sizes, from national agencies charged with backing hometown companies such as Canada’s Export Development Corporation through multilateral agencies such as the International Finance Corporation.

Some agencies lend money directly; others provide insurance to cover specifics such as political risk. In March, a group of UK,Portuguese and Swedish dock owners signed a 15-year concession to modernize and operate the ailing harbor in Maputo,Mozambique.“We believe that the full privatization of the role of the port authority is the first time this has been done in Africa,” says Paul Biggs, a partner in the London office of law firm Cadwalader, Wickersham & Taft, advisers to the consortium. Sida, the Swedish International Development Corporation, provided the political risk insurance crucial to luring in commercial commercial lenders to the $70 million project.

In fact, players are mixing public and private capital much more vigorously in an attempt to unblock chokepoints in capital flows to emerging markets. When Digitel, Venezuela’s leading GSM cellphone operator, wanted to borrow $500 million in 2001, its 70% owner Telecom Italia Mobile had hoped phone set makers including Siemens would provide vendor financing. But gathering political storm clouds made that unattractive; instead TIM anted up $230 million of the cash when the deal closed in September 2002. That was made easier by a guaranty from SACE, the first time the Italian export credit agency had wrapped equity in this way.

That growing nexus between public and private is being strengthened in other ways. In April, Zurich North America said it was teaming up with the African Trade Insurance Agency to provide political risk cover in emerging markets, including infrastructure developments. Nairobi-based ATI is the only multilateral export credit agency on the continent, and CEO Bernard de Haldevang says the new operation will provide an important link to the mature capital markets of the developing world.

That’s important, but bankers have known for some time that the old financing model—where international banks advanced hard-currency loans to projects with domestic-currency cashflows—needed a rethink. Post-devaluation defaults in Argentina have rammed home the lessons of the 1998 Asian crisis on the dangers of currency mismatches in project financing.

“We’ve focused more on local-currency deals,” says Citigroup’s Beale.With revenue streams denominated in local currency, toll roads,power plants and telecom projects all make natural targets for local currency funding. Where local banks have enough cash, the sums raised can be substantial. Beale points to the $661 million equivalent stumped up by Chinese lenders towards the $1.5 billion financing for nine ethylene crackers at the Integrated Petrochemical Site in Nanjing, China. No one claims it’s easy to find local investors in many emerging market countries—and hefty local interest rates can also be a turn-off. But the growing importance of local currency financing is just one facet of the changing face of project finance.