Way back in June 1974, a small German bank named Herstatt went bust, owing other banks money that was in transit. Since that day, Herstatt risk—the risk that a bank could receive payments in one currency and go bust before it paid out corresponding sums in other currencies— has haunted the markets. Until, that is, the arrival of CLS (Continuous Linked Settlement) on September 9 last year. 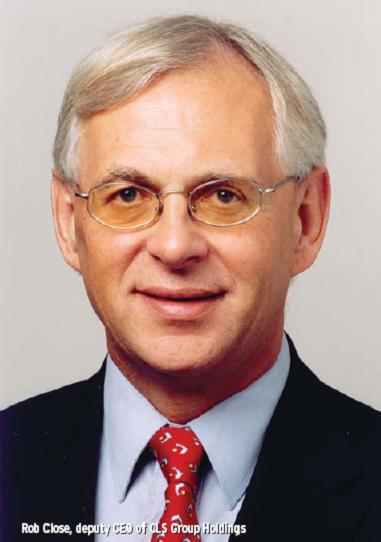 CLS—operated by New York-based CLS Bank, itself a consortium of the owning banks—has created a daily five-hour window in which payments are made and simultaneously received. This covers the overlapping business hours of the participating real time gross settlement (RTGS) systems in Europe, Asia and the US. If settlement criteria for payment instructions are not met, no funds are exchanged and both parties to an FX transaction are protected.

Settlement risk has, in theory, become a thing of the past in FX markets.

And theory, it seems, is being translated into reality. In the seven months since CLS went live, the volumes have been increasing steadily. On average, and taking both sides of an FX trade, CLS says it is settling around $800 billion a day.As yet there is no independent confirmation of the figures. Rob Close, deputy CEO of CLS Group Holdings, says that “on peak days— after US public holidays— we have seen volumes of one trillion dollars and we’ve also had that on two normal days.”

The Bank for International Settlements estimated a year ago that total daily FX trading was in the region of $1.2 trillion. Taking one side of the daily CLS settlement value, it appears that CLS is capturing something around 30% of trades. This figure is set to grow as more third parties— banks, companies and other institutions that are not settlement or user members of CLS—come on board.

According to research from Needham, Massachusetts- based financial researchers Tower Group, the volume of instructions submitted through CLS will swell by 150% by the middle of 2005. These predictions are based on findings from 40 of CLS Bank’s settlement members.

Around 65 of the world’s major foreign exchange banks make up CLS Bank; the number is unlikely to grow much more. It is these settlement members that have spent the $300 million needed to make CLS work. Now they want to drum up more volumes to help offset the cost of building the system. 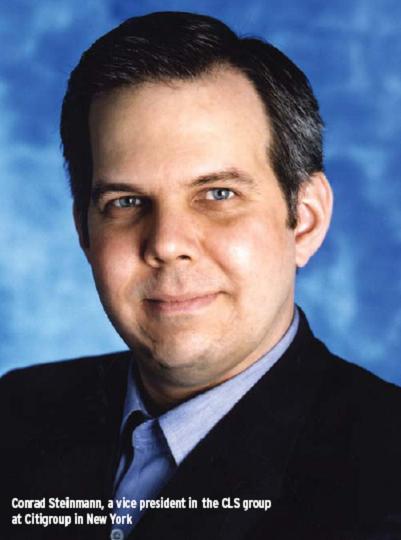 One way to do that is to bring more currencies into CLS.The system started with seven currencies— the US, Canadian and Australian dollars, sterling, the euro, the yen and the Swiss franc. The three Nordic currencies outside the euro and the Singapore dollar are the next that are due to be included, subject to regulatory approval, in July. Another four, including the Hong Kong and New Zealand dollars, are then set to join in 2004, bringing the total to 15.

“We expect to have around 20 currencies in CLS,” says Rob Close.

But the biggest boost to volumes in CLS will come from the third party participants. The size of third party activity is estimated to be as much as 150,000 instructions a day and Tower Group predicts that 75,000 of those could be settling through CLS by 2005.

All that is going to mean big business for settlement banks that sign up third parties to route their instructions into CLS. SIBOS, the annual gathering of the settlement industry, has been crowded in recent years by banks touting their CLS third party offerings and, with CLS now live—the project itself is well over budget and more than two years late— sales are becoming a reality.

“We’re seeing anything up to half a dozen third parties joining CLS every week,” says Conrad Steinmann, a vice president in the CLS group at Citigroup in New York. “At Citigroup we have six live customers for a total of 29 mandates from third parties.”

One of the important considerations in selecting a settlement bank in CLS will be the assistance that the bank can provide to third parties that need to re-engineer their back offices to cope with the change. Bankers say that, depending on the complexity of that task, a reasonable timeframe for going live as a third party is between 10 and 12 weeks from the signing of a letter of intent.

Sue Hutchison, an FX product manager at Bank of America in Vancouver, estimates that there could be as many as 2,000 potential third party banks—the second, third and fourth tier institutions waiting to become part of CLS but which do not want to join as settlement or user members. Of these, around 500 are major players.

Companies are also candidates for third party status, say settlement members. That marks CLS out from SWIFT, the international payments system that has only recently begun to accept corporate participation. “CLS will be a much more welcoming community,” says Hutchison, “because there is no risk of disintermediation for the banks when they sign up corporates as third parties.”

Banks make fees from wiring money between different parts of a multinational and so have been reluctant to tout competing networks such as SWIFT.

The corporations most likely to consider using CLS are the big organizations that operate in-house treasury departments. Some execute more than 1,000 trades a month, turning over as much forex as many banks. 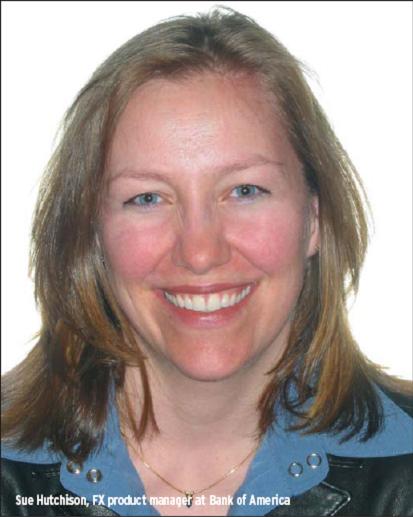 Bankers say oil, pharmaceutical, consumer goods and technology companies will sign up for CLS services. The advantages of joining CLS as third parties extend even to companies doing 200 trades a month, say bankers, particularly in today’s riskaverse environment. “With demands for corporate governance on the increase, CEOs and audit committees are likely to look much more closely at anything that can reduce risk,” says Hutchison.

The benefits may go beyond that. Citigroup’s Steinmann argues that CLS can allow corporates to trade FX more quickly, safely and less expensively. Moreover, because CLS nets any payments rather than requiring gross payments,“it can reduce liquidity pressure on corporates and reduce overdrafts, which is very much a live issue for corporates.”

Some company finance officers will take more c o n v i n c i n g . Tom Buschman, development manager at Shell Finance Services in London is one of the leading figures in corporate cash management discussions. He questions a number of aspects of the workings of CLS and the banks’ associated offerings.

His concerns include the difficulties in conducting same day value transactions within the CLS window, the restricted range of currencies (Shell operates in 135 countries), and the fact that prefunding of accounts for settlement via CLS means exchanging exposure to counterparty banks for exposure to c a s h m a n a ge m e n t banks.

Buschmann also worries about the concentration of risk involved in CLS.“Does the market want one system—that’s not flawless—to be settling all the international trades? I hope the answer is no.”

Instead of putting all the eggs in the CLS basket, Buschman argues existing players could develop complementary services. The payment-versus-payment infrastructure and risk mitigation structures offered by rival clearing houses Euroclear and Clearstream, are obvious candidates, he says.

But it’s not just companies that CLS advocates are targeting. Steinmann, for one, expects to see more custodians using CLS for the settlements of their FX trades.“Fund managers are going through an education process this year,” adds Steinmann. “We may see some early adopters this year before a big wave of fund managers comes on board next year.”

The CLS system cost $300 million to set up, and that’s a powerful incentive for shareholders to attract more users to the underlying settlement infrastructure.

That could mean money markets, equities or bonds settling through CLS in the future. But for now, says CLS’s Rob Close,“we’re aiming to make it totally resilient and commercially viable—and that means getting all FX into the system.”