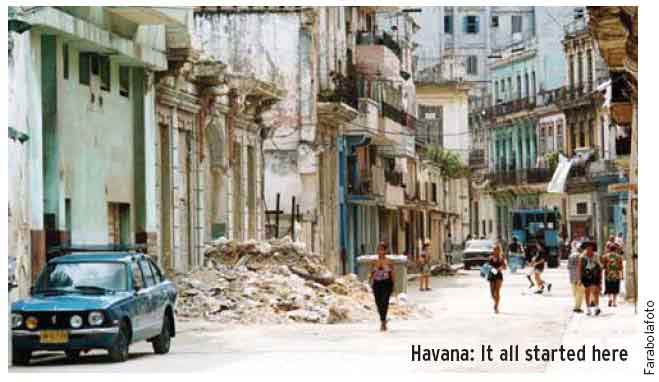 In China, the families of executed criminals are often invoiced for the fatal bullet.Asking Iraqis to pay debts which Saddam Hussein and the Ba’ath regime accrued in stifling democracy and waging costly wars against Iran and Kuwait is every bit as unfair, argue two Harvard academics.
“Debt incurred by a dictator for personal and nefarious purposes should be considered illegitimate,” say economists Michael Kremer and Seema Jayachandran in a Brookings Institution policy brief issued in July 2002 but suddenly given added relevance by the deposing of Saddam Hussein.
In fact, this is an old debate given new life.
‘Odious debt’was a term first coined by Paris law professor Alexander Nahum Sack after the settlement of the Spanish-American war in 1898.When America took Cuba from the Spaniards, they declared that debts run up during Spanish colonization were attached to the regime and not the territory.
The Cubans had had no say in the borrowing, and the loans had been used to harm the territory’s people. The new government had nothing to pay therefore, and started over with a clean slate.
Kremer and Jayachandran update that concept by arguing for an independent body that would judge whether a government is legitimate and thereby rule on whether banks that lent to them should get their money back.With America so involved in nationbuilding in Iraq and much of the country’s $383 billion debt owed to European governments and banks, the concept of odious debt is attracting some new fans inside the Beltway.
But banks hate anything that allows creditors to get away without paying— newly democratic South Africa assumed the debts of the apartheid regime to appease international bankers—and Wall Street is unlikely to play ball.