Internet-based telecom technology has come of age and is now providing businesses with quantifiable benefits.

It’s tax season and the accountants and partners at J.H. Cohn, the 13th biggest accounting and consulting firm in the United States, are jetting across the country to meet with clients. While on the road between meetings, they use a technology application, called unified communications center speech access, to check and respond to voice and email messages, set up conference calls, look up phone contacts and make calls, all by speaking into a phone. This frees up time to generate up to $6 million in additional billable hours for J.H. Cohn’s top line, says Brad White, director of administration at the Roseland, New Jerseybased firm.

These and other so-called Internet telephony applications are starting to change the way business is done and to help the technology hit the mainstream. Internet telephony—also called Voiceover- Internet-Protocol (VoIP), or Internet Protocol (IP) Telephony—is starting to take off as businesses resume technology spending and vendors roll out products and services that provide quantifiable business benefits.

“An increase in mobile workers, a desire to deliver productivity-enhancing tools that can leverage the communications infrastructure, and a mandate to do ‘more with less’ has made IP telephony necessary for businesses to remain competitive,” Zeus Kerravala, vice president with the Boston-based research firm The Yankee Group, said in a 2003 report.

Internet telephony is still in the early stages of adoption. Avaya, a Basking Ridge, New Jersey-based provider of IP telephony solutions as well as standard phone system gear, estimates that only about 2% to 3% of the more than 400 million telephone ports in use by businesses today are IP-enabled. That figures to change quickly. Synergy Research Group, a Scottsdale, Arizona-based technology research outfit, forecasts sales of VoIP software and hardware will rise 70% this year, to $2.9 billion. 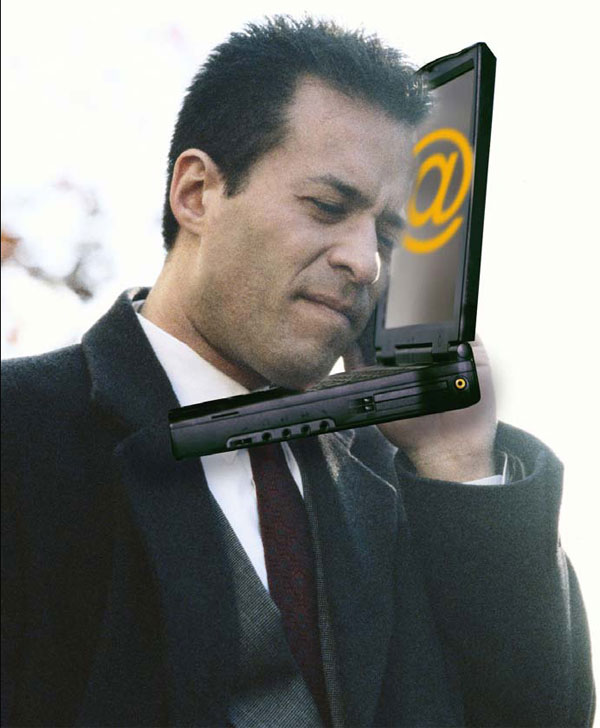 Costs Down, Efficiency Up

IP telephony routes voice calls over data networks by breaking speech into data packets that are transmitted over the Internet. The implication in the corporate world is that a firm’s headquarters data network can carry calls from one office to another without setting up the costly telephone infrastructure separately in each office.This reduces circuit costs, long distance costs, and expenses for telecommunications management and equipment. Those savings in telecom infrastructure can range between 5% and 20%, say vendors. But the big benefits, adding up into the millions of dollars, are found in how VoIP connects a company’s workers like never before and makes them more effective, efficient and responsive to customers no matter where they are located. “The real driver is creating new ways of working together,” says Lawrence Byrd, convergence strategist at Avaya, which had number one market share, with more than 26% of enterprise IP telephony ports shipped worldwide in the fourth quarter, according to Synergy Research Group. “You can make more effective use of the people you’ve got in every location,” Byrd adds.

Avaya calls this “location transparency.” Take the case of one Avaya customer, a large insurance company with more than 300 small offices (fewer than 10 agents at each location) across the United States. The company estimates that unanswered phone calls to its branch offices— unanswered because agents were out meeting with clients—cost it tens of millions of dollars annually. Avaya installed IP telephony applications that automatically redirect unanswered branch calls to central customer service centers to provide information and resolve easily solvable problems.

Each agent also received all of the advanced telecommunications tools of the headquarters office, plus some more-advanced applications. The agents can receive calls, voice mails and emails from the office on their laptop PC,PDA or wireless phone while visiting clients, traveling or working from home.The technology will even display the last email correspondence of a caller as the phone rings.

“[Internet telephony] is well adapted to a mobile workforce,” says Steve Koppman, principal analyst with Gartner, the giant global IT research and consulting firm, in its Oakland, California, office.

Avaya’s Byrd says Internet telephony applications like the one deployed by the large insurance firm has made the recent trend of financial institutions reopening or adding more branch locations possible. Many financial institutions are also looking at or adopting IP telephony to centralize call processing across far-flung call center facilities.VoIP applications can be used to more easily and efficiently route calls to call centers or even specific customer service representatives around the globe that are available or have specific skills (e.g., speak a certain language) that could be useful for a particular call. Such technology is also enabling the outsourcing of call centers to lower-cost locations around the world.

Out with the Old, In with the New

The IP telephony revolution has been in the works for years—after all, Cisco Systems has been making VoIP equipment since 1998—but is only now gathering real steam. As the technology matured and became ready for primetime, the downturn in the technology market hit hard. Many businesses became reluctant to spend on any new technologies, especially the phone system infrastructure many firms had poured millions of dollars into building.

That fact is still an obstacle to widespread adoption of VoIP. It’s hard to convince companies with phone systems that are in perfect working condition to rip them out and replace them with IP-enabled systems.“None of us [vendors] have proved an ROI [return on investment] for a wholesale swap out of equipment that wasn’t ready to be changed anyway,” says Vandermate. For new offices, IP telephony systems are a “no-brainer,” she adds.

Reliability is no longer the barrier to adoption that it used be.Vandermate recalls how early VoIP calls used to have long delays. Users had to say “over” so that the person on the other end of the call knew they were done speaking, she says. Now some of the state-of-the-art phones have better audio quality than many digital phones.

There are still concerns over security, though. “Security is still a very big issue. Enterprise customers are very concerned about it,” says Vandermate. Specifically, companies are worried hackers will be able tap into their network and listen in on sensitive conversations—a $1 billion bond or currency trade, for example—or access stored voice mails.“It’s slowing deployment because it’s an unknown thing—‘Oh my gosh, what happens if someone hacks into my system?’” she says.Vendors are addressing these concerns with encryption and by deploying redundant servers, gateways and routers.

Despite these challenges, the momentum of business VoIP is not likely to be stopped, especially as bigger telecom carriers such as AT&T; sweep into the business and expand service offerings.

“This is the year more of the large carriers are getting into a wider variety of services,” says Gartner’s Koppman.