Guillermo Prieto Treviño, president of the Mexican Stock Exchange, picked a good time to come to New York to promote investment in Mexico, with the bolsa hitting record highs. He says the rising market reflects a “stability premium” as a result of the country’s well-managed public finances, low interest rates and low inflation. 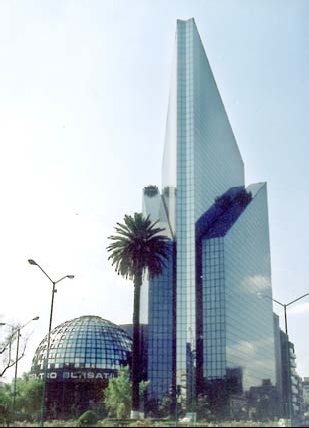 Mexican companies have been rescheduling debt and reducing costs to compete with China, Prieto Treviño told Global Finance following a presentation at a Mexico Roundtable at Citigroup in New York in April. It will be more difficult to meet the challenge, however, unless the Mexican Congress passes structural reforms, he says. The electricity sector, in particular, needs private investment, or shortages will develop, he warns. The Mexican stock market rose 43% in peso terms in 2003, although the Mexican economy grew only 1.2%. Prieto Treviño says the stock market is signaling stronger growth this year, with gross domestic product likely to expand by 3.5%. Mexico’s economy is highly correlated with that of the US, where it sends 90% of its exports. “We are keeping a close watch on the US economy and interest rates, as well as the US presidential election,” Prieto Treviño says.

Meanwhile, the Mexican bolsa has just begun trading options in a joint venture with MEFF, the Spanish futures and options market. Volume likely will remain low, however, until regulations are changed to allow Mexican institutional investors to invest in options, which Prie t o Tr e v i ñ o expects to happen soon. He also notes that Mexico is the only major country that does not allow pension funds to invest in stocks, and he is hopeful this restriction will be lifted this year as well.