May 01, 2006
Author: Paula L. Green
Some of the world’s poorest countries are about to begin seeing the effects of the $50 billion debt relief package agreed to at last year’s G8 meeting, but many still question if the aid will really make a positive difference. 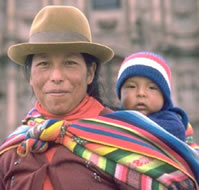 Seventeen of the world’s poorest countries will receive a large dose of financial relief this summer as the World Bank’s concessional lending arm seals its portion of a $50 billion debt relief package that emerged from the Gleneagles G8 Summit. The board of the bank’s International Development Association (IDA) gave its final approval this spring to the landmark Multilateral Debt Relief Initiative that leaders of the Group of Eight nations backed at their summit in Scotland last summer.

The deal applies to a total of 38 countries—including 32 spread through the sub-Saharan continent, four in Latin America and two in Asia—but only 17 will become eligible immediately, says Sona Varma, senior economist in the debt and economic policy department at the Washington, DC-based financial institution. Before receiving a cancellation of their debt, the other nations must meet specific macroeconomic reforms and poverty reduction measures outlined in the decades-old global debt relief program, known as HIPC, or the Heavily Indebted Poor Countries initiative.

That initiative was created by the World Bank and the IMF in 1996 to set up a framework for all creditors to funnel relief to the world’s poorest nations after several rounds of debt restructuring failed to deliver the needed recovery. Much of the debt burden in these countries goes back several decades after low commodity prices and high interest rates combined with oil price shocks and subsequent recessions to hit the borrowing countries especially hard.

“This is a cleaning of the slate … it gives these countries a fresh start,” says Varma, adding that one of the primary objectives of the debt relief package is to provide the 38 nations with more room to meet the objectives of the Millennium Development Goals. Known collectively as the MDGs, the eight goals were established by the United Nations and members of the international community in 2000 to help eradicate poverty and hunger and, by 2015, to raise the standard of living for billions of poor people around the globe.
A Poisoned Chalice?

Analysts believe some of the countries with the best financial outlooks as a result of the debt relief package include Benin, Ghana and Senegal in sub-Saharan Africa and Bolivia in Latin America. Yet perhaps the largest question looming in international financial circles is whether these nations should even turn to any financial mechanisms that can lead them into more borrowing and, consequently, more debt. “The question mark is whether [more borrowing] is a desirable policy to pursue,” says Farouk Soussa, director of sovereign ratings in the London office of Standard & Poor’s. “Will they dig themselves into another hole?”

Soussa says that the countries will be under political pressure to avoid additional borrowing, which also could be detrimental to any current or future credit ratings. But as Varma notes, “the borrowing space has opened up.” While not advocating additional debt, Varma adds that some of the countries “could be quite attractive” to international lenders.

Soussa agrees. “If some of these nations place their financial houses in order over the next several years and make some of the necessary structural changes in their legal and investment systems, they could find plenty of receptive investors in the international capital markets,” he says. “I see a huge interest, with hot money going to Africa,” he adds. “There would be a strong appetite to hold international paper issued by African governments.” It is unlikely that traditional institutional investors, such as insurance companies and pension funds, would turn to the debt of these low-income nations, however.

Sylayman S. Nyang, a professor at Howard University in Washington, DC, says debt relief offers a new “lease on life” for many of these poor nations and greater room to develop relationships with foreign banks by clearing the books of debt. That can, in turn, ultimately help the industrial nations by slowly pulling the African nations into global financial and trading circles. “The developed countries can’t have a dancing partner that is anemic,” says Nyang, a native Gambian who is a professor in the university’s Department of African Studies. “They need an energetic dancing partner.”

But he is quick to add that each nation has to make the necessary reforms, such as greater government accountability and the privatization of land so people possess collateral to secure loans for businesses, for the long-term stability of its economy. “Debt relief is like offering a hand to a man drowning in financial waters. But the man has to then learn how to swim,” adds Nyang.

Calestous Juma, a native Kenyan and professor at Harvard University’s John F. Kennedy School of Government in Cambridge, Massachusetts, doesn’t view debt relief as the best route to help these financially strapped nations find their place in the global economy. “They don’t call it ‘relief’ for nothing,” says Juma, adding that he doesn’t believe debt relief programs provide links into the global economy. “If you just forgive the debt, it disconnects these countries from the global economy because they seem to be incapable of repaying their debt.”

Instead, Juma, a professor of the practice of international development, advocates programs that help poor countries develop valued-added products from the commodities that are subject to drastic pricing cycles. Instead of issuing loans to Ghana, for example, multilateral lenders could buy equipment and machinery to develop the West African nation’s ability to export value-added cocoa products from its cocoa. And rather than sinking money that is no longer paying off multilateral debts into social services, countries should be setting up venture capital funds that can create new business and enterprises. “We have to think more creatively about solutions to the challenges and help these countries increase their capacity to earn foreign exchange,” Juma adds.