A surge of growth late last year has accelerated in 2010, and there are reasons to believe the rebound can be sustained. 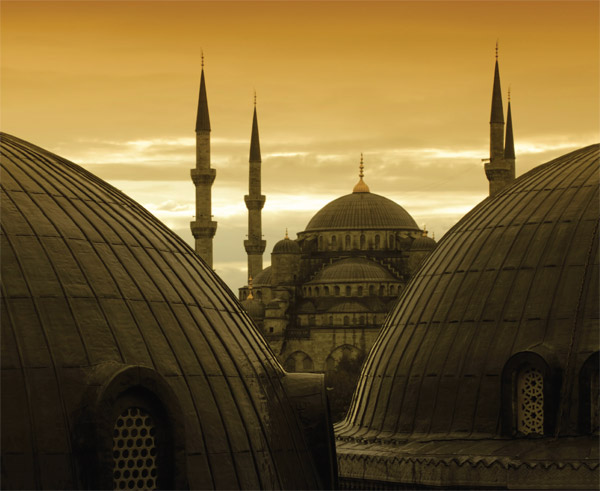 Turkey is on a winning streak. In March this year it sold $1 billion of 11-year dollar-denominated bonds at the lowest yield on record, after the government decided it did not need help from the International Monetary Fund. The country's economic growth rate will far exceed that of the European Union for the foreseeable future, and its favorable demographics and structural reforms have made it one of the more attractive destinations for foreign capital among emerging markets. Turkey can stand alone, bankers and economists say, but it also is becoming more integrated into the global economy.

"The Turkish economy and its banking sector have remained resilient during the economic downturn, having weathered global volatility in the markets relatively well when compared to other developed markets," says Ziya Akkurt, CEO of Akbank. "Hence, the outlook for Turkey looks positive, with the economy expected to continue growing going forward."

The banking sector will be the driver of Turkey's growth, and Akbank has set targets well above those of the industry, Akkurt says. "Our bank has formalized its assertive targets, with plans to open 50 new branches as well as making a 350 million Turkish lira [$235 million] investment during the year, differentiating the bank from its competition and carrying customer satisfaction higher," he says.

Many sectors of Turkey's economy offer high growth potential, due to the unsaturated nature of the market and the youthfulness of the population, both of which offer significant scope for expanding the domestic market, according to Akkurt. Energy, wholesale and retail trade, food, base metals, construction, chemicals and logistics are among the sectors that could realize the fastest growth, he says. Healthcare and food maintained strong growth rates during the crisis.

Energy has been the top performer in attracting foreign direct investment (FDI) in recent years and should continue to lead, as demand for energy has been rising rapidly, Akkurt says. Government estimates indicate an increase in annual growth in demand of about 4% on average until 2020. "Total investment in the sector may reach $120 billion during that period, indicating that a substantial contribution from the private sector will be needed," Akkurt says. "The recent Nabucco gas deal has underlined the importance of Turkey as an energy corridor, connecting the commodity-rich economies of the East to the advanced economies in Europe," he says.

The construction sector was a major contributor to growth in previous years, and although it is a very cyclical sector, it has significant growth potential as Turkey expands, the Akbank CEO says. Many Turkish companies, especially large construction companies, have been operating in central Asia, Russia and the Middle East for decades. "In the near future, we will see more investment opportunities arising in the construction sector as the neighboring regions, especially those in the Middle East, continue their restructuring process," Akkurt says.

Learning from Prior Crises

Turkey experienced a severe banking crisis in 2001, which led to a significant reconstruction of the sector. The total cost of the crisis is estimated at more than $40 billion, or about 30% of GDP at the time. There was a serious consolidation, and the number of banks was reduced from around 80 to about 50. "We learned a lot from our homemade crisis of 2001," Akkurt says. "Our experience helped us to establish a firm regulatory framework in the sector, which enabled us to weather the current crisis more easily. Looking forward, our experience can be a guide for many countries that will have to go through a reformation phase," he says.

After decades of negligible interest, FDI inflows peaked in 2007 at $20 billion. "Initially, FDI was mainly directed toward the financial sector," Akkurt says. "However, since 2008, the share of FDI in the manufacturing sector has been continually on the rise." A major share of FDI inflows originated from Europe, accounting for $50 billion over the past five years, he says. Following Europe, the Arab Gulf countries were also a major FDI contributor. "An increased investment in the developing world from China and from exporters in the Gulf will be likely in the post-crisis world," Akkurt says. "Turkey will be a manufacturing industry base for Europe and the MENA [Middle East and North Africa] region."

The EU remains Turkey's main export market, but Turkish exporters are increasingly taking advantage of new markets opening up in the MENA region. "This shift in trade flows was well under way before the global economic crisis started, although it accelerated in 2008 and 2009," says Omer Aras, vice chairman and group CEO of Finansbank. The 27 member states of the EU took 56% of Turkey's exports in 2007. That share fell to 46% last year, he points out. Meanwhile, the MENA region increased its share of Turkey's exports to 26.1% in 2009 from 17.8% in 2007.

As the effects of the global financial crisis recede and growth quickens, Turkey is cranking up its export machine. The country's overall exports rose 22% in the first quarter of this year to $25 billion. The March total of $9.6 billion was up more than 34% from March 2009. Automobiles, apparel, and iron and steel were the leading export sectors.

Whether or not Turkey can continue to attract growing capital inflows will depend largely on the health of the global economy and financial system, says Aras. "In the future, with its huge convergence potential, Turkey will surely be an important destination for capital inflows, be they in the form of FDI or portfolio inflows," he says. "However, as the world financial system is yet to regain its pre-crisis strength, it is not realistic to expect global capital flows to return to pre-crisis levels either."

Turkey's banks posted record profits in 2009 after the central bank cut interest rates by a total of 10.25 percentage points, widening net interest margins. The main overnight borrowing rate has been stuck at 6.5% since November 2009, however, and is unlikely to go any lower. Indeed, following an unexpectedly strong rise in gross domestic product of 6% at an annual rate in the fourth quarter of 2009, economists are looking for Turkish interest rates to begin rising later this year.

The wider net interest margin cushioned the impact of rising levels of non-performing loans (NPLs) last year and boosted the profitability of Turkish banks even in the absence of significant loan growth, according to Aras. "The prospect of stable-to-higher interest rates this year clearly implies that banks will not be enjoying the same profitability impact as last year," he says. "However, in contrast to 2009, the loan book is growing, and NPL collection is surprising on the upside, and both of these factors will support net interest income. In view of these supportive factors, earnings will continue to grow in 2010, although the pace of growth will be slower than in 2009," Aras says.

Finansbank is majority owned by the National Bank of Greece (NBG), which purchased a 45% stake in 2009 and raised its holding to more than 77% in 2009. NBG, the oldest and largest bank in Greece, has been expanding in southeast Europe to take advantage of its prospects for fast growth at a time when Greece's economy is struggling. Finansbank has plans to open 75 new branches this year.

"Considering the worsening in fiscal performance of the [developed] European countries, the relative attractiveness of lending to emerging European countries with stronger fiscal positions has increased," says Tolga Egemen, executive vice president of GarantiBank. The deterioration in Turkey's fiscal position in 2009 was moderate compared to other countries in the region, he says. "Accordingly, Turkey is expected to attract the attention of foreign investors," he notes. "Moreover, considering the low base of FDI in Turkey compared to other emerging markets, we think there is still room for capital inflows." The FDI stock in Turkey was 12.7% of GDP in 2008, versus 28.4% for all emerging economies, according to the Institute of International Finance (IIF), based in Washington, DC.

Banks Have Room to Grow
The IIF expects net private capital flows to emerging market economies to rise to $722 billion in 2010 from $435 billion last year and to increase further in 2011. The global economic outlook is the most propitious ever for flows to emerging economies, it says. For the foreseeable future, many emerging market assets would seem to offer the prospect of both higher return and less risk, it adds.

The Turkish banking sector is still an underpenetrated sector, offering a lot of growth opportunity, Egemen says. As of the third quarter of 2009, Turkish banking assets were about 80% of GDP, compared to 350% in the European Union. Loans by Turkish banks were only 27% of GDP compared to 196% in the EU. "These figures indicate that there is still room for growth for Garanti, and we will do so by expanding our network to 875 branches by the end of 2010 and increasing our geographical coverage," Egemen says.

Garanti manages its business mix in a diversified manner, paying particular attention to not having any sector or segment concentrations. "We expect the retail and SME [small and medium-size enterprise] segments to be the growth areas, due to the underbanked nature of the economy," Egemen says. "In addition, with more stability in the global economy attained, we expect FDI and project finance transactions to increase, and that should bring more activity to the commercial and corporate sectors."

Turkey's leading companies have a proven track record, and more and more of them will seek to access international capital markets in the years ahead. Meanwhile, Turkey's domestic capital markets are becoming more liquid and efficient. The Turkish banking system is strong, and no financial institution required aid from the government throughout the global financial crisis.

Kuwait Finance House entered Turkey's insurance sector last year and is making it the hub for planned insurance operations in central Asia. The tourism industry is another fast-growing sector, with a new focus on eco-tourism, including walking tours of Istanbul. Technopark Istanbul, a research and development center for technology development in the defense, space, aviation and nanotech industries, will open next year.