BACK FROM THE BRINK

Emerging European economies are starting to recover from a steep and painful slowdown. 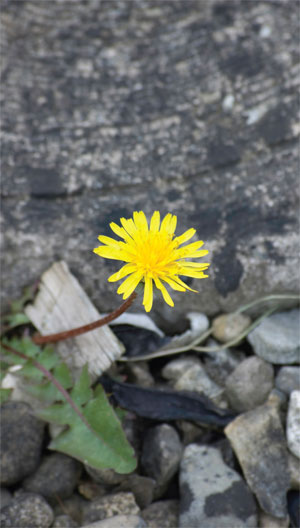 For those of an anxious disposition, emerging Europe last year was an uncomfortable place, with the risk of panic never far away. Early hopes that the region might dodge the global downturn soon gave way to recognition that its close integration with the global economy, along with its dependence on exports to a depressed EU and on large inflows of foreign capital, had actually made it more exposed.

In October 2009, for example, the IMF revised earlier forecasts suggesting positive growth for most countries. The new figures were horrific: Instead of growing 4.8%, Romania's economy would instead contract 8.5%, while Bulgaria's hopes of GDP growth of 4.2% were dashed and replaced by fears of a 6.5% decline.

Southeast Europe was by no means the worst area. Latvia and Ukraine seemed locked in a grim contest in the doom-and-gloom stakes, as forecasters suggested declines of up to 20% (the final outcomes were, respectively, 18% and 15%), exacerbated in Kiev by a political paralysis that led the IMF to suspend disbursements from its $16.4 billion program at the end of 2009.

Looking back, however, it would seem that emerging Europe—for all the very real reversals its economies and people are still grappling with—averted the worst. Sure, GDP contracted by 6%—more in some countries—but analysts stress it is important to keep things in perspective. "Even those countries worst affected by the crisis, like Latvia, are still materially much better off than they were in 2006, before the downturn started," says Charles Robertson, head of emerging market research at ING Barings in London.

Moreover, although the man in the street may not feel it—particularly with many holding foreign debt rendered more expensive by local currency depreciation and unemployment still rising in most countries—the end of the downturn is nigh. The European Bank for Reconstruction and Development (EBRD) recently raised its forecast for emerging Europe this year, suggesting GDP would expand 3.3%, rising to 3.8% in 2011. Within the region, EBRD president Thomas Mirow suggests central-east Europe will see "fragile and modest" growth due mainly to the Baltic states and Hungary, while a gradually recovering southeastern Europe has "the potential for faster growth."

Russia and the Commonwealth of Independent States (CIS) are expected to recover fastest of all, with their economic growth fueled by rising oil and commodity prices. ING Barings anticipates Russian GDP growing 4.1% after a 9% contraction in 2009, while even Ukraine is expected to see growth of 2.5% on the back of its heavily devalued currency, recovering steel prices and widespread hopes that the new government will move to normalize relations with the IMF.

Another positive is that for now at least the region does not seem to carry much risk of contagion from the Greek crisis. "Emerging Europe's problems are not predominately fiscal, and those countries that were perceived as problematic in this regard, like Hungary and Latvia, have been moving fast to improve things," argues Neil Shearing of London-based consultancy Capital Economics.

Much of the reason for this guarded new confidence reflects what did not go wrong, despite the near panic that prevailed a year ago. Governments and central banks deserve much of the credit for this after following broadly sensible and realistic policies that helped sustain investor and market confidence. Proactive moves by the likes of the IMF, EU and EBRD also played a key role.

Thus, despite wobbles—such as those within Ukraine's local currency debt market last year—there were no sovereign defaults. Indeed, in March 2009 Fitch Ratings revised its outlook on Ukrainian sovereign debt to stable from negative, suggesting a rosier outlook for one of the countries most affected by the downturn.

Despite massive pressure, none of the countries with currency boards and fixed euro exchange rates—Bulgaria, Latvia and Lithuania—were forced into devaluation. And putting aside Latvia's Parex Banka (which had to be rescued) and various problems in the CIS, notably Kazakhstan and Ukraine, none of the region's largely foreign-owned banks failed.

This can be largely attributed to such moves as the Vienna Initiative, organized last year by international financial institutions, which encouraged West European parent banks to remain involved in the region and recapitalize their local subsidiaries as and when necessary. Backed by the €24.5 billion joint action plan sponsored by the IMF, EBRD and the European Investment Bank (EIB), which sought to enhance bank sector stability and support bank lending to the real economy, the Vienna Initiative played a key role in calming the febrile environment that developed in the wake of the 2008-2009 global financial crisis.

"Although not legally binding, this initiative may be the single most important reason for absence of either a currency collapse or the failure of a major bank," says Peter Sanfey, lead economist at the EBRD.

Another reason, though, was the relative stoicism of the people, who seemed to accept the need for often severe austerity measures, despite their impact on already constrained living standards. Cynics might argue that the many years of belt-tightening that accompanied the early years of transition inured people to tough times. Certainly this acceptance contrasts with the blind fury of Greeks and others in the eurozone who have responded with strikes and sometimes violent demonstrations.

So with the crisis largely passed, what does the immediate future hold? In the short term, sadly, more pain as the region gradually comes to terms with a very different post-crisis environment. The downturn may be over, but its effects are not. Almost everywhere will see an increase in non-performing loans, corporate defaults and bankruptcies, which will further test already risk-averse banks. As the EBRD's Mirow warns, "Recovery will be hampered by slow credit growth due to continuing weaknesses in bank balance sheets."

This will inevitably lead to higher unemployment, with all its accompanying negative social and political implications. These could include growing support for far-right parties such as Jobbik in Hungary, which was expected to do well in April's parliamentary elections, and the Slovak National Party, which may do likewise in Slovakia in June.

Some pessimistic observers have pointed to fears that the Greek crisis could somehow affect its banks, which have a significant presence in southeastern Europe, prompting them to reduce their presence in the region. Others reject this, pointing out that Alpha Bank and others worked hard to establish a leading market presence in such countries as Bulgaria and Romania and still see them as a source of growth, despite experiencing major falls in net profits last year.

However, growth is likely to be hampered by continuing tough action by governments to constrain fiscal deficits. Although by EU standards the region has relatively low indebtedness—the average is around 40%-50% of GDP—governments are desperate to be seen as paragons of fiscal probity, especially those angling to join the eurozone. This will help keep domestic demand weak at the same time as export demand continues to be hampered by the slow recovery in the EU, which remains by far the most important market for the region.

Investment Plunges
Foreign direct investment (FDI) will hardly play the role that it did in the pre-crisis era. Last year it fell by more than half the 2008 level to $77 billion. Some countries felt the pinch even more, proportionately: The Baltic states saw capital inflows plunge by over 70% while Russia also experienced a dramatic slowdown thanks to continued perceptions of widespread corruption, onerous bureaucracy and an overvalued currency caused by high oil prices.

A study released by PricewaterhouseCoopers in early 2010 suggested FDI would eventually reach 2008 levels, but not until 2013. To encourage inflows, many countries are expected to kick start privatization—most notably Poland and Croatia, which among other things plans to sell its ports into the private sector, once satisfactory buyers have been found. Russia also has ambitious sell-off plans, with stakes worth some $2.4 billion expected to be offered over the course of this year. Over the longer term, large, strategic businesses such as Russian Railways and shipping company Sovcomflot may launch IPOs to finance ambitious expansion schemes.

The possibility remains that the modestly upbeat growth projections of the IMF and EBRD will not be realized, which would have highly adverse consequences. "Another year of zero growth could accelerate bankruptcies to the point of crisis. This remains a dangerous time for emerging Europe, with the feeling that we are in something of a hiatus," says Bob McKee, global strategist with Independent Strategy, a London-based consultancy.

However, there are encouraging signs. In late March Hungary and Romania cut interest rates—to 5.5% and 6.5%, respectively—in response to improving market sentiment about their economies, which has led to an easing of pressure on the forint and leu. Generally improved sentiment within the eurozone in the wake of the Greek bailout is also good news, given this region's strong trade and investment connections to central and eastern Europe. And further ahead, market sentiment will be buoyed by such expected events as Estonia's joining the eurozone next year and Croatia finally being admitted to the EU in 2012.

For emerging Europe as whole, though, growth will be patchy, with southeastern Europe, which lagged central-east Europe heading into recession, likely lagging the rest of the region and the CIS heading out of recession, too.

"Recovery across the region will take a few years to play out, and when it settles down, [growth] will be around 4%, rather than the 7% to 8% we often saw pre-crisis. Those days, I'm afraid, are gone," says Capital Economics' Shearing.