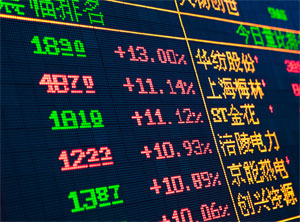 According to a statement from the China Securities Regulatory Commission, 158 companies from 23 countries have QFII approval. The CSRC has also increased the amount of offshore Chinese renminbi that qualified investors can use for domestic stock purchases. China is gradually liberalizing its monetary policies as it seeks a more prominent global role for the renminbi.

The Chinese government restricted blog discussions on popular social media websites Sina and Tencent for three days in March after rumors of a coup spread across the Internet. The rumors followed the removal of controversial politician Bo Xilai from his office as head of the Communist Party of the city of Chongqing. During his time in this position, Bo launched an extensive anti-corruption campaign that made him popular among citizens but also brought criticism of his harsh tactics. Bo presided over a period of rapid growth for Chongqing, implementing reforms to reduce the wealth distribution gap. His removal has fueled speculation, especially in online forums, about a power struggle within the Communist party.

China’s State Council announced in March that the province of Wenzhou would take part in a pilot program to regulate private financial lending activity. Wenzhou has historically derived most of its growth from its thriving private sector. Many of the city’s small private companies turned to unofficial lending sources last year as monetary policy tightened. When export markets cooled last fall, many of these loans went into default and companies collapsed.