In a bid to support economic growth, the Brazilian government in April rolled out new tax cuts worth as much as $5 billion and put through a stimulus package including BRL45 billion ($24.5 billion) to be injected into a development bank offering loans to Brazilian firms. 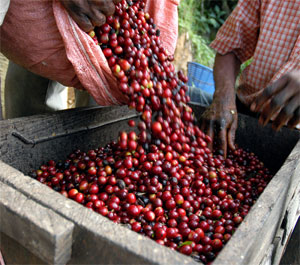 The plan calls for reducing payroll taxes, boosting government purchases from local industries, and improving export-financing options, among other measures. The goal is to support manufacturers still recovering from the 2008 global economic slump—including the textiles, automotive, footwear and plastics sectors. This is the government’s second corporate stimulus plan since a Chinese slowdown and the eurozone debt crisis began to dampen Brazil’s growth outlook last year. The economy slowed to 2.7% in 2011, following a 7.5% expansion in 2010. New cuts are aimed at supporting a 4.5% expansion target for 2012.

US networking giant Cisco will invest $574 million in Brazil over the next four years to expand its business. Cisco’s strategy calls for opening an innovation center in Rio de Janeiro, establishing a venture capital fund for tech firms and digital startups, expanding its local manufacturing begun in 2011, and establishing partnerships with Brazilian companies. The innovation center, slated to open during the second half of 2012, will develop new technology to meet Brazil’s specific needs, with a focus on urban development, sports and entertainment, security, education and healthcare, among other areas. The center will add projects focused on oil, gas and utilities beginning next year.

Mitsubishi, one of Japan’s largest consortiums, acquired a 20% stake in Ipanema Coffees, one of Brazil’s largest coffee producers, for an undisclosed amount. Located in the state of Minas Gerais, the company’s plantations produce 9,200 tons annually and reportedly cover an area equal to New York’s Manhattan Island. Ipanema Coffees produces specialty beans for high-end consumers. Coffee prices have been increasing due to tight supplies and increasing demand, which bodes well for Brazil, the world’s largest coffee producer. Earlier this year, Mitsubishi also acquired a 20% stake in Ceagro, a Brazilian grains producer, focused on soybeans, corn and sorghum, among other products. The Japanese company says Brazil is one of its strategic markets, for which it will continue to explore investment opportunities there.