A number of African markets may be on the verge of massive growth—fueled by a rising consumer class. 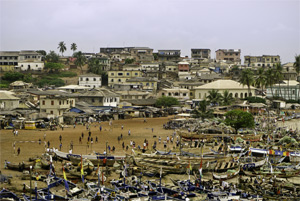 Given the long-standing reputation for political and economic volatility in some African markets, many global investors have long steered clear of parts of the region. However, with economic stability growing and a burgeoning consumer class, Africa’s untapped opportunities are garnering global interest. The continent may be poised to shed its image as the world’s final investment frontier.

According to forecasts from global accounting firm Ernst & Young, foreign direct investment (FDI) into Africa may reach $150 billion by 2015, up from $84 billion in 2010. “While Africa’s challenges are well documented, there is an increasing recognition that the continent is on an upward trajectory, economically, politically and socially,” said Ernst & Young’s 2011 Africa attractiveness survey. Of global business leaders interviewed for the survey, 75% expressed confidence in the region’s prospects over the next three years.

GROWING MIDDLE CLASS
“Today, there are 300 million African middle class consumers on a continent of one billion people,” says Sam Divine Jr, CEO of Cross Atlantic Business Advisors, an Africa-focused consultancy in the US. “The middle class is expected to triple to one billion by 2060, according to the African Development Bank.” Also, since Africa is a very young continent—with 41% of citizens under the age of 15—global consumer companies entering the market could build and maintain long-term followings.

Africans are increasingly demanding goods and services, presenting business opportunities in everything from consumer products and telecommunications services to banking and construction. “Rapid growth of a young, brand-conscious middle class with money to spend is creating all kinds of opportunities; they want quality products at the right price,” says Melissa Cook, managing director at African Sunrise Partners, an investment strategy firm focused on Africa.

“As GDP per capita rises in African countries, consumption of consumer goods per capita will also rise, as it has in the West,” notes Adam King, senior analyst at Signature, a US investment firm for high net worth clients. “This is creating long-term growth opportunities in industries such as supermarkets, convenience stores, cosmetics and food and beverage.” King feels that an added benefit of investing in these growing sectors is that major players are often subsidiaries of Western multinational companies, such as Unilever Nigeria, Guinness Ghana and Nestlé Nigeria. “This helps to mitigate some of the corporate governance risk,” he says.

RISK OF OVERHEATING
Although José Morales, CIO for US and EMEA at Mirae Global Investments, agrees that opportunities abound, he also advocates caution. “We are strong long-term believers in the growth of the consumption theme in emerging markets—what we call the ‘great consumer’ theme—and Africa is no different,” he says. “One needs to be cautious, however, about certain places where consumer growth may be overheating, such as Kenya. Yet, with the region making better use of its commodities, infrastructure spending taking place and urbanization rising, growth is expected to be high and this will support rising discretionary income and a larger middle class.”

"Today, there are 300 million African middle class consumers on a continent of one billion people"

Some analysts warn that even greater pitfalls remain. “Africa is not for the faint of heart, notwithstanding significant improvements in its business environment,” says Olufemi Babarinde, associate professor of global studies at the Thunderbird School of Business Management, whose areas of expertise include doing business in sub-Saharan Africa. “While the ease of doing business in Africa has steadily improved, it is still arduous in many countries to register a business, obtain necessary permits, cross the border, raise working capital, etc.” Babarinde notes other critical challenges include corruption, deficient infrastructure, a technology gap, political risk, weak legal systems and lack of skilled labor.

REAPING BENEFITS FROM REFORM
“The primary concern for many foreign direct investors considering African business opportunities is their perception of weak legal and governmental institutions, and potential corruption issues,” says Genevieve Sangudi, sub-Saharan managing director at the Carlyle Group in London. “While these concerns are legitimate in some instances, many African countries have made tremendous strides over the last decade to build stronger governmental and legal foundations. The countries that have made progress in these areas will be the first to see the benefits that foreign direct investment will bring to the region.”

Marlon Chigwende, another sub-Saharan managing director at the Carlyle Group, believes that improvements in some countries will likely encourage neighbors to follow suit. “As the benefits of foreign investment manifest themselves, additional countries will increase their efforts by mimicking the successful economic and governmental reform actions of other countries in the region,” says Chigwende. “For now, foreign direct investors should be aware of the risks inherent in investing in any emerging markets businesses.”

EQUITY INVESTMENT RISKS
There are also particular challenges for equity players, says Morales at Mirae. “Due to the fact that the equity markets in the frontier African region are generally less developed, market shallowness and poor liquidity are problems for the equity investor,” he says. “One way to gain exposure to the consumer theme in Africa has been through companies in South Africa with rising exposure to the African continent.” Morales contends the strategy offers an indirect and liquid way to gain exposure to the growing consumer theme. South Africa is the continent’s largest economy and has the region’s most-developed capital markets.

There is much that African governments still need to do to improve their business environments in order to attract investment, though market forces may also organically spark interest. “If countries are well managed and management is getting better, foreign investment will flow,” says Jon Chew, managing director at Imara Asset Management (UK), a Botswana-listed investment banking group. “Global liquidity is growing much faster than African markets, so Africa will continue to shrink in relative importance despite the excellent and improving fundamentals. At some point, the low valuations and high yields will attract foreign investors.”

Cook argues that, in order to boost FDI flows, African governments should mainly “get out of the way of business development and let the private sector do its job.” She points to Rwanda’s establishment of a one-stop shop for business start-ups as a positive step. Cook also recommends that governments strengthen the rule of law and encourage local and multinational companies to list on local stock exchanges. Harmonizing securities laws with international standards, reducing bureaucracy and welcoming back their diaspora—who would bring ideas, experience and capital—would be beneficial.

“They [African countries] need to address a number of fundamental issues, such as creating a legal framework that ensures the protection of property rights, thus making investors more comfortable in case of disputes,” says Mohammed Akacem, economics professor at Metropolitan State College in Denver. “They also need to address the decaying infrastructure, such as roads as well as telecommunications. Most importantly, however, (they must) clarify investment guidelines.”

CHINA: BIG SPENDER
But although some Western investors remain cautious, China is making huge investments into markets throughout the continent. “As China’s trade with Africa has ballooned from about $10 billion in 2000 to $110 billion in 2010, its FDI in Africa has grown significantly as well,” says Thunderbird’s Babarinde. “Chinese state-owned enterprises and private enterprises are winning bids across Africa, in part because they are underbidding their Western counterparts/competitors. They also offer loans at concessionary rates and, unlike Western companies, are not as stringent on ancillary issues, such as human rights, environmental degradation and industrial labor relations, which are sources of tension between Chinese entities and Africans.”

According to Akacem, China’s financial assets also put it in a position to potentially crowd out investors from elsewhere. “It [China] is able to act as a quasi World Bank, making soft loans to African countries in order to secure access to much needed oil and other commodities to maintain its high rate of economic growth. It is difficult for European or US companies to compete with China, at least on the same scale. China is willing to take risks where others cannot since they have shareholders to answer to; this is not the case for Chinese state-owned companies.”

Cook argues that, though China has taken the lead, there is still room for other investors to explore opportunities on the continent, though he warns against waiting too long. “China is ahead of the curve, making markets for itself while others sit on the sidelines,” she says. “If foreign companies and investors wait longer to approach Africa, they can’t blame China for moving quickly and establishing strong market share. There is plenty of room for others to enter, but US companies in particular seem to think they can wait until the next decade. We think it’s essential for the global investment and corporate community to figure this out—and soon.”