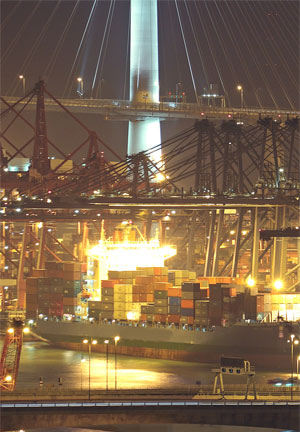 The ancient Silk Road, one of the world’s oldest trade routes, increased the importance of Southern and Eastern markets as traders from around the globe flocked to Persia and the Far East to buy silk, gold, animal and metal products. History appears to be repeating itself, as the balance of trading power shifts to the East and South again. China and India could be the top two world traders by 2050, according to Citi economists. In a paper entitled, Trade Transformed—The Emerging New Corridors of Trade Power , economists Willem Buiter and Ebrahim Rahbari state that emerging Asia will overtake Western Europe as the world’s largest trading region by 2015.

“The growth in south-south trade in the past 12-to-15 years is absolutely remarkable,” observes Sam Sehgal, head of trade finance, EMEA, Citi. As a result, companies in the emerging markets will need a lot more liquidity to manage their cash flows going forward. Supply chain financing looks set to become a key funding tool for these firms. But developing and managing SCF programs in emerging markets presents a unique set of challenges to both SCF providers and the companies that are making use of them.

Trade and supply chain finance flows have typically mirrored the traditional north-south or north-north trade corridors, with large, creditworthy buyers in the West looking to extend early payment to suppliers in, say, China or Southeast Asia. Although Western companies are still the largest consumers of SCF, Oliver Belin, business development executive for SCF platform provider PrimeRevenue, believes there is enormous growth potential in China—with both buyers and suppliers seeking financing. “Chinese companies can see the benefits of SCF as it allows them to obtain financing at a cheaper cost than what they can get from their bank,” he explains.

Thomas Dunn, chairman of SCF provider Orbian, adds that he is seeing more renminbi-denominated programs where both the buyer and the supplier are located in China. Orbian usually finances its purchases of suppliers’ receivables by issuing notes in the market, which are generally bought by foreign banks and investors. When both parties are domestic firms in China, however, Orbian must draw upon local funding sources that are willing to take the credit risk of the Chinese buyer and to accept the underlying payment obligation under Chinese law. 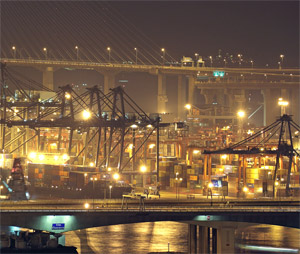 As supply chains migrate into south-south corridors, they create a different set of challenges for financing providers. For example, neither the buyer nor the supplier may be banked by some of the international financial institutions that typically support SCF programs in north-north or north-south corridors. In some countries, a lot of suppliers are not banking with any foreign banks. Sehgal says that to set up an SCF program in such situations, Citi has the buyer identify its most critical suppliers, how much it spends with those suppliers, and how critical they are to the overall supply chain. That is easier to determine—and use to create a targeted SCF program—says Sehgal, than trying to finance all suppliers across all geographies.

Global banks setting up Southern-corridor SCF programs face onerous Know Your Customer (KYC) and anti-money-laundering requirements, notes Tan Kah Chye, global head of trade and working capital at Barclays. “It can take one month to do KYC on a large US bank and another month to do the same on a bank in, say, Botswana,” he explains. “It is an investment of time.” Tan believes these regulations have caused trade financing in emerging markets to take a step backwards in the past two years. Not all banks have the sophisticated supply chain solutions and depth of local knowledge required to service smaller supply chain counterparties in these new corridors. Thus, many banks that were once active participants in trade financing are now reducing their exposures or getting out altogether.

BANK DISINTERMEDIATION
This is increasing the trend towards bank disintermediation: Niche providers are taking up the slack and new investors are getting in on the game.

For example, Orbian Financial Services purchases suppliers’ receivables outright, thus eliminating ongoing supplier risk, says Dunn. PrimeRevenue’s multibank platform provides suppliers with more diversified funding sources, particularly in those markets where banks may be reluctant to buy suppliers’ receivables. “If you take China or other Southeast Asian countries like India, Thailand or Vietnam, only a few banks are comfortable with buying receivables from suppliers in those countries,” says Belin.

Sehgal says Citi approaches the issue from various angles. If it is a multinational corporation the bank is comfortable working with, Citi may take the buyer risk on its own balance sheet by purchasing the receivables. “Sometimes we may also provide financing in a syndicated form by bringing in other banks so the risk is shared,” he explains.

Given increased perception of counterparty risk after the financial crisis of 2007–2008, some companies are looking more closely at how easily they can switch funding providers in an SCF program. The European sovereign debt crisis has had an even more profound effect, with some European banks heavily exposed to sovereign debt scaling back their balance sheet and US dollar financing needs. As Tan explains, trade finance is often the first thing that goes when banks deleverage, as most trade loans are of a short duration (90 days). He says bank deleveraging has made trade liquidity more volatile, which is affecting south-south trade corridors in particular. “The irony is that today some of the emerging markets banks have a lot more liquidity than the global banks,” says Tan. “However, the global banks have the know-how and the technology when it comes to supply chain finance, and they bank the large global buyers.”

As south-south trade increases, SCF providers are beginning to work with emerging markets banks. PrimeRevenue opened a new Hong Kong office in March and wants to work with local Chinese banks for SCF programs. “We are looking for the right local banking partners in Asia to support [those] global clients [that are] expanding their programs in the region,” says Belin.

Tan believes the role of local banks in global trade will only increase over time, but not at the expense of the wallet share of the large global banks. “World trade is still expanding, and global banks are still expanding their trade business,” he asserts. Nonbank financial institutions (private equity, hedge funds, pension funds) will also have an enlarged role to play as south-south trade expands, says Tan. “They are able to deploy their capital in a greater way than the banks because they are not subject to the same level of regulatory capital requirements.” Plus, credit insurers are taking part. “Their involvement has quadrupled in the last couple of years.”

Export Credit Agencies and multilateral development agencies, too, have moved from just providing guarantees on an unfunded basis to also providing liquidity. Citi, for example, has worked with a number of ECAs in emerging markets (Korea, China and the Middle East) and has also helped countries to set them up. “The export agency business is a critical product for us,” says Sehgal. The benefit for the client and Citi in working with an ECA is the risk guarantee, which Citi bolsters with financing, allowing companies to finance for longer terms on projects, capital equipment imports or aviation/shipping purchases.

The World Trade Organization formed a WTO Expert Group on trade—comprising intergovernmental multilateral organizations (the WTO, World Bank, IMF), regional development banks (EBRD, African Development Bank), the Berne Union of Credit and Investment Insurers, and leading private sector banks—to find ways of reducing structural impediments to trade by providing an ECA guarantee system. This risk mitigation device is particularly important in south-south trade corridors, says a WTO senior official. For example, given an African supplier exporting to Asia, if the transaction is not ECA-covered, then local banks may not support it. The official says the program is also providing technical assistance to local banks to help them set up trade finance departments. “We are seeing a number of banks develop intraregional capacity to handle these types of transactions,” says the official.