CEE: Liberal Markets And the Crisis

A REGION IN TRANSITION

Since the fall of the Berlin Wall, former Iron Curtain countries have embarked on a long road toward liberal market economies. 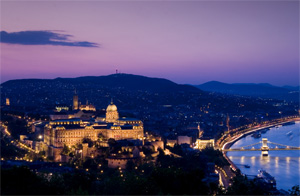 Since the 1990s—during their accession to the European Union in 2004, and up to the present day—former Communist bloc nations have transitioned to open market economies in phases. The 2007–2008 financial crisis and the subsequent European sovereign debt and banking crisis have illuminated country-specific differences in reform on political, social and financial fronts. But some reforms have ironically left countries in the East more susceptible to risks in the economies they were emulating in the West.

BANKING AND EXTERNAL FINANCE
During the 1990s, Western banks acquired a host of existing CEE banks, and also opened new branches in the region. Only local savings banks had existed during the socialist era. In Hungary, for example, 80% of the banking sector is now owned by foreign institutions. As a result, when the 2007–2008 financial crisis erupted, Eastern countries’ exposure to Western financial firms reduced available funding and liquidity.

That contraction led to a credit shortage and recession everywhere in the region except Poland. Kaan Nazli, senior economist, emerging markets, at ING Investment Management, sardonically notes: “We were used to emerging markets causing contagion in developed markets. This time, in reverse, the Western institutions that helped Eastern banks transition to a market economy turned out to be the vulnerability.”

In another sad twist, Hungary suffered more than most by tightening its financial ties to the West. It was more integrated into the EU and Western finance than its neighbors, and was keener to support use of the euro and Swiss franc—for example, by pushing mortgages denominated in Swiss francs. When safe-haven status buoyed the Swiss franc after 2008, those mortgages, representing 16% of Hungarian GDP, became unaffordable. Manfred Schepers, chief financial officer at the European Bank for Reconstruction and Development (EBRD), highlights the risk of an imbalance in domestic and external capital flows. He warns: “Internally generated local savings and capital must operate in harmony to facilitate the financing of growth.”

While all the CEE nations had a high participation of foreign ownership in their banking systems, euro capital flows differed. External finance was lowest in the Czech Republic, more moderate in Poland and highest in Hungary. “The adoption of the euro is the eventual goal, but these countries still need flexibility, and their banking systems must first strengthen themselves around the domestic currencies,” Schepers says.

Foreign exposure has now been tackled in all three countries, says Schepers, “and most ferociously in Hungary, through draconian measures, many of which are counterproductive.” He highlights high bank taxes and legally imposed mortgage redenomination from Swiss francs back into Hungarian forints.

POLITICS AND RECIDIVISM
The 2007-2008 credit crisis and the Western European banking and sovereign crisis have had a profound impact on political power balances and countries’ support for market liberalization. Politically, Hungary has flip-flopped between political parties—quite typical in Hungarian politics over the past 15 years—whereas Poland has remained relatively stable and the Czech Republic has witnessed the least upheaval.

In Hungary a few years of austerity ushered in a government critical of the earlier zeal for reform. “Recession there has led to an interventionist style—including a reversal in pension liberalization and new taxation—which sours the investment climate,” notes Alexander Lehmann, senior regional economist at the EBRD.

The Hungarian government’s stance comes across as payback for the financial crisis: The new taxes mainly affect the banking and telecom sectors, which are dominated by foreign investors. As Hungary has vacillated between dominant parties over the past 15 years, the constant rotation of governments has stymied efforts to enact fundamental change. “Different styles between left and right have reflected short-run motivation at the cost of long-run structural change,” says Peter Montalto, emerging markets economist at Nomura International. The tug of war continues: Although the current Fidesz party won 52% of votes in the 2010 election, recent polls show at least 30% of voters are disappointed by its antidemocratic measures.

Poland, by contrast, can expect a relatively long period of political stability under its center-right Civic Platform party, elected in 2011 to a second term. “Such continuity and lack of personal infighting is unique in the region,” comments Agata Dabrowska, senior analyst for emerging markets at Medley Global Advisors.

In the Czech Republic’s last election in 2010, center-right parties used the West’s woes as part of their campaign platforms—endorsing fiscal restraint and public debt reduction. Nazli points out that, unlike typical campaigners who make generous promises, they prevailed with the slogan: “We won’t become Greece!”

SOCIAL CONTRACTS
Social expectations with respect to welfare systems, pensions, judicial and media practices are deeply ingrained in every national psyche. Even here the reform pattern holds true: Poland and the Czech Republic have taken huge steps, but Hungary clings to the past as the population there tries to adjust to a less-generous welfare system. Hungary’s government is reducing pharmaceutical subsidies, but it is struggling to tackle the unrestricted disability pension system. Poland, for its part, is dismantling incentives for early retirement among civil servants, uniformed personnel and state employees. “The issue, delayed for years, is back on the agenda, with the newly reelected coalition empowered to address fiscal sustainability,” says Lehmann.

Changes in the Hungarian judicial system have raised concerns internationally, expressed through the Venice Commission, which advises the Council of Europe—an international organization founded in 1947 that promotes cooperation and coordination between European countries on human rights and the rule of law, among other things. The retirement age for judges and prosecutors has been lowered from 70 to 62, which effectively edges out an entire legal generation, now to be replaced by government nominees. The government has also created a National Judicial Office, with one individual responsible for all judicial nominations and case allocations. Plus, new Hungarian media laws may “infringe on freedom of expression and media plurality. The new Media Council, nominated by the government for nine years, controls content and distribution with far-reaching supervision,” says Dabrowska.

Pensions have been restructured across CEE over the past ten years. Poland has replaced the former state system with a privately managed pension fund. In Hungary, the government has contributed to a two-tier compulsory savings system. Both countries, however, have discovered the high cost of those overhauls. “Hungary stopped paying into the two tiers, and grabbed the assets accumulated there, producing a budget surplus last year,” says Montalto. The Polish government slashed its contribution from 7.3% to 2.3%, for a short run fiscal boost, but left the system intact. “The Czech Republic has taken the opposite direction, by forcing people into private savings,” Montalto adds.

PRIVATE OWNERSHIP
In the early 1990s, Western companies, motivated by low-cost production centers and opportunities to penetrate fresh markets, joined the fray in investing in the slew of companies being privatized in the CEE. “That’s how those governments initially survived. In most countries there was one big player in each industry. Some firms were privatized to managers, but generally either full or partial interests went to Westerners, who had more money,” says Keith Brouthers, professor of management at North Carolina State University. At that time, Hungary went through a Big Bang process—a number of privatizations all at once. The transition was more gradual in the Czech Republic and employed public voucher programs to involve the population, rather than just strategic investors.

Over the past decade, the Czech Republic has been most receptive to foreign direct investment. It still actively courts and receives FDI, thanks in part to its large range of manufactured consumer durables, like clothing and cars. Poland, by contrast, underperforms versus its neighbors for FDI and competitiveness, despite its relatively larger economy. It tends to be “more laid back and passive,” in Montalto’s words.

Poland ran an ambitious privatization program in 2010 and 2011—raising $9 billion in each of those years primarily in electricity production and distribution, as well as the telecom sectors. But this year’s goal is a more modest $2.8 billion. “Although they are now trying to privatize the mining sector, red tape has been prohibitive to investment,” Dabrowska notes.

Of those firms that were not sold off to foreigners, some were successfully restructured—with local authorities retraining managers and personnel, updating technology and improving HR (human resources) policies, such as compensation. “They got rid of seniority systems, brought in pay for performance and instituted some huge layoffs—a difficult thing to do in state-owned companies,” says Brouthers. Entrepreneurship has also flourished. “Czechs, who had fought against the command economy [where market supply and prices are controlled by the central authority], retained more of their own entrepreneurial drive than the others.”

"We were used to emerging markets causing contagion in developed markets. This time, in reverse, the Western institutions that helped Eastern banks transition to a market economy turned out to be the vulnerability"

Schepers is optimistic that economic growth levels will be higher in the medium term for the CEE, despite some uneven progress over the past few years. He says: “Economic structures under communism did not let them live up to their full potential.”

The region remains comparatively underbanked, with potential for infrastructure, corporate and consumer finance. There will be some backsliding. But giant strides in average GDP per capita, educational levels and the rule of law will eventually close the growth gap with the West.