WITH A COOL HAND

China is taking advantage of the European crisis to make strategic investments in the Continent and encourage companies to pick up cheap assets. But the Asian nation is taking a slow and considered approach to investment in ailing Europe. 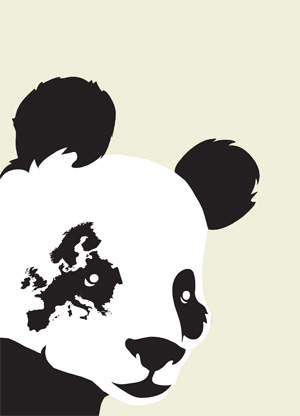 China's economy has long been seen as a beacon of growth for the world while its fiscal stability appears impregnable. Europe stands in stark contrast. Its reputation lies in tatters; its economy veers from crisis to crisis; and its currency remains under pressure. Yet in February, Chinese premier Wen Jiabao chose to ally his country with Europe to a greater extent than ever before, describing China's support as "sincere and firm."

Wen's backing for Europe wasn't a one-off. China's involvement in Europe is increasing across the board. The latest estimates are that a record share of China's foreign reserves are in euros (China does not break out its holdings, but the share in US dollars is calculated to have dropped to a decade low of 54% in mid-2011), while Europe is now China's largest export market.

Meanwhile, China's direct investment in Europe is increasing. China Investment Corporation's (CIC) purchase of an 8.7% stake in the UK's Thames Water in January is just the latest in a string of European acquisitions by China's sovereign wealth fund. Europe's politicians have courted CIC in the hope that it will buy European government bonds. To date, however, its chairman and CEO Lou Jiwei, has focused on infrastructure and industrial assets: CIC's disastrous investments in Blackstone, Morgan Stanley and other financial firms in 2007 have discouraged it from straying outside its comfort zone.

Perhaps most important, China's companies are also increasingly acquisitive in Europe. "The government has fueled outbound M&A by Chinese companies via its 'going out' strategy, which involves supporting firms looking to invest overseas," explains Anthony Siu, head of Asia investment banking at capital markets firm Baird. "[They] are in position to capitalize on opportunities in Europe stemming from the flagging economy and constrained credit."

That China's importance to the global economy continues to increase is beyond dispute. It is logical therefore that the country is interacting with Europe to a greater extent than in the past. However, its escalation of engagement is significant. It suggests that China is making a strategic choice to increase its exposure to Europe relative to that of other markets—the US, for example.

Although Wen's support for Europe in its debt crisis may have been couched in the language of fraternal support, it is safe to assume that China's motivation for greater engagement with Europe is not altruistic. Understanding China's goals in its dealings with Europe is therefore critical to assessing the economic and financial outlook for the region—and, consequently, in considering the trajectory of the global economy.

At a macro level China's increased support for Europe is explained by three things, according to Marco Annunziata, chief economist at General Electric. "Firstly, it is clear that a disaster in the eurozone—such as a breakup or series of defaults—would have huge consequences for the global economy, and therefore for China. Given that this is a year of political transition in China, avoiding a crisis is the highest priority."

Secondly, China is eager to show that it has become bigger, more important and a more responsible player on the international scene, according to Annunziata. "Of course, it can lend its support to Europe through its involvement in the IMF, but direct support of the kind we have seen recently sends a more powerful message. Thirdly, support for Europe is a useful bargaining tool in relation to acquisitions and trade: It buys influence."

The impression given by China in its interactions with Europe, compounded by the secrecy of the world's most important autocracy, is one of a monolithic force. However, Alberto Forchielli, managing director, Mandarin Capital Partners, which is the largest Chinese-European private equity fund, says that it is important to differentiate between the various economic and political entities that drive the country's actions overseas.

"China's involvement in Europe—its investment in sovereign debt, investment in infrastructure and investment in companies—is often thought of as a single phenomenon, but it is really three separate phenomena," notes Forchielli. China's purchases of minority stakes in a handful of listed European companies and its purchases of European sovereign debt—estimated at $800 billion—are handled through the State Administration of Foreign Exchange. The FX administration manages China's reserves—the world's largest at $3.2 trillion.

China's investment in European infrastructure, which is wholly focused on existing assets as it does not have the appetite to take the political or environment risk associated with greenfield projects, is primarily through CIC. Direct investment in foreign entities by Chinese firms is determined by the companies themselves.

However, although investment strategies may be largely decided by individual entities within China, it is also wrong to see them as entirely autonomous. "China is a well-oiled machine when it comes to projecting its interests globally," says Annunziata at General Electric.

China's government has a strong hand in directing the economy, so even private companies follow its strategic lead and, in turn, enjoy backing in terms of finance from state-owned banks, notes Annunziata. "CIC deploys its vast financial resources in support of China's industrial strategy, including through the provision of financing for acquisitions by companies. That can provide a crucial competitive advantage."

Similarly, while M&A decisions are driven by companies, the government, at a macro level, does provide some guidance on which industries and sectors are preferred for investment, says Zhang Xiuping, head of Asia M&A at Bank of America Merrill Lynch. There have also been instances where Chinese regulators have explicitly blocked acquisitions they did not favor, such as the purchase of General Motors' SUV brand Hummer by a Chinese machinery firm in 2010.

Of the three ways in which China is investing in Europe, it may be outward M&A by Chinese companies that has the most important long-term implications for Europe. The increased proportion of China's reserves held in euros provides a high-profile signal of China's intentions toward the region, as well as a useful hedge to protect Chinese exporters from euro devaluation. CIC's activity in Europe is a tangible indication of China's financial strength. But direct investments by Chinese firms into Europe are growing rapidly.

"During the past two financial crises, Chinese companies have accelerated their outbound M&A activity [for] two main reasons," explains Zhang at Bank of America Merrill Lynch. "Firstly, they have continued to have access to liquidity from domestic banks, and secondly, the scope for growth within China for some of these companies is limited."

For example in the oil and gas sector just three companies control almost all the resources, so any acquisitions tend to be overseas. In the mining industry, where there are perhaps 60 companies but there is no clear market leader, consolidation can be difficult as minority-stake-holding local governments may resist giving up control. Instead companies look overseas, where the playing field is more open.

William Fong, senior investment manager at Baring Asset Management, says that Chinese companies also enjoy the luxury of strong domestic demand, which creates huge piles of cash. "They are looking to use this excess cash flow to expand," he adds. However, there may be a limit on Chinese firms' attraction to European assets, according to Fong. Chinese companies are interested primarily in raw materials, because they can't obtain them domestically, he says: "Europe lacks [natural resources] companies, so that will limit Chinese appetite for M&A in the region."

But not everyone agrees with this point of view. "Chinese companies [also] want advanced manufacturing, technology know-how and brands," says Forchielli at Mandarin Capital Partners. Europe, despite its troubles, has plenty of companies with all three characteristics.

Annunziata at General Electric says that technology and well-branded consumer products are of interest because "such things take a long time to develop." He adds: "Acquiring a brand or an existing technology can enable them to leapfrog the competition."

The most prominent recent example of this type of acquisition is Chinese firm Geely Auto's purchase of Volvo from Ford for $1.8 billion: At a stroke, Geely gained prestige and technological capabilities. Research by Baird shows that four of the top six outbound target industries since 2002 are sectors with high brand relevance: computers and electronics, finance, professional services and consumer products.

However, market entry is not usually the primary motivation for acquisitions, according to Forchielli. "After all, foreign markets are growing much slower than China's. [Instead the aim is] to strengthen their position in the domestic market. In order to differentiate themselves in the domestic market on something other than price, there is a requirement for technology, design or status branding—all of which can be obtained through an acquisition."

Europe has plenty of high technology and globally-recognized brands at discounted valuations right now, which makes European assets particularly attractive to Chinese companies. "Most opportunities that Chinese corporates have capitalized on in recent years are ascribable to the crisis, such as the acquisition of Ferretti, the debt-laden Italian yachtmaker, and Italian racing car company De Tomaso," says Annunziata.

Both Ferretti and De Tomaso suffered a decline in demand and experienced difficulties accessing financing, as European companies are far more dependent on bank lending, which has been sharply reduced, than those in the US, for example.

The crisis has also reduced any resistance by European governments to takeovers by Chinese companies. "In the past, governments might have provided funds to ensure companies such as Ferretti and De Tomaso did not have to be sold to overseas buyers, but now they have so little money, they are forced to have a more open-minded view," says Annunziata. "The process of creating opportunities has been accelerated."

In countries where the economic crisis has been less severe, governments remain unwilling to allow so-called "national champions" to be acquired by Chinese companies. "Political developments in the US, Canada and Australia have made meaningful deals more difficult for Chinese companies," says Zhang at Bank of America Merrill Lynch. "In contrast, Europe [is] fairly open to foreign acquisitions."

Although Chinese companies may have the financial firepower and ambition needed for M&A, they can still run into trouble. Alberto Forchielli, managing director, Mandarin Capital Partners, says that the track record of many Chinese companies in making European technology acquisitions is poor. “For example, TCL’s purchase of Thomson in 2004 to get access to developed markets created the world’s largest TV company.” he notes. “But it ended in failure, with factories closed and brands such as RCA gone forever.”

The reason for many failed acquisitions by Chinese companies is usually a lack of experience. “It’s always difficult to consolidate companies with different cultures, especially if the Chinese acquirer is small and is taking over a larger global brand,” says William Fong, senior investment manager at Baring Asset Management. “It’s easier to impose a new way of doing things when a large Chinese company is making a smaller acquisition.” For similar reasons, Fong says, many Chinese firms aim only to acquire technology or patents rather than manufacturing facilities: “It means there aren’t any human resources issues to worry about.”

Of course, there are successful exceptions, such as construction equipment company Zoomlion’s acquisition of Italian rival Compagnia Italiana Forme Acciaio in 2008, which has succeeded despite the crisis that hit the sector, according to Forchielli. “It has enabled Zoomlion to develop a premium brand for the domestic market,” he says. “It is not coincidental that the Italian management have all been retained.”

Zhang Xiuping, head of Asia M&A at Bank of America Merrill Lynch, agrees. “Post-merger integration and lack of global business management experience remain challenges for many Chinese companies,” she says. “As a result, many have taken a practical approach, retaining existing management teams,” and using a hands-off management style outside of China. For example Sany Heavy Industry, which in January announced plans acquire German concrete-pump maker Putzmeister Holding for €360 million, has made it clear that all senior management will remain in place.