The offshore renminbi market has been growing rapidly, but its character is changing. 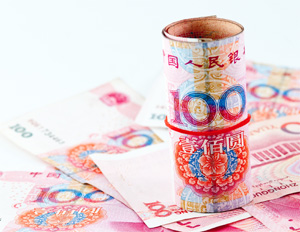 Were it a new model car, the market for offshore renminbi trading might be dubbed the “Inexorable”—but for a few glitches in the wiring. Offshore trading of China’s currency has been growing at a rate that has left banks scrambling to adjust to new transaction levels and made governments suddenly alive to the opportunities of becoming trading havens to this burgeoning market.

Transactions have soared. Payments made offshore in renminbi grew 14.8% last year over 2010—a stunning number compared with average global growth of all currencies of 0.7%, according to SWIFT, the cooperative organization that develops common standards for financial transactions. China’s currency outpaced its fellow BRIC nations’ in offshore payments, with India scoring 7% growth, Russia 4% and Brazil 2%.

Lisa O’Connor, head of renminbi internationalization at SWIFT in Hong Kong, says that for the past two years global banks that are main dealers in the currency “have been asking us how can you [SWIFT] help us?” She says that in mid-2011, SWIFT decided put together three task groups, consisting of 74 bankers across 24 institutions, to find ways of smoothing renminbi transaction processing. It also launched a monthly online Renminbi Tracker.

The growth of the offshore renminbi market has become catnip for governments eyeing long-term trade partnerships with China. In January, Britain’s Chancellor of the Exchequer George Osborne flew to Hong Kong to pledge that the City and Hong Kong would launch a joint private sector forum to build cooperation and support for China’s efforts to develop the offshore renminbi market. In the United Arab Emirates banks are starting to offer renminbi bank accounts for corporate clients to boost the currency’s role in the region. Emirates NBD, the UAE’s biggest bank, became the first Middle Eastern issuer of so-called “dim sum” bonds in March, with a RMB750 million ($118 million) two-year bond.

Hong Kong remains the main market for renminbi trading because of its vast deposit base in the currency and its regulatory tie-ups with the People’s Republic. Here the dim-sum bond market is undergoing both a rapid expansion and a change of character.

GROWING APPETITE FOR DIM SUM
Hong Kong has functioned as China’s offshore laboratory to internationalize the renminbi since 2007, when offshore trading was first allowed. And that laboratory has been buzzing. The value of new dim sum bonds totaled about RMB104 billion in 2011, or about three times the RMB35.8 billion issued in 2010, according to the Hong Kong Monetary Authority.

But last year’s surge in dim sum issuance tapered off in the fourth quarter: New bond deals declined 26% over the third quarter to $2.96 billion, according to data compiled by Dealogic. The drop reflected doubts about long-term renminbi appreciation, reducing dim sum bonds’ attraction as a currency play (by borrowing in renminbi and swapping the currency back into dollars later). Bond coupons rose as it became harder to attract investors, and the market stalled.

By February, foreign issuers were testing the waters again—and finding willing investors. Foreign companies raised a combined $438 million in the dim sum market in the first half of March. That compares to $500 million for all of February and $19 million in January. Caterpillar, the US construction and mining equipment manufacturer, came to market with a RMB1.26 billion two-year offshore bond, priced attractively at 2.9%—its third dim sum in two years. Mexico’s América Móvil, a wireless service provider, became the first Latin American issuer in the dim sum market with a RMB1 billion three-year bond with a 3.5% coupon in February.

Clearly, multinational chief financial officers still see the benefit, despite the higher interest rates. McDonalds, for example, signaled that it will return to the dim sum market in 2012, partly to fund plans to add 250 more restaurants in China. Ford Motors, which has a number of joint ventures in the world’s biggest auto market, will tap the dim sum market for up to RMB1 billion later this year.

MATURING MARKET
An easing of controls by Beijing has helped. Before, approval had to be sought from the People’s Bank of China on a case-by-case basis. Under the new rules established late last year, companies must prove they have complied with specific account-opening procedures—both for dim sum bond issuers as well as Chinese onshore entities receiving the renminbi. But they are allowed to file post facto with the PBOC, greatly reducing bureaucratic obstacles and paperwork.

Other elements have fed into the market’s normalization. The Hong Kong Monetary Authority doubled its swap limit with the PBOC to RMB400 billion in November. “That level can provide a lot of liquidity,” says Ivan Cheung, a senior associate at Moody’s Investors Service in Hong Kong.

But perhaps the greatest attraction is that the dim sum market is maturing. Investors are looking hard at the underlying stability of issuing companies for the first time, giving foreign firms with strong credit ratings an edge for better pricing. “Dim sums are moving toward a more credit-risk-based market,” where investors have become far more selective, says Cheung.

DIFFERENTIATING ISSUERS
Differentiation is supported by the fact that dim sums are covenant-light: Unlike high-yield bonds they come largely free of terms that protect the lender. Ji Liu, a partner at law firm Norton Rose in Hong Kong, explains: “If a company has low credit quality, then the risk is higher, and this will have to be priced into the bond sale.”

Discriminating investors taught this lesson to Dalian port, a state-owned dim sum issuer from China last October. The RMB400 million issuance fetched the higher-than-usual price of 5.8%, and its book was covered by RMB450 million from 20 accounts. With six underwriters in the deal, all indicators pointed to a much higher level of subscription.

"The government is extremely calculated in its moves. Growth in the offshore market will be controlled, managed, careful"

One investor who turned away told Reuters that an unrated deal from a “second-tier state-owned enterprise” had little appeal in a market drawing higher-valued issuers. Still, pricing for the Dalian port deal came in slightly below borrowing rates for renminbi in China, where the PBOC’s guidance is around 6%.

DOMESTIC DRAW
Those tight lending conditions are drawing domestic Chinese companies to Hong Kong’s dim sum market. Late last year, Baosteel, the state-owned giant, issued a RMB3.6 billion dim sum bond in a groundbreaking three-tranche series. Baosteel is controlled by the State-Owned Assets Supervision and Administration Commission. It was the first time that Sasac allowed a major state-owned firm to issue renminbi offshore directly, rather than through a subsidiary. Other Sasac-controlled companies are expected to follow. Recent issuances from China include conglomerate HNA Group, owner of Hainan Airlines, which issued a RMB800 million dim sum bond in late March.

Prospects for the dim sum market are heady, but obstacles to growth still exist. The market lacks the critical mass to offer the benchmark yield curves necessary to ignite significant secondary market trading and the development of hedging instruments that would make the market more liquid. Investors still regard dim sum as a buy-and-hold market, according to Frances Cheung, chief strategist for Crédit Agricole in Hong Kong.

“It affects investor appetite, and that’s why people go for shorter durations with about maximums of three years,” says Cheung. Shorter durations could eventually be a concern for non-Chinese issuers, she notes: “They need the durations to match their real economic projects of four or five years.”

GLOBAL EXPANSION
The offshore renminbi market will need to spread beyond Hong Kong to continue maturing. London and the Middle East would attract a larger pool of investors. “Most investors today are Asian, rather than European,” says Cheung. “With trading in London and Dubai, companies would be able to reach a different [investor] base.”

But London and Dubai are coming in late in the day, according to Davide Barzilai, a partner at Norton Rose in Hong Kong. Virtually all offshore renminbi transactions now come through Hong Kong. “The deposit numbers currently in Dubai and London just don’t compare. In terms of a liquid market for the renminbi, Hong Kong is way ahead.”

"With trading in London and Dubai, companies would be able to reach a different [investor] base"

Matt Huang, currency and rates strategist at Macquarie Bank in Singapore, says China is not necessarily interested in having the offshore trading market grow at a white-hot pace. “The government is extremely calculated in its moves,” he says. “Growth in the offshore market will be controlled, managed, careful.”

Kanthadai says that banks are trying to increase companies’ comfort level with renminbi transactions. Multinational companies’ policies, he says, “are not geared to hold new currencies.” They have to create guidelines on counterparty limits, for example. “It’s not an individual decision.” Still, he sees great interest from his client base, so much so that the market could be in for another big growth spurt.

“The market has corrected itself,” Kandathai says, “and the second coming could be the crux” that pushes the renminbi further toward its eventual place as a global reserve currency.