As the Cypriot banking sector imploded in mid-March, Russia, for which Cyprus is an offshore financial services center, was expected to step in and help. 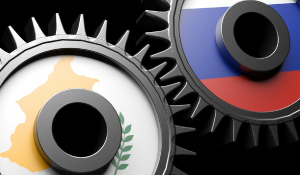 But when Moscow decided to keep its wallet in its pocket, Cyprus had to submit to the demands of the IMF-EU-ECB troika to close down one big bank and impose a painful haircut on another.

The Kremlin had reason to extend a hand to EU member Cyprus, which was home to an estimated $19 billion in Russian deposits. Although some of this was reportedly dirty money, Cyprus was also home to legitimate Russian business, thanks to a dual taxation treaty between the two countries. Russian banks had $40 billion in loans to Cypriot companies. About a quarter of Russia’s total foreign direct investment came from Cyprus—it was recycled Russian money going back home, only at a lower tax rate. Politically, saving a member of the EU from macroeconomic death would have been a bear-size diplomatic coup at a budget price. And by saving Cyprus, Russia could have shown its former satellites in Eastern Europe and Central Asia that it’s an all-weather ally.

But president Vladimir Putin recently pushed capital flight, long a cancer of the Russian economy, up the agenda. Being seen to support dirty Russian money in Cyprus would have sent the wrong signal to oligarchs with hot money, as well as to Putin’s core political supporters. Besides, even though the EU waited for Cyprus to cry mercy, it likely would not have stood by while Russia took over the Cypriot economy.

Moreover, the actual exposure of Russia to Cyprus is less than meets the eye. Cypriot subsidiaries of Russian banks suffered only minor collateral damage. Most of Russian banks’ lending exposure is to de facto Russian entities that can meet their obligations on shore. Russian deposits in the two worst-off banks were minimal.

Post-Cyprus, Russian offshore money will have to find a new home. Russia, and its money, will be wary of the cavalier attitude of the EU when it comes to applying the rule of law. Finally, countries in Russia’s near abroad are forewarned: When in trouble, don’t bother knocking on the Kremlin’s door.