The global oil and gas industry is changing rapidly, prompted by anxiety over supplies and a wave of mergers that has left just five titans dominating the market. 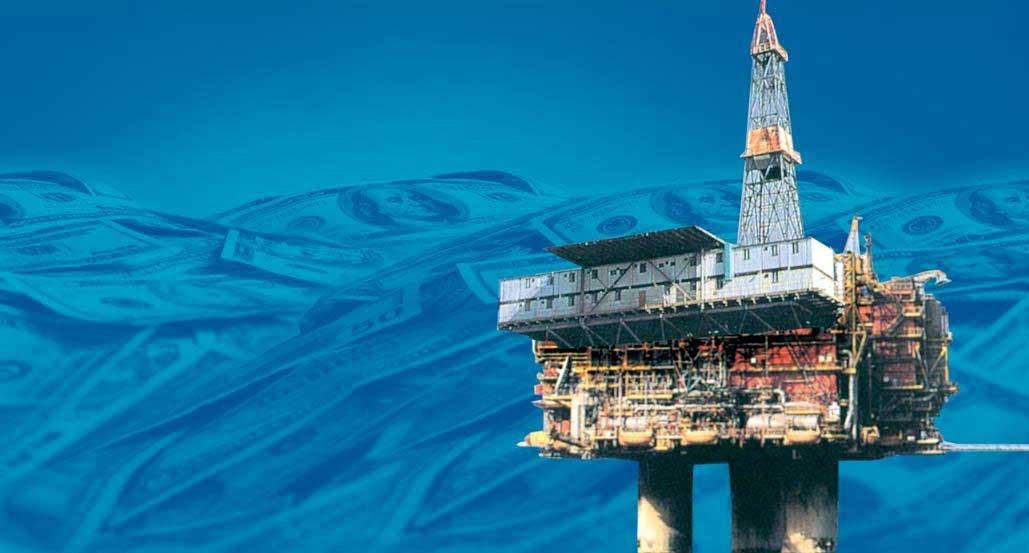 As the threat to oil supplies from the Middle East mounts—with its nightmare potential to send world prices to $50 a barrel—Western governments and companies are making unprecedented efforts to reduce their dependence on the region.However, the exercise will come at a cost: Industry experts believe the discovery and development of alternative sources of oil and gas will require about $30 billion of expenditure each year over the next decade.

Because most of the investment will need to go into regions that are geographically or politically difficult— or both—the oil industry and its bankers will need to consider different ways of financing some of its operations.

Ironically, the requirement for change comes when the industry has more capacity than ever to fund itself in the traditional manner—from the balance-sheet resources of its leading companies. The wave of megamergers in the industry initiated by BP’s takeover of Amoco in 1998 has produced five industry titans, each of which are probably capable of financing any project in the world in this way.Whereas pre-1998 only Exxon (now even bigger as ExxonMobil) and Royal Dutch Shell were in this league, they have now been joined by BP,TotalFinaElf and ChevronTexaco.

Jeremy Wilson, head of energy at JPMorgan Chase, says these companies will probably account for about 90% of the $30 billion or so that the industry is likely to invest each year and will continue to finance much of it from their balance sheets. In most cases, he says, they are unlikely to use limited-recourse project finance, where banks lend against the security of the project rather than the company undertaking it. “The BPs, Shells and ExxonMobils of this world don’t really like project finance,” he adds.“It is incredibly labor intensive to put in place.”

The high oil prices of the past three years have left the industry giants swamped with cash, which would give them even less incentive to look at more time-consuming and expensive means of raising finance.

This is certainly the case for pure upstream—oil extraction— projects, where the crude oil can be readily loaded into tankers and dispatched anywhere in the world. The big deep-water projects planned off Brazil, Mexico, Indonesia, Nigeria, Angola and Equatorial Guinea all fall into this category. But as the industry seeks to diversify its sources, the delivery to market will not be so straightforward and will require the construction of pipelines that are subject to governmental agreement and regulation.

“The view has formed that ‘political risk insurance’ of financing on a project basis is something that is very valuable,” says Tim Eggar, the vice chairman of corporate finance at ABN AMRO who was the UK energy minister in the early 1990s. He adds that the involvement of international funding institutions, such as the World Bank, regional development banks and export credit agencies, in financing projects offers the big oil companies considerable reassurance:“They see that as a way of getting governments to address what are often quite thorny issues.”

The most striking example is the $3.7 billion project now under way to build a 1,768 kilometer pipeline from the western side of the Caspian Sea to the Turkish Mediterranean.The largest shareholder in the Baku- Tblisi-Ceyhan (BTC) pipeline project is BP—traditionally the most averse of the oil majors to non-balance-sheet financing.However, the British company orchestrated an immensely complex package of external finance for the project—involving multilateral loans, export credit cover and political risk insurance— that should be in place by the end of the year.

The BTC project company and its adviser, Lazard Brothers, sent out an information memorandum to 20 banks on September 25 seeking participants in just under $1.2 billion of syndicated debt.ABN AMRO, Citibank, Mizuho and Société Générale are already on board as the initial mandated lead arrangers, committed to underwriting $120 million of the debt.The other 20 have been asked to come in at the same level or as lead arrangers with a $75 million underwriting commitment.

Andrew McAuslan, the BP executive who is the BTC commercial manager, says the company hopes to close the financing in December. The arrangers would then syndicate their debt early in 2004.

McAuslan says BP now appreciates the advantages of using external finance in such situations and may do so again—if not necessarily on such a scale. “Having the multilaterals present is good as a political risk mitigant. I think our experience here will push us to do some smaller financings, where there is a development agenda,” he explains. 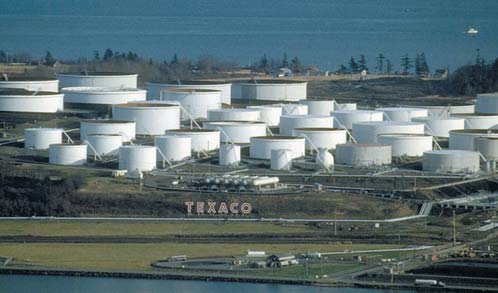 Another factor encouraging Western multinationals to employ more external finance is the increasingly common requirement to include the state-owned oil companies of host nations in projects.Azerbaijan’s Socar has a stake in both BTC and its associated upstream development.

“We’re seeing a lot of the big boys use project finance because they’ve got state-owned oil companies that want to be carried,” says Terry Newendorp, chairman and CEO of financial adviser Taylor de Jongh. Such companies do not have the balance sheets to meet their cash calls, and the multinationals see collective external financings as the best way to solve the problem. While they could finance the projects more cheaply themselves— and 'carry' the indigenous partners’ shares until they could be repaid from revenues—the importance of imposing 'capital responsibility' clearly overrides the cost consideration.

Russia is set to attract the largest investment over the next decade;ABN AMRO estimates it could be as much as $50 billion over the period. And while big oil seems prepared to pour billions of dollars into the country in corporate investment—BP agreed in August to pay $7.7 billion for 50% of the Russian oil company TNK, and ExxonMobil is discussing a $25 billion investment in Yukos—this will not meet all the requirements.

The Russian gas monopoly Gazprom, for instance, has been exploring the potential of a $10 billion LNG project in partnership with ConocoPhillips to exploit the estimated 3.2 trillion cubic meter reserves of the Shtokman field in the Arctic Sea.The field development would probably cost as much again, and neither party could possibly meet such an outlay from their present resources. Gazprom indicated in August that it would be looking at different funding methods, including project finance.

“The big Russian oil companies are unlikely to be able to finance the projects out of cash flow,” says Eggar at ABN AMRO.“My own view is that there’s going to be a need for significant amounts of external capital.”

Lenders Scramble for a Role 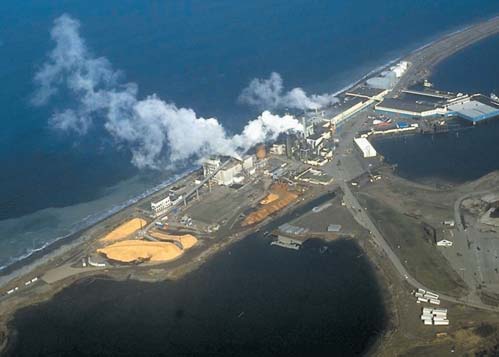 The multilateral lending agencies are certainly keen to increase their involvement. The International Finance Corporation (IFC)—the World Bank’s private-sector arm—and the European Bank for Reconstruction and Development (EBRD) both took part in the BTC financing and are looking toward other big projects.

Kevin Bortz, head of the natural resources team at the EBRD, believes the proposed pipelines from Russia and Kazakhstan to China offer scope for the bank’s involvement— as do some of the huge, remote upstream projects. In both cases, sponsor awareness of the bank’s potential contribution is growing.“In the end they do see what we bring from the point of view of politically stabilizing projects,” Bortz notes.

As part of the World Bank, the IFC’s remit is to promote best practice in these regions in regard to environmental and social policies. It is also pushing for greater financial transparency, although its exact requirements in this respect are still subject to internal debate and will not be finalized until the World Bank determines the extent of its future involvement in the extractive industries at the end of this year.

The IFC remains committed to working with Western sponsors in these regions, however, and is keen that its policies do not jeopardize their involvement.“From our side, we will stretch as far as our clients need us to stretch,” says Taverner.

There will also continue to be a lesser requirement for corporate finance in the upstream oil and gas sector around the world, as the majors continue to divest assets in mature regions to pursue the giant reserves in new provinces. John Scott, the head of oil and gas advisory at Standard Bank in London, points to the UK sector of the North Sea, where a new breed of capital-light independent operators is seeking the finance to put together portfolios of assets.

Some of these companies are facing a challenge finding enough banks willing to support them on the back of the assets they are acquiring.“There have been two instances this year where bidders had difficulty finding a bank letter to go with their bid,” Scott says.

Newendorp notes that the disposal programs of ChevronTexaco and ConocoPhillips should see some larger-scale corporate financing over the next 12 months as the two companies digest the synergies of their mergers. “I think there will be more acquisitions coming,” he says.

Newendorp adds that the medium-size companies that are potential buyers of what would in some cases be substantial assets—such as Spain’s Repsol and Norway’s Statoil—may need acquisition finance to complete the deals. Scott adds that Asian buyers, driven by concerns over security of supply, are proving another valuable source of business, while there is still scope for further corporate consolidation in developing markets such as Russia.

“We’ve had two clients in the past 12 months sold,and we’ve ended up with a stronger new credit,” says Scott at Standard Bank (Nordoil was acquired by Rosneft, and the Khanty Mansiysk Oil Corp. was taken over by Marathon). “I think the big Russian oil companies will become oil and gas companies,” he adds.